No change in Germany: Angela Merkel will stay on as chancellor. Germans like constancy. However, Merkel has some major tasks to fulfill during her fourth term in office. 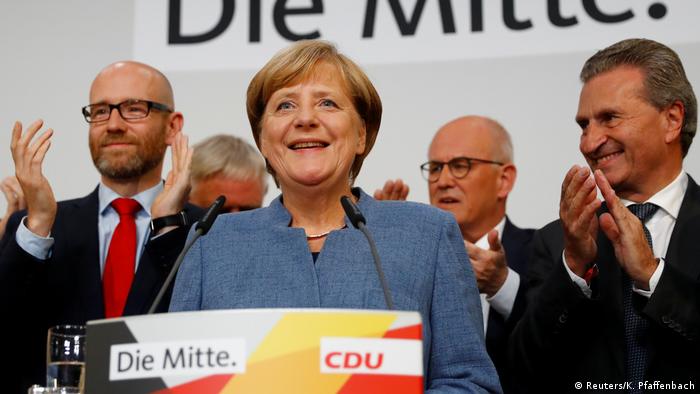 For the chancellor, this result is simultaneously a validation and a dressing-down. Her CDU party has polled around 33 percent of the vote – a loss of almost 10 percent compared to 2013. The field of political competition has widened. Not only is the right-wing populist AfD entering parliament for the first time, it will be the third-strongest force within it.

A new challenge for Angela Merkel. However, the election result also demonstrates that, even after suffering considerable losses in the CDU's worst result since 1949, Merkel is still comfortably able to govern.

This is not a political earthquake. The double-digit vote for the AfD was anticipated, as was the Social Democrats' continued decline. The free-market liberal FDP has returned to the Bundestag, which means that Merkel now has two coalition options.

The Grand Coalition is unlikely to be revived: The SPD is unhappy in the role of junior partner and won't want to take it on for another term. The only other serious possibility is a three-way coalition consisting of the CDU (black), FDP (yellow) and Green Party (green). This is being referred to as a "Jamaica coalition" after the colors of that country's flag. These are uncharted political waters: It could take quite some time to negotiate the formation of a government.

There will be no experiments. After the election, Germany remains as it was – a political, social and economic quiet zone. The agitation is elsewhere: in Erdogan's Turkey, Trump's USA, Putin's Russia and Brexit Britain.

Many people see these as worrying times for other reasons as well: Populism and the fear of terrorism are rampant. For the most part, however, Germany is pretty calm. This general election could almost be seen as a psychological certificate of health.

Read more: How does the German general election work?

So it's four more years of Merkel – if she hangs on that long. This self-controlled Protestant has the reputation of being a woman of duty: If she starts something, she sees it through. But what exactly will she do?

As a long-term chancellor and the first woman to hold that office, she has already earned herself a place in the history books. What she hasn't yet done is pull off a really big political coup that could be her lasting legacy. Adenauer integrated the old Federal Republic into the West. Brandt's Eastern bloc policies led to Cold War rapprochement. Kohl oversaw German unification. Schröder reorganized the welfare state. How is Merkel going to make her mark? 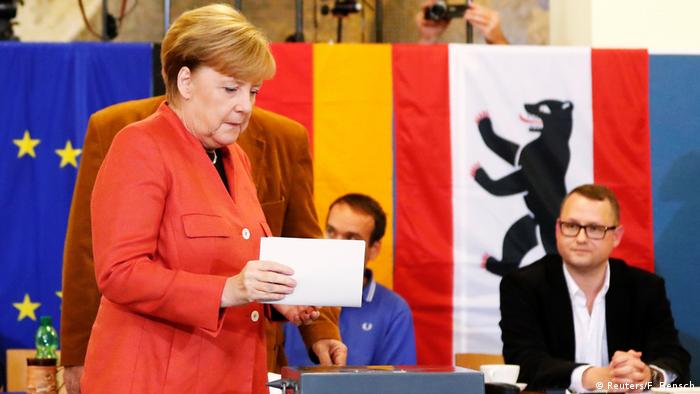 In 2015 she made the surprising decision to open Germany's borders to more than a million refugees. She stuck to her course, between sympathy on one side and outrage on the other. She opposed a cap on immigration, taking the German constitution – which has no provision to limit the right to asylum – at its word. Now she has to tackle the resulting challenges: integrating those who stay, and repatriating "phony" refugees. It's a long-term project.

The EU, too, is in need of repair. The European family is squabbling: Ever the stepchild, Britain now wants to reinvent itself and make its own way in the globalized word. Its departure from the fold still needs to be negotiated. That alone is a mammoth task for Merkel. But the southern EU countries are rebelling, too; they're fed up with the German diktat of austerity. Merkel is seen as the keeper of the Holy Grail of the European ideal, but the debtor countries see Germany as a strongman who's blackmailing them. Merkel wants to – she has to – keep the family together. Otherwise calls for nation states to secede from the union will grow louder.

The trend towards megalomania among her counterparts abroad also weighs heavy on Merkel's shoulders. Trump is not the only one who wants to make his country "great again"; Putin and Erdogan are puffing up their chests and pursuing policies that proclaim their own self-importance. Internationally, Merkel is seen as the "Anti-Trump." She can withstand provocation without giving in to it. Her gestures, facial expressions and choice of words are always restrained. These days, nobody underestimates her. But it wasn't always like that.

Read more: What do the term 'right' and 'left' mean if both CDU and SPD are in the center? 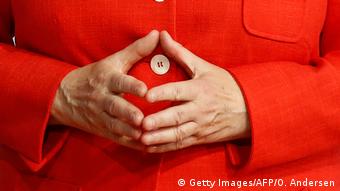 Quiet resilience, and the 'Merkel Diamond'

Merkel made the leap to the Chancellery in 2005. She has governed twice in a Grand Coalition with the SPD and once in coalition with the free-market liberal FDP. One after another, all the alpha males in her own party have come to naught. Some acknowledged of their own accord that they didn't stand a chance against her; those who didn't were showered with praise and tactically sidelined. Christian Wulff got to be German president before a corruption scandal forced him to resign.

Merkel's triumph over her political rivals has been even more impressive. Between 2005 and 2017 she defeated a Social Democratic quartet of four "S" chancellor candidates (Schröder, Steinmeier, Steinbrück, Schulz) more or less single-handed. Policy-wise, too, she has seamlessly absorbed the opposition. The Social Democratic Party has been permanently diminished by her social-democratization of the CDU: Even die-hard SPD voters are defecting to Merkel.

And with her abandonment of nuclear energy, commitment to tackling climate change and refugee policy she has addressed key Green issues. She can even afford herself the occasional luxury: The same-sex marriage bill (a longstanding bone of contention for her party) was brought before and passed by the Bundestag shortly before the election – with Merkel herself voting against. Pragmatism like this has proved an undeniably successful strategy for her. She neutralizes the opposition. It's just that sometimes the CDU isn't sure any more what about her is still conservative. But for a party whose main concern is to hold on to power, the question of the blurring of its image is academic. 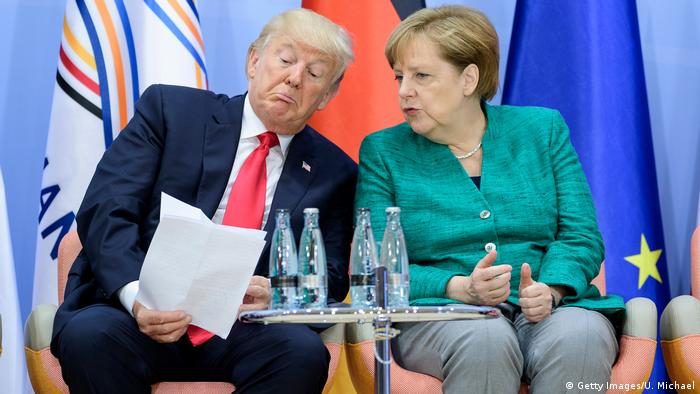 Merkel is seen as the 'Anti-Trump'

Her task from now on: to be the 'Anti-Trump'

Merkel's latest triumph at the elections is primarily based on trust. That was already the case in the last general election, in 2013. She needed only one sentence to promote her candidacy: "You know me." Her political style is similarly presidential. She is almost universally admired. Even young people think she's great. Most people under 25 can hardly even remember a time when Merkel wasn't in power.

To this day she is still only a mediocre orator, but with the "Merkel Diamond" hand gesture – the so-called "Triangle of Power" – she has created a classic of modern iconography. It's a piece of radical political minimalism, and her trademark. Staying calm. It's a peculiarly rare talent, which she must now put to good use if she wants to leave the political stage in 2021 as the consummate chancellor.

The New York Times elected her the "last powerful defender of Europe." Such praise and recognition now become an obligation. For a long time Merkel declined to say whether or not she would stand for a fourth term. Those close to her say it was the election of Donald Trump on 9 November 2016 that prompted her decision. She herself has said in the past that she didn't want to end up a "half-dead wreck," so she must feel she is up to this fourth term, both healthwise and politically. She has a mandate. Now she has to deliver.