Far-right AfD′s surge worries Muslim refugees in Germany | Asia | An in-depth look at news from across the continent | DW | 26.09.2017

The strong performance of the populist Alternative for Germany party in Sunday's election has worried Afghan and other Muslim migrants. They fear that the AfD's anti-immigration agenda may make life harder for them. 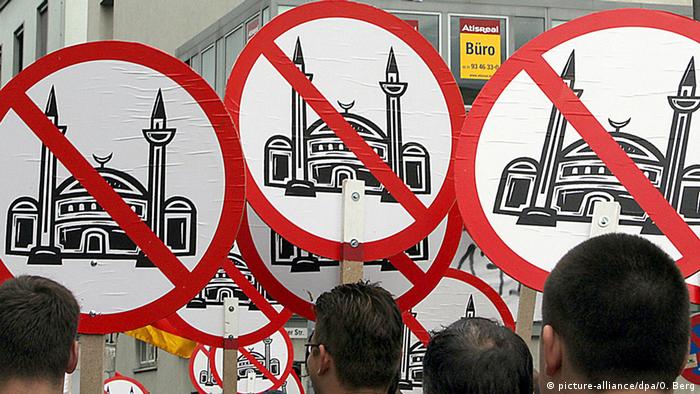 The entry of the populist Alternative for Germany (AfD) into the Bundestag (German parliament) has shocked many Germans, but the anti-immigration party's surge has also unsettled Muslim migrants in Germany.

The AfD gained around 13 percent of votes in Sunday's parliamentary election, becoming the Bundestag's third largest party after Chancellor Angela Merkel's Christian Democratic Union (CDU) and Martin Schulz's Social Democratic Party (SPD). It is also the first time in more than half a century that a far-right group has made its way into the national parliament.

The AfD capitalized on anti-immigrant sentiment in Germany in the wake of Europe's unprecedented refugee crisis. The party vehemently opposes Merkel's pro-refugee policies that have resulted in an influx of over a million refugees from Middle Eastern and North African countries into Germany over the past two years.

The party raised anti-refugee slogans and held protests against what they deem the "Islamization" of Germany.

In her victory speech, Merkel said she would try to win back right-wing voters in her next four years as German chancellor. This raises the specter of the AfD's success forcing mainstream political parties to alter their stance on immigration and push the agenda toward the political right that could result in more deportations and difficult asylum conditions.

"I have been having sleepless nights since the election results came out. I fear the government could deport me to Afghanistan," Kabir Usmani, a Frankfurt-based Afghan asylum-seeker, told DW.

"I left Afghanistan because I feared for my life, but I still live in fear — the fear of deportation," Usmani, who has been living in Germany for three years, added.

Usmani's asylum application has been rejected by the authorities but he still hopes to stay in the country for a longer period.

Even after losing over eight percent of votes compared to the 2013 election, German Chancellor Merkel has bravely defended her refugee policy, insisting that her decision to take in refugees mainly from Syria, Iran and Afghanistan in 2015 was right. But many, even in her own party, are skeptical toward the chancellor's approach.

Read more: Opinion: Sunny days are over for Angela Merkel

The major concern is that in order to win back right-wing supporters, Merkel could be forced to tighten her refugee policy.

"I'm worried about the future. I fear that in order to gain right-wing support, Germany's political parties will toughen their stance towards us," Wafa Khan Wafa, an Afghan refugee living in a village near Cologne, told DW.

Experts point out that the government has already taken a tough line toward refugees. Prior to the election, German authorities decided to resume deportations to Afghanistan that it had stopped after a deadly suicide attack near the German embassy in Kabul in June. 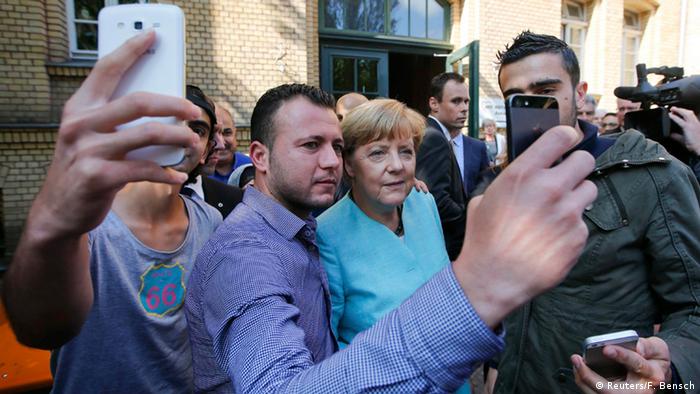 Many refugees have faith in Chancellor Merkel's leadership and benevolence

Belief in the system

Some migrants, however, are optimistic that Angela Merkel won't go too far in appeasing conservative sections of society. They say the AfD cannot undermine secular governance in Germany.

"Post election, the behavior towards foreigners may change to some extent, similar to what happened in the US after Donald Trump became president, but as long as Merkel and other democratic politicians are determined, the system will be protected," a Bonn-based researcher from Pakistan told DW on condition of anonymity.

Afghan refugee Wafa says the new situation demands that asylum-seekers must also do their best to fully integrate into German society.

"It is very important for refugees to integrate in German society and fulfill their duties as law-abiding people so that the public opinion does not shift against them," he underlined.

Exclusive: Afghans should be 'sent back at the border,' says AfD lead candidate Tino Chrupalla 02.09.2021