How the far-right AfD crept into Berlin′s left-wing strongholds | Germany| News and in-depth reporting from Berlin and beyond | DW | 30.09.2017

How the far-right AfD crept into Berlin's left-wing strongholds

The eastern outskirts of the German capital have remained bastions of support for the left ever since the collapse of the GDR. But in the district of Marzahn-Hellersdorf, the far-right AfD made staggering gains. A child in a pink coat cycles across a patch of grass. Surrounding her, pre-fabricated concrete apartment blocks match the pale Autumn sky.

Along one of the wide roads so characteristic of the former East, a single election poster is still left in the carpark of a local supermarket. It's for the neo-Nazi NPD party. It calls for the reintroduction of the death penalty.

This is Marzahn-Hellersdorf. On the eastern outskirts of Berlin, it is a world away from the achingly hip and trendy districts in the center.

WorldLink: What’s going down in the East?

WorldLink: What’s going down in the East?

The Left party won the direct mandate here in Sunday's election – and that's the way it's been for decades. But this is also where the Alternative for Germany (AfD) garnered the most votes in the German capital. More than one-in-five people here voted for the far-right populists, with the party boosting their share of the vote in the constituency by a huge 15 percent.

"What did we expect?" asks one man in his 40s, finishing his cigarette outside a shop. "I've always thought that different cultures don't fit together. The idea that Europeans have to make compromises for the Muslims – I don't know if I can put it like that, but I will anyway – people don't understand that, and neither do I."

But he also wants to make it clear he didn't vote for the AfD: "I like some of their policies, but there are too many right-wingers in there. That's it. If we're not careful, it could develop into the kind of party we've seen before – in 1933."

'Tolerance has to have its limits'

In this part of the city, the Left party lost almost seven percent of its voters to the AfD.

"People do feel somehow forgotten," an old man says as his wife tries to hurry him into the car. On top of concerns about pensions and rising rents, Germany's decision to take in a million refugees has left many feeling the locals aren't getting enough support.

"I think its a shame that the AfD didn't win," says Ronny, a young man in a black jacket and trainers. "As it says on their posters – tolerance has to have its limits. When it comes to the asylum seekers, I've got nothing against them. But seriously, so many, and only in Marzahn and poor areas like this?"

Read more: Fear and understanding after AfD win in Görlitz 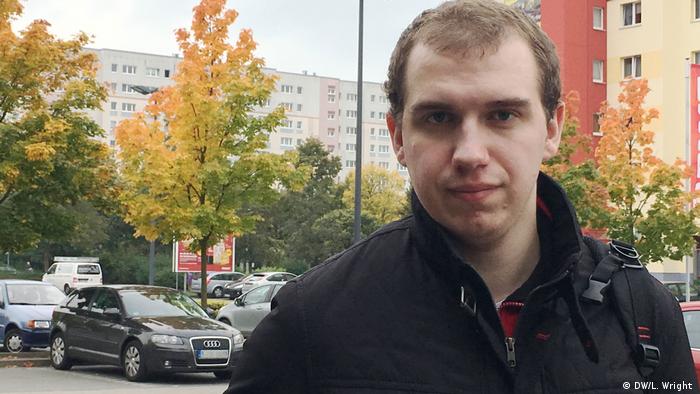 Ronny: 'Other parties have good ideas for the future. But we have to do something about the present'

He slopes off across the car park. Apart from the Vietnamese man quietly selling bootleg cigarettes round the side of the shop, there don't seem to be many migrants around. But almost 3,000 refugees and asylum seekers were housed in this district, according to figures from last year.

That's around 6.5 percent of the asylum seekers living in Berlin. And it's true that Marzahn-Hellersdorf is poor. A local government report from 2015 shows 23 percent of people receive welfare benefits – above Berlin's average 19 percent.

For years, the Left party's focus on social issues has ensured its success in poorer areas of the former East. But the AfD has capitalized on struggling voters in places like Marzahn-Hellersdorf – a source of frustration for local Left party politicians. 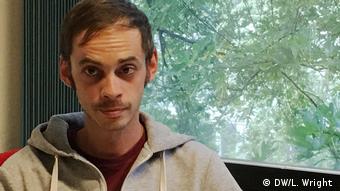 Bjoern Tielebein: 'The Left has to remain an everyday party'

"Lots of people here live in difficult social situations, and they think the AfD has something to offer them," says Bjoern Tielebein, who organized the Left party's local election campaign. "We've tried to make it clear that that's not the case."

"The AfD doesn't stand for social equality, in fact it's the opposite," he says outside his office in the local town hall. "My party has tried to put a clear social program at the forefront of the political discussion, but unfortunately it has been overshadowed in a discussion only about migration and asylum. For us, it's always got to be about social justice, and people aren't going to be better off just because there are fewer refugees here."

But down the road at the AfD's office, that's not the way the party's local candidate Jeanette Auricht sees it. She came second to the Left party's Petra Pau, who has been voted into the Bundestag in the last five elections. 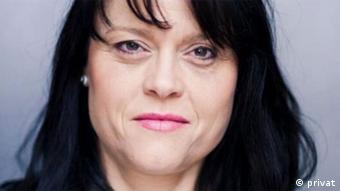 Jeanette Auricht: 'People have understood that 30 years of leftwing politics has not helped them move forwards'

"Of couse we have to help refugees – people actually fleeing war – the AfD has always said that. But we can't bring in a million economic migrants, that doesn't work," Auricht says. "For years, there hasn't been any money for new schools, for infrastructure; libraries have closed, swimming pools can't be refurbished. The money was never there, but suddenly now it is. That's very difficult to explain to people on the street and I also wonder myself where all that money is coming from."

An alternative to the establishment?

But Auricht argues it's not just the migration issue that draws people to the AfD – and its voters aren't only poorer people, either. "It's only been 30 years since we became part of a free democratic country, in which we can vote freely. So party loyalty might not be as strong. And I think a lot of people have memories of the GDR when there was also an imposing partner – Moscow – and people connect that with the EU. A lot of things are decided in Brussels and not in Berlin, and for many people, that's very unsettling."

The AfD has also made gains where the Left has been a victim of its own success, Bjoern Tielebein admits. Some voters no longer see their party as an alternative to establishment politics. "We can't just be a party for election day, and some people seem to think that that's what we're increasingly becoming," he says. "So we've got a serious challenge to get back to that." 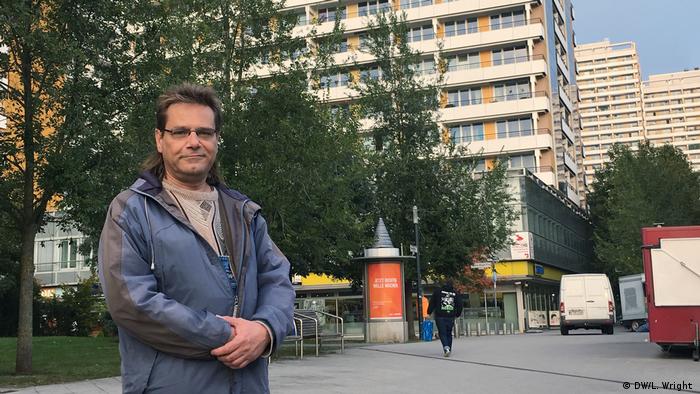 On the square outside the town hall, market traders are packing away for the evening. In denim dungarees and a mullet hairstyle, the market's organizer, Mirko, looks straight out of the GDR.

"All the established parties are to blame, because no one responded to the citizens needs," he says, in a thick East Berlin accent.  "The problems didn't start today, or yesterday, but years ago – that's nothing to do with the AfD. I'm still working now, but when I retire, will I be able to afford my rent? No one can answer me that – or they don't want to."

Many people here say they feel left behind by politics. But a lot are also wondering what the AfD is going to do beyond putting a voice to that sentiment. One pensioner, who grew up in Marzahn-Hellersdorf and experienced life under the Nazis as well as the GDR, said he was horrified by the rise of the far-right. "Most of the people who voted for the AfD are against things without being for anything," he says. "There's a lot of emotion there, but not much reason."

Back at the local supermarket, people wander out clutching enough for a single dinner: a frozen Schnitzel; a chocolate pudding. Whichever way they voted, people here hope the district's election results will force politics to pay attention.