Bavaria′s Christian Social Union: What you need to know | Germany | News and in-depth reporting from Berlin and beyond | DW | 12.04.2021 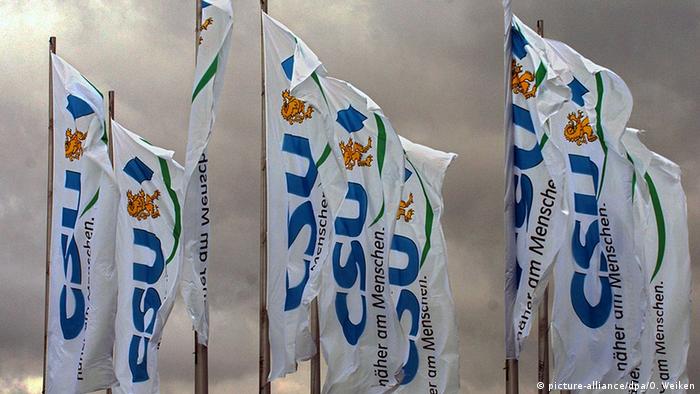 Often dismissed as a mere appendage of the CDU, the CSU is also an occasional thorn in the side of Chancellor Angela Merkel's party. The 2015 row over migration policy being the most recent and manifest example. 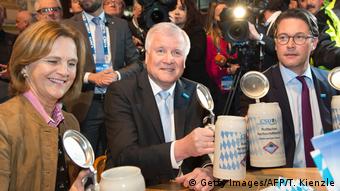 The CSU arose in 1945, immediately after the end of World War II, at a time when conservative parties and associations were coalescing all over Germany. But, whereas the other local conservative parties joined together in 1950 to form the CDU, or were swallowed up by it, the CSU chose to retain its independence.

That was in part because there had traditionally been at least one Bavarian regional interest party in German national politics. The CSU fit this mold, and, after dispatching a couple of rival local parties in the 1950s, it established itself as the dominant force in southeastern Germany. The CSU took over 50 percent of votes in elections in Bavaria for decades.

Because of Bavaria's size, CSU supporters regularly make up 7 to 10 percent of voters overall in Germany's federal elections — the party picked up just over 7 percent of the vote in the 2017 edition. That's impressive considering that the CSU doesn't even run candidates anywhere outside of Bavaria. And make no mistake about this party's pride in its state: If there's an opportunity to demonstrate Bavarian cultural peculiarities by wearing felt hats and lederhosen, rest assured that the CSU will take it. 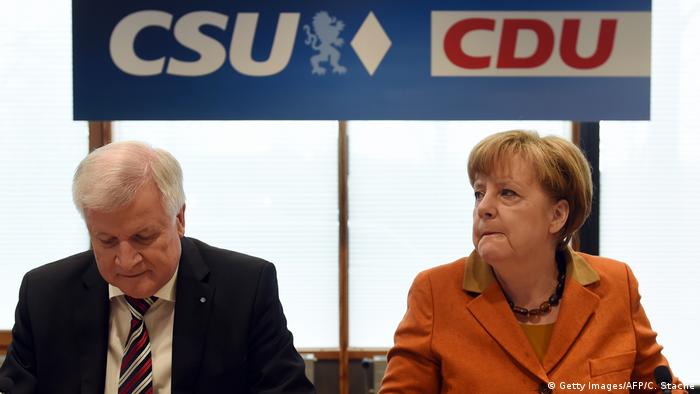 As a rule, the CSU is more conservative than the CDU, especially on religion and law enforcement, while being to the left of the national party on social welfare issues. The difference is contained within the names of the two parties. The CSU takes the term "social" quite seriously, demanding for instance that the state do more to assist stay-at-home mothers.

The party's stance on non-Germans, however, is less generous. The CSU was the force behind the passenger car toll on the autobahn, a tit-for-tat policy with neighboring Austria with nationwide repercussions. And the party also favors quicker deportations for rejected asylum seekers.

Indeed, current Interior Minister Horst Seehofer has publicly criticized Merkel for being too far to the left when it comes to the issue of migration.

On two occasions, the parties have put forward a CSU candidate for chancellor in national elections. Franz-Josef Strauss, a godfather-like figure in the party, ran in 1980, and Edmund Stoiber threw his hat in the ring in 2002.

Neither was successful. Strauss was extremely conservative and failed in a bid to unseat incumbent Helmut Schmidt from the SPD; Stoiber failed to appeal to voters in northern Germany and lost a narrow contest to incumbent Gerhard Schröder. 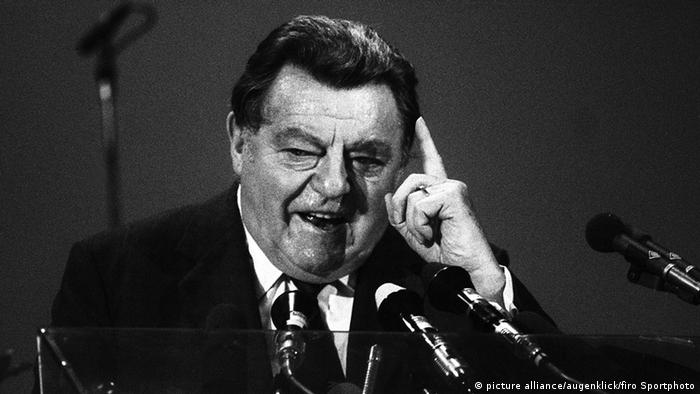 The ultraconservative Strauss was put forward as chancellor candidate in 1980

The party names are often hyphenated as CDU-CSU. This reflects the fact that they function as a single group in parliament.

Gerhard Schröder famously tried to claim election victory in 2005 by arguing that ballots for the CDU and CSU should be counted separately. That would have meant that Schröder's Social Democrats (SPD) secured the most votes — and the mandate to form a new government.

Few people bought that line of reasoning. The majority of Germans most of the time see the CDU-CSU as a single political entity. Nonetheless, Seehofer's attempt to move his party to the right has seen him become more vocal in his demands for policy concessions in return for allying with the CDU.

Theoretically, it would be possible for the CSU, the beer-swigging conservatives in the felt hats and lederhosen, to branch off on their own. In the first three decades of the Federal Republic, there were repeated calls for the CSU to campaign nationally and establish itself as a "fourth force" in German politics, after the CDU, the SPD, and the Free Democrats. But that idea has been defunct for quite some time.

Chancellor Angela Merkel has won a fourth term in office. Here's a look at Germany's political parties, who they are and what they want. (28.07.2018)