A study has found most Turkish Germans feel at home in Germany but maintain a strong connection with Turkey. It comes as Mesut Özil's decision to quit the national football team sparks an integration debate in Germany. 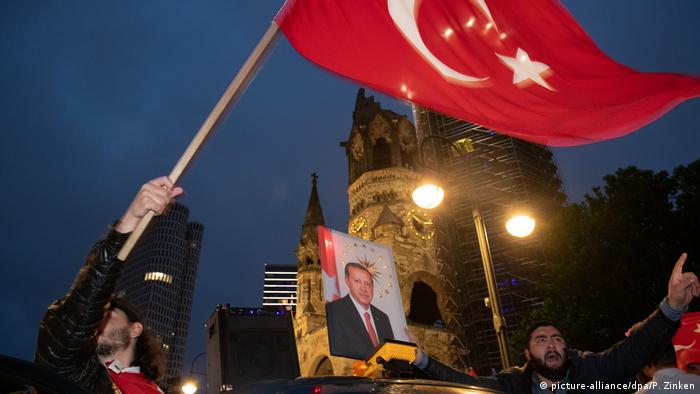 A study from the Center for Turkish Studies at the University of Duisburg-Essen in Germany has found that most of the 3 million people with Turkish roots living Germany feel more strongly connected to Turkey than to Germany.

The study was released one day after German footballer Mesut Özil announced he was quitting the national team citing racism as the reason, after he was criticized for meeting with Turkish President Recep Tayyip Erdogan in May.

The Mesut Özil affair: German football player Mesut Özil announced he was quitting the German football team on Monday, after he came under fire for meeting with Turkish President Recep Tayyip Erdogan in May. The move saw some German politicians and fans question Özil's loyalty to Germany. Özil said he was treated as being "different," saying "I am German when we win, but I am an immigrant when we lose." Following Özil's announcement, a spokeswomen for German Chancellor Angela Merkel on Monday said the majority of the about 3 million people with Turkish heritage who live in Germany are well integrated and that people with migrant backgrounds were welcome in Germany.

Turkish politics in Germany: In the June Turkish presidential election this year, nearly two-thirds of votes cast by the Turkish community in Germany went to President Recep Tayyip Erdogan, which was more than the support he averaged in Turkey. Relations have been strained between Germany and Turkey since a failed coup against Erdogan in 2016 and the subsequent crackdown that followed

Racism in the classroom: Another study, released on July 23rd by the German University of Mannheim, found prospective teachers gave poorer grades to students with a Turkish name despite their work having the same number of errors as their German counterparts. The study saw 204 teaching students aged 23 grade papers with the same number of errors, one half of the group had papers written by "Max" and the other papers written by "Murat." The teaching students derived different grades, with the supposedly Turkish students receiving poorer marks.

Berlin Commissioner for Integration and Migration Andreas Germershausen told DW that the German-born soccer star leaving the national team due to 'racism and disrespect' points to a frightening trend in German society. (23.07.2018)