Is Erdogan's Turkey on the edge of a crash?

The Turkish lira is falling, prices are rising. Experts warn that the Turkish economy is close to collapse, but President Erdogan wants growth at any price — and even more power. Julia Hahn reports from Istanbul. 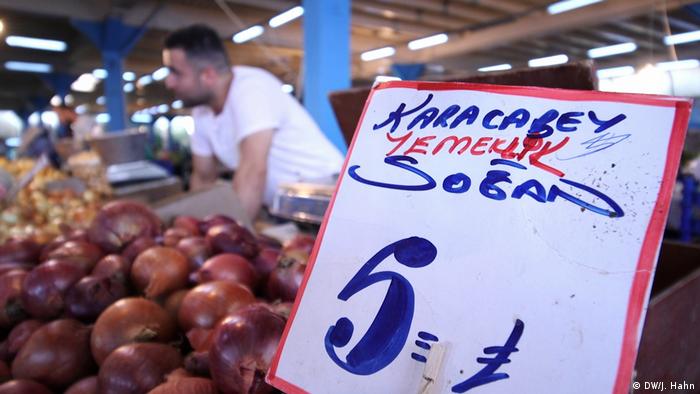 At least the "potato crisis" seems to be over since prices are falling again. But recently a kilo cost up to seven lira (€1.25, $1.50), four times more than it cost a year ago. The prices for onions, tomatoes and other staples have also risen sharply.

Inflation is now an everyday part of life and can be felt everywhere. Its effects can be seen while shopping, at the gas station and in increasing rents.

"Everything is getting more and more expensive. There are many things I can't afford anymore — let alone a holiday," complains a customer at the fruit and vegetable market in Istanbul's Sisli district.

Artichokes, fresh mint, melons, grapes, the common figs — all of them from farmers in the region. The selection is great, but prices fluctuate. "We now pay double for many foods," says a man at the neighboring stand. "The government is to blame and it must finally do something." 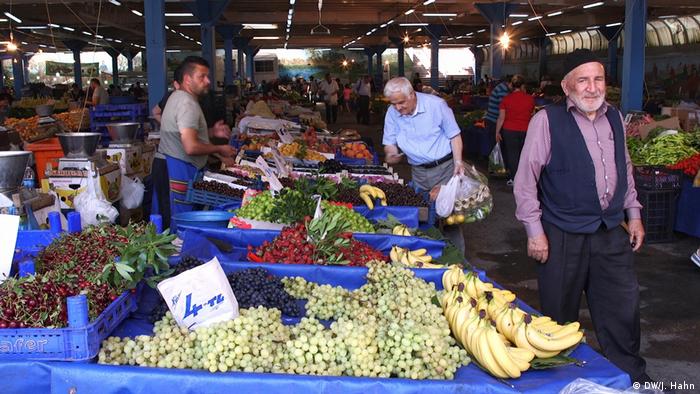 The Turkish economy has recently grown by 7.4 percent, a rate which is even higher than that of the Chinese economy. But at the same time the current account deficit is rising, the lira has lost more than a fifth of its value against the dollar and the euro since the beginning of the year and inflation is at a record level of 15 percent.

The economic situation has not been this bad in years. Recently, the rating agency Fitch downgraded Turkey's creditworthiness further into junk territory: the credit rating of the country is now BB with a negative outlook. This puts Turkey on par with countries like Guatemala or Costa Rica.

But President Recep Tayyip Erdogan seems to worry little about rating agencies. And after his reelection in June, he is now more powerful than ever. Now he is head of state, head of his party and head of the government — all in one person.

He is promising his country a glorious future. "Our economy is on the right track and everyone can see how we invest," the Hurriyet newspaper quoted him as saying recently. Turkey will soon become "one of the ten largest economic powers in the world," Erdogan promised after his swearing-in for his current term.

Even during the election campaign, Erdogan announced that he would strengthen his control over monetary policy in the future. Investors are worried about the independence of the Turkish central bank. Only last week, the president issued a decree allowing him to single-handedly appoint the bank's two highest officials. In addition, the decree reduces their terms in office from five years to only four years.

"Not only the central bank but all the institutions and individuals are under the sway of Erdogan. In the sense that we don't have any freedoms or we can't even take the simplest decisions without his permission," says economist Atilla Yesilada. "If the central bank would not be controlled by Erdogan it would have reacted at least two years ago, when inflation started rising, by raising interest rates." 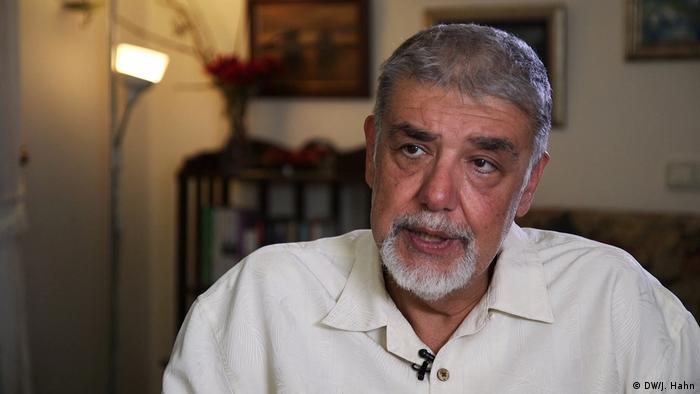 Most economists view interest rate increases as an important tool to stabilize a currency. But according to Erdogan's very own economic theory, higher interest rates are "the cause of all evil" and jeopardize economic growth.

For this reason, the president regularly insists on not raising base interest rates. The next official interest rate decision is scheduled for July 24, and it is still unclear how the central bank will react this time.

Son-in-law to the rescue

Erdogan's tendency to seize all decision-making power has deeply unsettled markets. Now it is up to 40-year-old Berat Albayrak to regain the business world's confidence.

As well as being minister of finance and treasury, Albayrak is also married to Erdogan's daughter. He studied business administration in Istanbul and the US, and was energy minister in the last cabinet. Nevertheless, he is considered a relatively inexperienced politician who has simply been given a key position by his father-in-law.

Up to this point the chief economic advisor had been former Deputy Prime Minister Mehmet Simsek, an ex-Merrill Lynch economist who was considered investor-friendly and someone who even dared to contradict Erdogan. Now since the office of prime minister has been abolished, he will no longer be in the cabinet.

But son-in-law Albayrak has promised fiscal discipline, structural reforms, an independent central bank and measures against inflation. "In normal times, I would give him the benefit of doubt. He should be given time to prove himself," says analyst Atilla Yesilada. "Unfortunately, these are extraordinary times … At a time like this you need experienced pilots flying the plane."

Albayrak must now deliver, says Yesilada, otherwise Turkey will face a financial crash. "By the fourth quarter of this year, the economy will start shrinking, unemployment will rise from 10 to 12 percent, the Turkish lira in best case scenarios would loose another 10 percent against the dollar and we will have a spate of bankruptcies in the corporate sector — not large corporations, but among small and medium enterprises," predicts the analyst, adding that the country will more than likely soon have to ask the IMF for financial help.

This scenario would not only impact Turkey itself but also have consequences for Europe, because many Turkish companies are highly indebted to European financial institutions.