Recep Tayyip Erdogan: The sultan of 21st-century Turkey | Europe | News and current affairs from around the continent | DW | 08.07.2018

Turkey's new presidential system will officially enter into force on Monday. That will give President Recep Tayyip Erdogan powers that no democratically elected leader of Turkey has ever had. 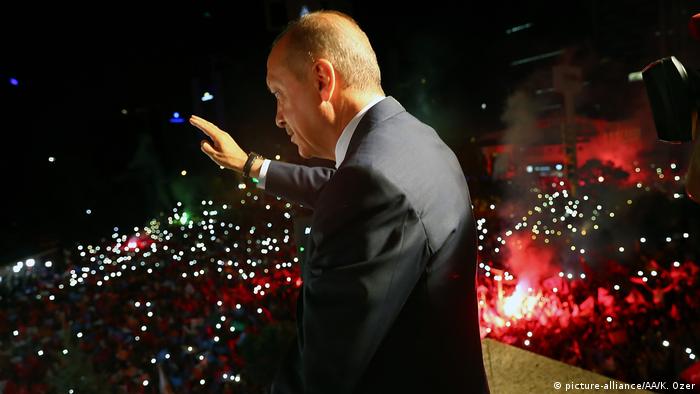 On July 9, President Recep Tayyip Erdogan will take his oath of office in parliament. Turkey will thus officially move from a parliamentary system to a presidential system. Just 13 years have passed since Turkish officials started EU accession negotiations. At the time, it seemed that democracy, freedom of expression and social harmony were growing.

Now, however, Turkey is preparing to endow its increasingly Islamist, nationalist and authoritarian president with an unprecedented amount of power. The abolition of parliamentary control gives Erdogan sole power over the executive branch of government. And, through his power to appoint important judges, he will also control the judiciary.

Ersin Kalaycioglu, a senior scholar at Sabanci University's Istanbul Policy Center, said the potential consequences remained unclear. "So far, the new system has only been discussed with us in broad lines," Kalaycioglu said. "This means that neither the public nor political scientists know the exact details."

Erdogan has repeatedly stressed that other democracies also have presidential systems. However, Turkey's differs considerably from the US's, as well as from France's, semipresidential system of government. In the United States, for example, the president does not have the power to dissolve Congress.

Kalaycioglu points out that Turkey's presidential system caters to autocratic tendencies. "There is a strong civil society in both the US and French systems," he said. "We don't have that."

Erdogan will now also be able to regularly issue presidential decrees. He had previously only been allowed to do so under the rules of the ongoing state of emergency since the failed July 2016 coup. Erdogan will now be able to overrule the judiciary at any time.

The oversight of an independent and impartial judiciary will therefore be effectively impossible. The political scientist Dogu Ergil shares Kalaycioglu's fears. He believes that the separation of powers and the independence of the judiciary have been abolished. 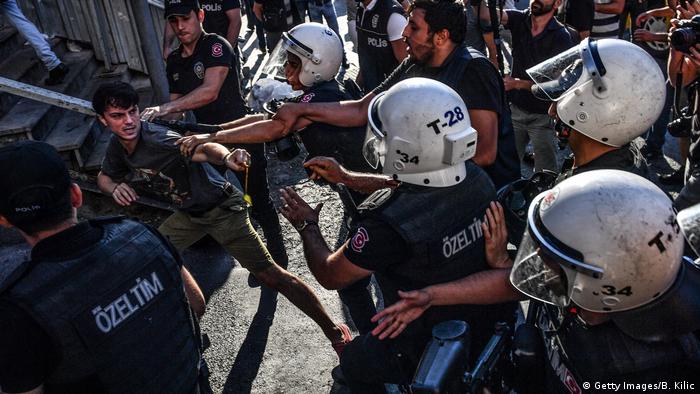 There is also the question of whether Erdogan's alliance with the Nationalist Movement Party (MHP) in the elections on June 24 will increase domestic tensions. Many fear that the hostile stances taken by the MHP, especially toward Kurds, and the party's rejection of certain established democratic values could create an even more nationalist atmosphere in Turkey. Erdogan needs the MHP in order to have a parliamentary majority. This could prove the biggest obstacle to finding a peaceful solution to conflict with Kurdish groups and to Turkey's efforts to meet EU requirements.

Turkey officially applied for EU membership in 1999, and negotiations began on October 3, 2005. However, little progress has been made over the past 13 years. Negotiations were basically halted after the state of emergency was declared two years ago. The Dutch politician Kati Piri, the European Parliament's Turkey rapporteur, told DW that she would like to see an official suspension of accession negotiations.

While Turkey's EU accession process is in danger of being indefinitely suspended, its relations with the United States are also increasingly difficult. Fethullah Gulen, accused by Erdogan of being the mastermind behind the attempted coup in 2016, lives in the United States.

The US is working with a Kurdish militia group in Syria that Erdogan has called a terrorist organization. And Turkey is planning to buy S-400 missile systems from Russia despite opposition within NATO. All this has led to the impasse.

Ergil, the political scientist, pointed to recent opinion polls that show the United States even less popular in Turkey than it is in Iran. He said increasingly hostile attitudes toward the US and EU were spreading in Turkey — even independently of Erdogan's policies.