Turkey has voted in historic presidential and parliamentary elections. Despite the controversial vote, Erdogan claimed victory. The road ahead will be hard for the opposition and its supporters, writes DW’s Seda Serdar. 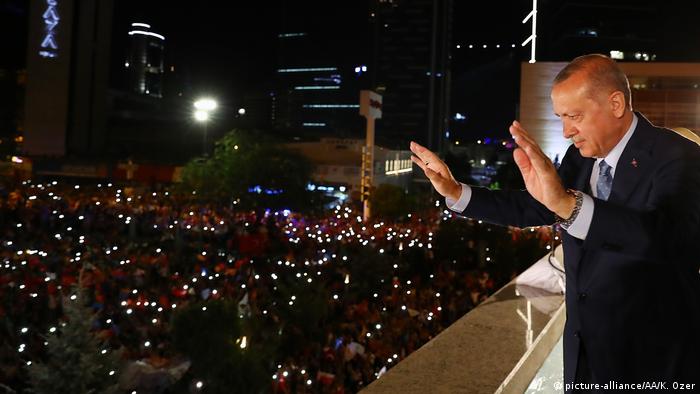 A new era has begun in Turkey. President Recep Tayyip Erdogan has cemented his power for the next five years, at least. The new system allows the president to appoint cabinet ministers directly, gives him the power to issue decrees and appoint members of the judiciary.

Erdogan was able to get an outright majority to win the presidency even though votes for his Justice and Development Party (AKP) dropped to 42.5 percent from 49.5 percent in the previous parliamentary election in 2015.

Yes, this is a big win for Erdogan. But it is a big win in a very polarized country. AKP voters are celebrating while the other half of the nation is deeply disappointed because they are aware that this is the end of democracy as they know it. 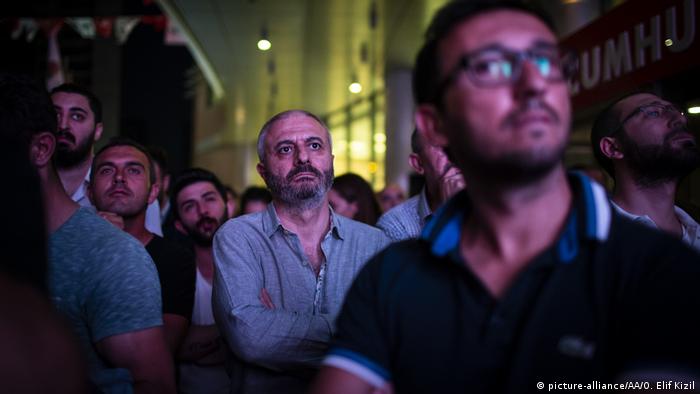 While Erdogan's supporters celebrated, his re-election was a defeat for those backing the opposition (above)

The opposition made a strong comeback, but it wasn't enough. Despite the complaints about vote manipulation, the AKP was quick to declare victory and will stick to it at all costs. It's a moment of deja-vu that reminds us of the 2017 referendum, in which the "yes" vote won by a slight majority, paving the way to constitutional change. The June 24 election was the last chance to reverse that decision. This was Turkey's last shot at democracy. Those citizens who voted for the opposition parties and what they stand for will have to find a way to adjust to the new system.

The world has been watching for a long time now. And it will continue to do so, since Turkey isn't an ally that could easily be abandoned. In the meantime Turkey's relations with the West, mainly with Europe, will be more challenging than before, probably more so for Erdogan's European counterparts than for the president himself since he now has the justification he needed to legally exercise his expanded power. He has been practicing during the state-of-emergency that has been ongoing since the failed 2016 coup.

If the European Union decided to formally suspend the accession process with Turkey, it would mean ignoring the other half of the country that is striving for democracy. If they don't suspend it, then the bloc will have to find a way to deal with a country that is constantly violating the values that the EU is built on. The silence from world leaders following the preliminary election results suggests that caution will be practiced while dealing with Turkey.

Following the opposition's defeat, voters are frustrated that it has been so quiet. Erdogan's main rival, Muharrem Ince of the Republican People's Party (CHP), is due to make an official statement on Monday. Considering the news coming out about manipulation of votes both during and before the election, the voter frustration is understandable.

While the opposition worries about what to say to the public on June 25, Erdogan must roll up his sleeves and dive into improving the economy. Winning an election is one thing, but ending Turkey's economic woes will require more effort and is a big challenge, despite all the powers the new president has.

Refugees in an 'enemy country': Exiled Turks in Thessaloniki

They learned at school that Greeks were their enemies. Now many exiled Turks have found refuge in Thessaloniki. Florian Schmitz met some of them. (24.06.2018)

Opinion: Time for high-emitting Australians to vote for real climate action 8h ago