Turkey's upcoming presidential election can also been seen as a preliminary vote on the future of its accession to the EU. While German-Turkish ties remain tense, it wasn't long ago that things seemed to be promising. 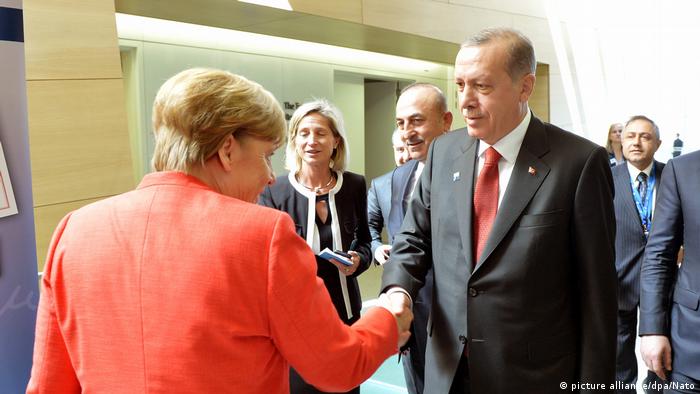 When Angela Merkel was first elected German chancellor in 2005, German-Turkish relations were still harmonious. On October 3, the European Union (EU) began accession negotiations with Turkey, with then-Prime Minister Recep Tayyip Erdogan; who had steered his country on course towards modernization, gladly taking part. Merkel praised the numerous reforms initiated by Turkey's parliament at the time, including abolishing the death penalty, granting the Kurdish minority more rights and curtailing the power of Turkey's generals. The country even undertook significant reforms relating to freedom of expression and the press in an effort to meet the EU's humanitarian and civil rights standards.

Yet Turkey's efforts were met with distance and rebuffed, argues Caner Aver, a project manager at Essen's Center for Turkish Studies and Integration Research. "At the exact moment when Turkey was carrying out major reforms, German Chancellor Merkel began floating the idea of making Turkey a privileged EU partner rather than a full member." Merkel's plan to exclude Turkey from the bloc was an affront to all those who had worked tirelessly and passionately trying to get a progressive Turkey into the EU, says Aver. It also sparked speculation over whether some were simply trying to keep the EU a "Christian club," he adds.

Speaking at Dresden's Frauenkirche in November 2006, Merkel addressed Turkish concerns, insisting that, "Europe is not a Christian club." But she added that the EU does share certain common values. "We uphold human and civil rights, and those derive in large part from the teachings of Christianity."

A few years later in 2010, Merkel assured Erdogan that Turkey's accession talks would continue — though still adhering to her notion of establishing a strategic relationship with Turkey instead of granting full EU membership. And that has remained her position ever since.

From privileged partnership to none at all

In a report by the Study Committee on French-German Relations (Cerfa), Turkey experts Rosa Burc and Burak Copur argue Merkel's instance on a privileged partnership, rather than full EU membership, partially explains why Turkey has largely turned its back on Europe in recent years — and make Germany partially responsible for this change. Both authors see Merkel's policy as having failed, and, indeed, the warm relations between Germany and Turkey that characterized the period up until 2005 are a thing of the past.

But Turkey's domestic politics have also played a part in the deteriorating relationship. The country is in the process of transforming itself into an authoritarian presidential system. A November 2015 report from the European Commission highlighted Turkey's severe democratic deficits, shortcomings in the areas of rule of law and of press freedom, which further strengthened Merkel's resolve to keep Turkey at arm's length.

And Turkey has not refrained from antagonizing the EU, either, such as through Nazi rhetoric. As such, ties between Germany and Turkey are at an all-time low.
Andreas Maurer, a professor of politics and European studies at the University of Innsbruck, cautions against assuming Erdogan alone is the problem. He says that, "Turkey's previous governments did not show much willingness to fully accept all EU rules and regulations, either." Maurer thinks Merkel will be glad she never made any concrete promises to Turkey during her 13-year tenure. "What has helped keep the distance from Turkey is the fact that for 25 years, Turkey has continuously intervened militarily in southern states without legal backing." And, he adds, as long as Turkey is engaged in a war of aggression in Syria, EU membership is simply out of the question.

Turkey expert Caner Aver disagrees. He says, "The identity of the EU will be shaped by how it addresses the prospect of Turkey's membership." In Turkey's snap parliamentary and presidential elections on June 24, where Erdogan hopes to cement his grip on power, Turks will also make a preliminarily decision on the future of EU membership. If Erdogan is re-elected, the rift between the bloc and Turkey will likely grow deeper.

Could Turkey's opposition reset ties with the EU?

The Turkish government accuses left-wing politician Andrej Hunko of supporting the Kurdistan Workers' Party. The group has been labeled a terrorist organization by the EU and the US. (21.06.2018)

Recep Tayyip Erdogan has won every election in Turkey for the past 16 years. The current economic crisis means he is now in danger of losing his parliamentary majority — and re-election as president is far from certain. (18.06.2018)