Why is Turkey attacking the Kurdish enclave of Afrin in Syria? What is Ankara's larger goal? DW explains Turkey's motives and the operation's broader implications on the Syrian war. 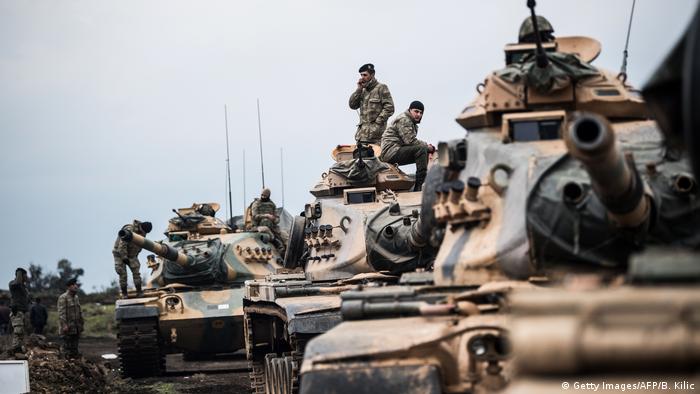 The Turkish military and their Syrian rebel allies on January 20 launched "Operation Olive Branch" against the Kurdish-held enclave of Afrin.

The intervention marks a major turning point in the seven-year Syrian civil war and adds further strain on relations between Turkey and the United States, two NATO allies that have been at odds over Syria.

Why is Turkey attacking Afrin?

Turkey has long threatened to root out Kurdish "terrorists" along its border with Syria.

Afrin is controlled by the Kurdish militia known as the People's Protection Units (YPG). Ankara considers the YPG a terrorist organization linked to the Kurdistan Workers' Party (PKK), which has waged a decades-long insurgency against the Turkish state.

Why does this impact US-Turkish relations?

The YPG is the main component of the US-backed Syrian Democratic Forces (SDF), a rebel alliance that controls around 25 percent of Syrian territory and has been at the forefront of the fight against the "Islamic State" (IS).

Washington has some 2,000 special forces in SDF areas mostly east of the Euphrates River, but none in Afrin which is under YPG control. The United States is concerned the Turkish attack on Afrin will distract from defeating IS and providing stability in SDF areas. 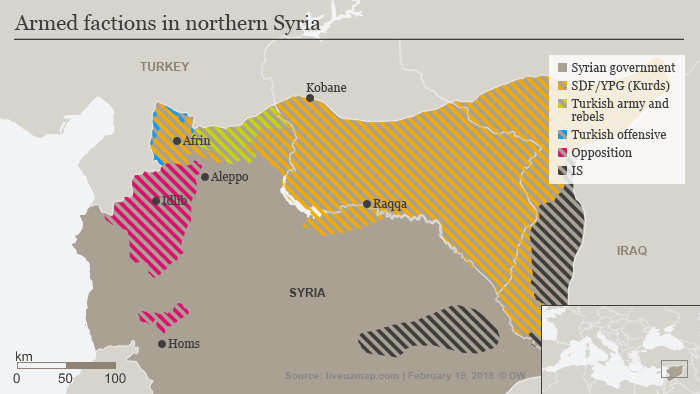 Turkey has threatened to eventually clear the SDF/YPG from all of its border all the way to Iraq. One potential flashpoint is the Kurdish-controlled town of Manbij, where US forces are also located west of the Euphrates River.

Kurdish forces west of the Euphrates are a "redline" for Turkey.

Why is Turkey so worried about the Syrian Kurds?

Ankara fears YPG gains in the Syrian civil war could have a knock-on effect on its own Kurdish minority's demands for autonomy and greater rights.

Turkey also fears that under the protection of the US, its archenemy the PKK will set up quasi-state on its border.

"In the long term, Turkey’s aim in Afrin and the wider region is to prevent the PKK from reorganizing and to ensure that an order is established in Syria that won’t threaten Turkey," Ilter Turan, an Emeritus Professor of Political Science at Istanbul Bilgi University, told DW

The YPG took control of Afrin and other Kurdish areas in the northeast of Syria in 2012 after the Syrian government withdrew to fight rebel groups and jihadi factions in other parts of the country - as well as to counter Turkish support for rebels.

The Syrian Kurds have had a tacit nonagression relationship with the Assad regime throughout the war and have been able to establish relations with Russia and the United States.

The Kurds have used the civil war to set up an autonomous region for what they envision to be a postwar federal Syria.

Their diplomatic position, ability to create facts on the ground and military power gives the Kurds a strong card in any future settlement in Syria. This worries Turkey.

What led up to the attack?

Turkish-backed rebels carved out a "safe zone" in northern Aleppo province in early 2017 after a months-long offensive that pushed IS from a section of the border.

That mission — called "Operation Euphrates Shield" — aimed in part to block the SDF from connecting areas under their control in the northeast with Afrin to the west.

The Turkish military and its Syrian rebel allies in October set up military posts in the northwestern Syrian province of Idlib, to the south of Afrin.

The move was part of a "de-escalation" zone deal with Russia and Iran, both key backers of the Assad regime.

Read more: Turkey's offensive in Syria: Why a muted response from the US and Russia? 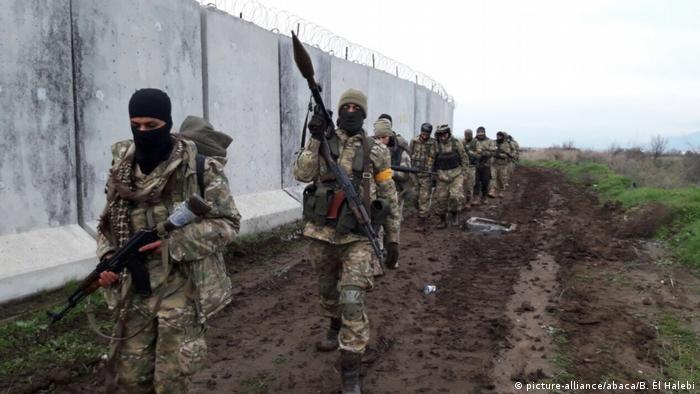 What is Turkey's larger goal?

Using military brinkmanship, Turkey seeks to secure a strong position at the negotiating table in Syria.

Ankara has been concerned about how the civil war will end. The fight against IS has slowly wound down and the Assad regime has retaken large parts of the country with the help of Russian airstrikes and Iran.

Once a main rebel backer to overthrow the Assad regime, Turkey has since focused on working with Russia and Iran to end the conflict and set its sights on thwarting Syrian Kurdish gains.

Erdogan "has carved out influence and entered the game," said Khaled Yacoub Oweis, a former fellow at the German Institute for International and Security Affairs. "Turkey is now a major player. Before, it was just talks. Now it is action. He can show he has something on the ground."

Meanwhile, Washington has signaled it plans to keep its forces in some SDF areas for the foreseeable future. Turkey believes that the Syrian Kurds may try to use US cover to maintain autonomy in the north of the country.

It is therefore seeking to change US policy towards the Syrian Kurds through the Afrin operation and threats to expand it to other areas.

Read more: Where does the Assad regime stand on the Afrin offensive?

Russia, Iran and Syria also oppose a long-term US presence in Syria, but Turkey may not get their full support against the YPG. Moscow, Tehran and Assad have indicated they are open to letting Syrian Kurds participate in peace talks.