Turkey will receive the most damning evaluation yet of its EU accession hopes, more than a decade after it launched its bid to join the bloc. The European Commission will warn that years of progress are being lost. 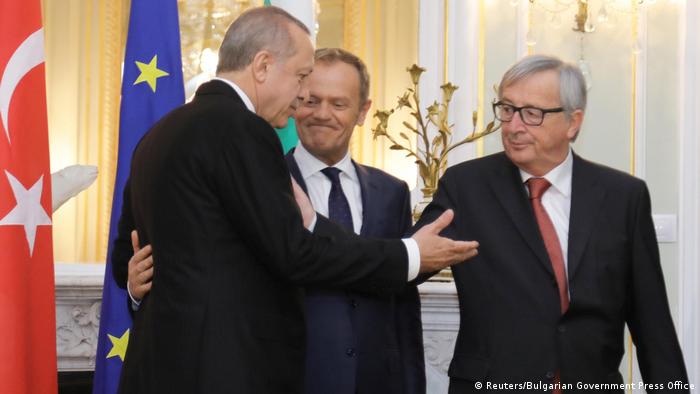 The European Commission will on Tuesday warn that Turkey is taking "major steps" in the wrong direction when it publishes its latest progress report on prospective EU member states.

According to the report, the first excerpts of which were published Sunday in the German weekly Welt am Sonntag, Ankara has "suffered serious relapses in the areas of justice, rule of law, fundamental rights and freedom of expression."

The Commission will ultimately conclude that there is no basis for advancing membership talks with Ankara, effectively keeping talks on hold.

"There is massive backsliding away from the European Union," one EU official told the Reuters news agency, which also confirmed the contents of the upcoming country report.

The Commission is slated to release its annual findings into how aspiring EU members are bringing their standards and values in line with the rest of the bloc on Tuesday in Strasbourg.

The EU will also tell Turkey that lifting its state of emergency decree is a precursor to any future progress in its accession talks. Erdogan imposed the state of emergency following the failed military coup against his government in July 2016.

The decree has curtailed the Turkish parliament's legislative powers and encroached on civil and political rights.

Since the coup attempt, some 150,000 people have been placed in custody and 110,000 civil servants have been let go from their positions. Around 150 journalists have also been detained, as have several authors and rights activists.

Erdogan maintains that the state of emergency and sweeping purges are necessary to stop threats to the country's national security.

Read more: Erdogan in Paris: Journalists are 'gardeners' of terrorism 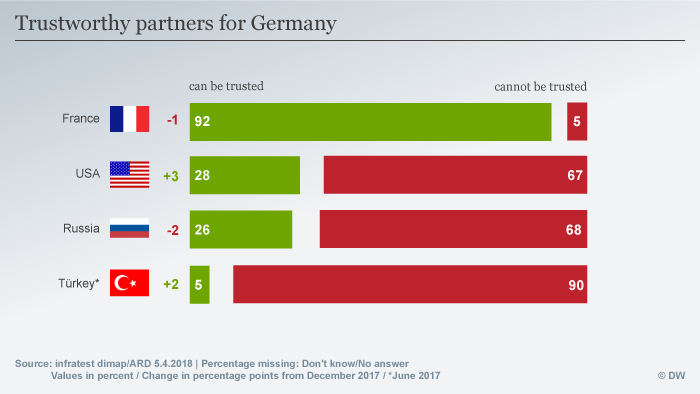 Despite its harsh criticisms, the EU will nevertheless state that it continues to see Turkey as a "key partner" in several policy areas, above all when it comes to migration.

The two sides negotiated a landmark refugee deal two years ago, which has seen Turkey agree to host some 3.5 million Syrian migrants, preventing them from crossing into Europe, in exchange for some €6 billion ($7.4 billion) in EU financial aid and the promise of visa freedom for Turks traveling to Europe.

"Cooperation with the EU on migration continues to produce concrete and remarkable results in reducing illegal and dangerous crossings and saving lives in the Mediterranean," the report states.

Turkey will also win praise from Brussels for its "functioning market economy," which the report described as "well-advanced."