Erdogan in Paris: Journalists are 'gardeners' of terrorism

During a tense press conference in Paris, Turkey's Erdogan said journalists are "gardeners" of terrorism and got into a spat with a French reporter. France's Macron said he raised concerns about human rights in Turkey. 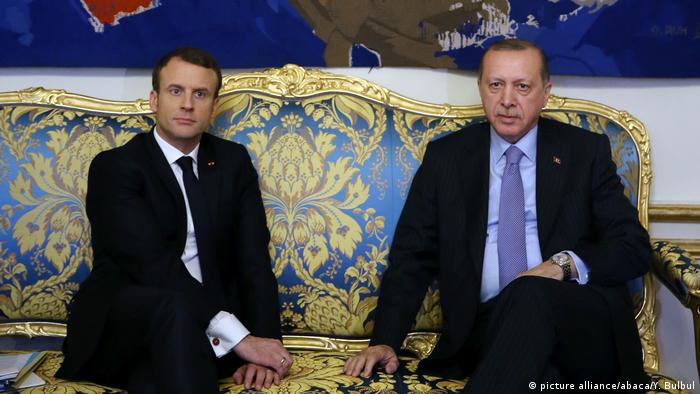 French President Emmanuel Macron said that during talks with Turkish President Recep Tayyip Erdogan in Paris on Friday, the two had disagreements about how they viewed human rights.

Macron said he'd raised concerns with the Turkish leader about the fates of teachers, students, and journalists who have been targeted by a widespread crackdown following a failed 2016 coup attempt, some of whom are currently imprisoned.

Erdogan fired back that some journalists are responsible for nurturing "terrorists" through their writing.

"Terror doesn't form by itself. Terror and terrorists have gardeners," the Turkish leader said. "These gardeners are those people viewed as thinkers. They water (terror) with the columns in their newspapers."

"And one day, you find, these people show up as a terrorist in front of you," Erdogan added.

Earlier, Amnesty International, whose Turkey head Taner Kilic was among those jailed after the coup attempt, urged Macron to "strongly remind (Erdogan) that human rights defenders are not terrorists."

The trip, which was intended to improve Turkey's relations with the European Union,  was Erdogan's first to the French capital since the failed coup attempt in July 2016. The widespread crackdown on alleged dissidents that followed has been roundly condemned by EU leaders.

Erdogan also grew visibly upset by a question about Syria asked by a French journalist during the press conference.

The French reporter asked him about a 2015 story by the Cumhuriyet newspaper about Turkey allegedly sending weapons to Islamist rebels in Syria. Erdogan has repeatedly blamed the resulting scandal over the story, as well as the botched coup, on US-based preacher Fethullah Gulen.

"When you ask your questions, be careful on this point. And do not speak with the words of another," Erdogan warned the reporter, raising his hand.

"And I want you to know, you do not have someone before you who will easily swallow this."

The French reporter could be heard saying: "I am speaking as a journalist."

Erdogan's visit also prompted its share of protests, most notably from women's rights group Femen. A number of women, clad as topless waitresses, demonstrated near the Elysee Palace by handing out menus offering "minced human rights" and "boiled journalists."

Among his numerous disparaging comments of women, the Turkish president has in the past stated that motherhood should be a woman's priority and birth control is not for Muslims.

'No progress' possible on EU membership

Macron also said on Friday that progress on Turkey's EU membership bid isn't currently possible due to human rights concerns in the country.

"For relations with the European Union, it is clear that recent developments and choices allow no progress in the process," Macron said.

In response, Erdogan told Macron that Turkey is getting tired of waiting for EU membership.

"This is seriously exhausting us. Maybe this will force us to take a decision," the Turkish leader said without specifying what that decision might be.

Macron defended his invitation to Erdogan against criticism from the French left, saying it was necessary to "maintain dialogue" with Ankara without "covering up differences of views."

The French leader has also emphasized the necessity to keep up relations with an "essential" partner in conflicts, including that in Syria.

However, Macron has previously spoken of his difficulties with the Turkish leader, telling Le Point magazine in August that one of the drawbacks of being French president was "having to talk to Erdogan every 10 days."

Erdogan, for his part, told France's LCI television on Thursday that he had got off to a "very good start" with Macron, who assumed office only in May last year. 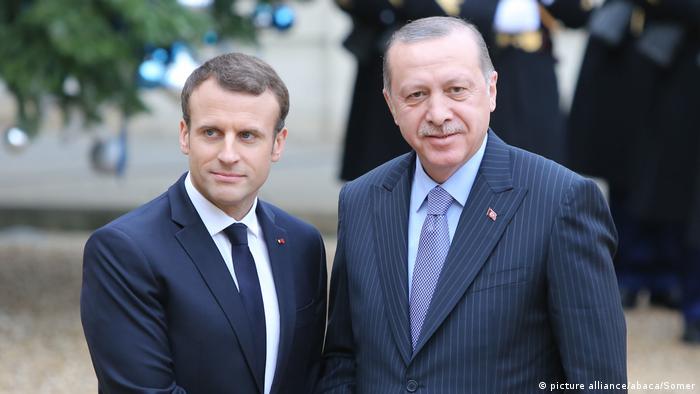 EU-Turkey relations hit an additional low last year when Germany and the Netherlands barred rallies by Erdogan and ministers ahead of a Turkish referendum on extending the president's powers — although France allowed a rally addressed by Turkish Foreign Minister Mevlut Cavusoglu to go ahead.

The tensions have led to an effective stalling of the decades-long accession process for Turkey to enter the EU, although it officially remains a candidate.

Turkey has also been angered by Western, and especially US support for Kurdish-led forces in Syria that it sees as allied with the banned Kurdistan Workers' Party (PKK) and therefore as terrorists.

Turkey heads to the polls in referendum on expanding Erdogan's powers

The dark side of Turkey’s economic boom