In an apparent slur against Turkey's feminists, President Recep Tayyip Erdogan has declared that women are not equal to men, and that they are not suited to perform "men's jobs" due to biological differences. 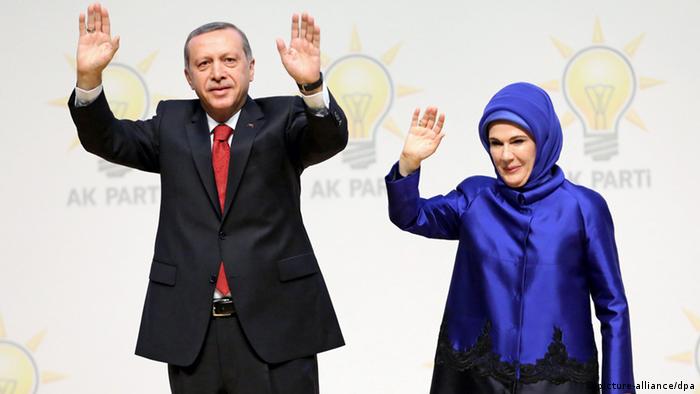 "Our religion (Islam) has defined a position for women (in society): motherhood," Erdogan said on Monday in a speech at a conference on women and justice in Istanbul.

"Some people can understand this, while others can't. You cannot explain this to feminists because they don't accept the concept of motherhood," Erdogan said, adding that women and men could not be treated equally "because it is against human nature."

"You cannot get women to do every kind of work men can do, as in communist regimes," Erdogan said. "Give her a shovel and make her work? You cannot do that. This goes against her delicate structure."

According to the World Bank, the participation of women in Turkey's labor force is relatively low, at just 29 percent, compared to 54 percent for Germany and 57 percent for the United States.

The 60-year-old president has long been accused by critics and the country's liberals of seeking to erode Turkey's secular values and civil liberties for women.

It is not the first time the devoutly Muslim president has expressed his views on gender issues. Last year, Erdogan drew the ire of the country's feminist groups for urging Turkish women to have at least three children and proposing a limit to abortion rights.

In 2010, at a reception for Turkey's women's organizations at Dolmabahce Palace in Istanbul, Erdogan confessed he did not "believe in equality between men and women." A year later, while talking about the increasing levels of violence against women in Turkey, the-then premier said it was only due to the fact that more murders were being reported than before.