Arab states, Iran and the UN Security Council have voiced outrage over the US president's declaration that Israel should have sovereignty over the disputed Golan Heights. Israel annexed the territory from Syria in 1981. 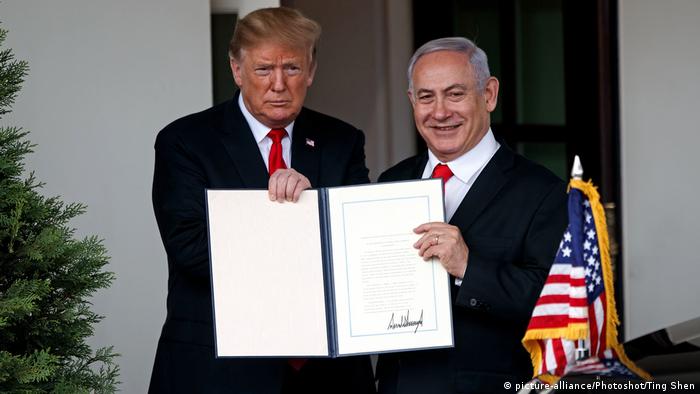 The international community has voiced collective outrage over US President Donald Trump's decision to sign a proclamation affirming US recognition of Israeli sovereignty over the disputed Golan Heights on Monday.

The Tuesday reactions came from all corners of the world, uniting US adversaries and allies alike.

In New York, European members of the United Nations Security Council — Belgium, Britain, France, Germany and Poland — rebuked Trump's decision, saying that they did not recognize Israeli sovereignty over the Golan, which it has occupied since the 1967 Six-Day War, and annexed in 1981.

The Golan Heights were seized from Syria during the Six-Day War, effectively annexed in 1981

The group said, "We raise our strong concerns about the broader consequences of recognizing illegal annexation and also about broader regional consequences."

The group's statement also said, "Annexation of territory by force is prohibited under international law," adding that unilateral changes to borders violate "the rules-based international order and the UN Charter."

Russia, China, Indonesia and South Africa also criticized the US decision during the Security Council meeting.

Acting US Ambassador to the UN Jonathan Cohen defended the decision as part of an effort to stand up to Syrian President Bashar Assad.

Cohen told the Council, "To allow the Golan Heights to be controlled by the likes of the Syrian and Iranian regimes would turn a blind eye to the atrocities of the Assad regime and the malign and destabilizing presence of Iran in the region."

Israel accuses the Iranian-backed Lebanese Hezbollah of using the Golan, which Israel took from Syria, as a staging area for attacks on its citizens. 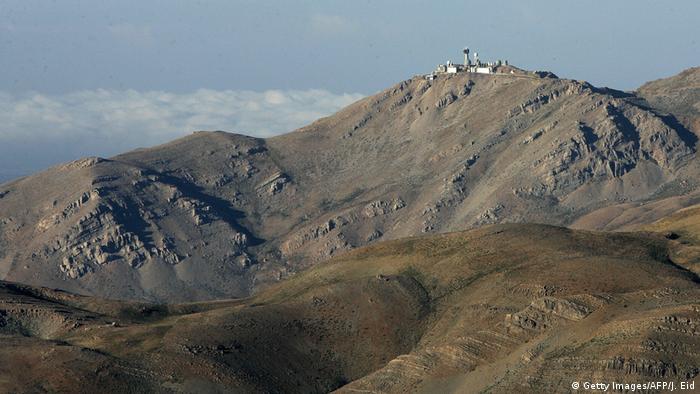 The UN Security Council has previously passed three resolutions calling for Israel to withdraw from the Golan Heights.

The Council is scheduled to further discuss the decision when it convenes to address the future of the UNDOF, the UN peacekeeping force in Golan on Wednesday.

'The world is witnessing a black day'

The Arab world and Iran also blasted the decision, labeling it a breach of international law and a detriment to peace in the region.

At a meeting of the Organization of Islamic Co-operation, all 57 members joined to state that the Golan "is Arab and occupied land." Iraqi Foreign Minister Mohamed Alhakim, echoing the Security Council, said, "Golan is occupied Syrian land and its sovereignty must fully return to Syria."

Even US allies aligned against Iran and Assad criticized the move, with Saudi Arabia saying, "It will have significant negative effects on the peace process in the Middle East and the security and stability of the region."

Lebanese President Michel Aoun, who was in Russia Tuesday, tweeted, "The world is witnessing a black day."

The Syrian Foreign Ministry, for its part, called the US decision a "blatant aggression," illustrating Trump's "contempt for international legitimacy," and proving him "the main enemy" of Arab people. Large protests were also held across Syria on Tuesday.

Syrian ally and US nemesis Iran joined the chorus of critics. President Hassan Rouhani told state broadcaster IRNA, "No one could imagine that a person in America would come along and give the land of a nation to another occupying country, in violation of international laws and conventions."

Hezbollah leader Hassan Nasrallah, an Assad ally, also slammed the decision, saying it was evidence of Washington's "disdain and disregard" for Muslims, Arabs and the rule of law. Nasrallah said that Arab "silence" on Trump's controversial 2017 decision to recognize Jerusalem as the capital of Israel had led to Monday's declaration.

Nasrallah warned that Golan might not be the last such territory unilaterally recognized as Israel's. He said that the West Bank, which Israel also took during the Six-Day War, could be next. 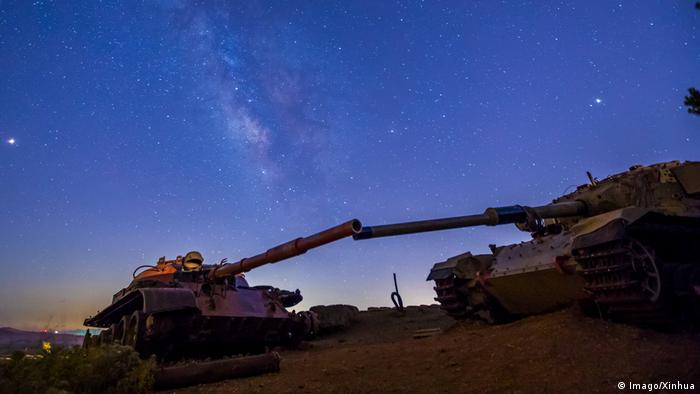 The Golan Heights at night

Is the West Bank next?

Those warnings rang loud in the US as well, when US Ambassador to Israel David Friedman addressed the pro-Israel AIPAC convention in Washington DC, on Tuesday.

Though Friedman, who is part of the US team working on a new Middle East peace plan, gave no details of the plan, he told the audience that the Trump administration understands Israel's need to have "overriding security control" over the West Bank.

Friedman used biblical terms to describe the situation, saying, "Can we leave this to an administration that may not understand the need for Israel to maintain overriding security control of Judea and Samaria and a permanent defense position in the Jordan Valley?"

Palestinians, seeking statehood in the West Bank and Gaza with East Jerusalem as their capital, have consistently demanded Israel withdraw from the area and have rejected Trump's previous initiatives out of hand.

Unlike previous US presidents, Trump has not favored Palestinian statehood, showing a clear preference for an expanded Israel instead.