US President Donald Trump's support for Israel's sovereignty over the Golan Heights serves no obvious strategic goals. And experts say the move could incite more land grabs — even Israel's annexation of the West Bank. 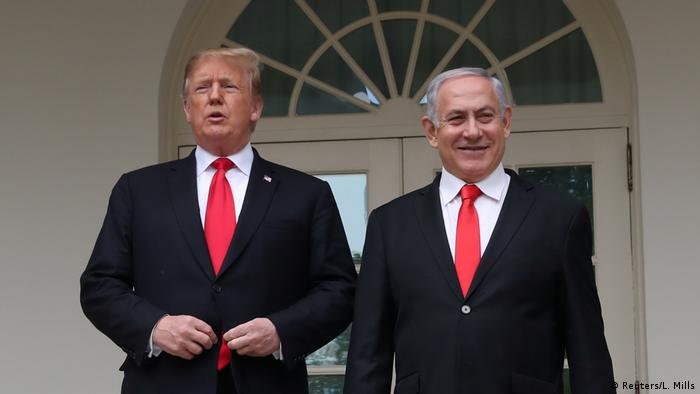 In an abrupt break with decades of US policy, President Donald Trump on Monday signed a presidential proclamation to recognize Israel's full sovereignty over the Golan Heights, saying: "This was a long time in the making. Should have taken place many decades ago."

Trump's recognition of Israel's sovereignty over the occupied Golan Heights is being seen by some observers as a blatant attempt to influence upcoming Israeli elections, with experts warning it serves neither US nor Israeli interests and could encourage other countries to make land grabs.

Israel captured the Golan from Syria in the 1967 Six-Day War and annexed it in 1981. But the move was not recognized internationally, and UN Security Council Resolution 242 upheld the "inadmissibility of the acquisition of territory by war."

The move comes as Israeli Prime Minister Benjamin Netanyahu — who spoke next to Trump during a press conference announcing the move — faces a close re-election battle on April 9 while multiple corruption investigations are swirling around him.

"The constant gifts from the Trump administration play into Netanyahu's strongest policy argument, which is that he has taken Israel's foreign relations to unprecedented heights and that he is particularly responsible for cultivating Trump and managing the unprecedentedly close embrace from the US," he said.

It's not the first time Trump has broken with international norms to back Israeli positions. In 2017, the president recognized contested Jerusalem as Israel's capital and last year pulled the United States out of the Iran nuclear deal. 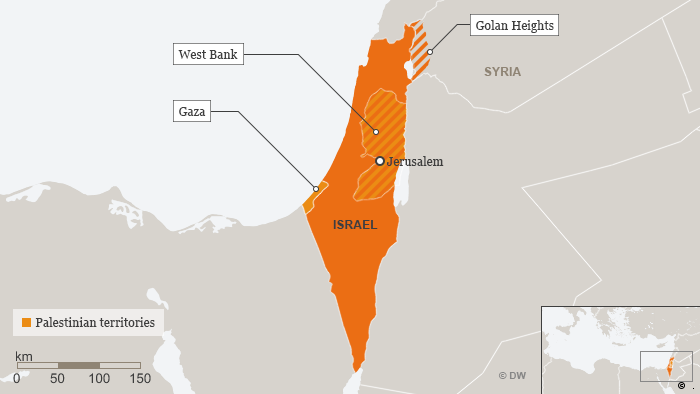 Daniel Shapiro, a former US ambassador to Israel, agreed that Trump's Golan statement was "transparently political, with an eye on the Israeli elections."

But he said the bigger issue is the strategic implications.

"The question is not whether Israel would leave the Golan Heights. It wouldn't," he said, citing the collapse of the Syrian state and threats to Israel from Iran and its Lebanese ally Hezbollah among the reasons.

"The question is what is gained for US and Israeli interests by upending a status quo the world has acquiesced to, and putting on the international agenda an issue that was largely ignored," he said.

While recognizing Golan may score political points for Netanyahu and rally Trump's evangelical Christian base, there are few if any apparent strategic or military benefits. The risks, however, are plenty and global, experts say.

Hussein Ibish, a senior resident scholar at the Arab Gulf States Institute in Washington, said a basic principle of the post-World War II international system was the inadmissibility of the acquisition of territory by war.

"That's gone. Also gone would be the binding nature of UN Security Council resolutions, including ones drafted by and voted for by the United States in the past," he said.

"The biggest danger is global and long-term. By recognizing and legitimating Israel's annexation of Golan, Washington is virtually inviting other international predators to seize what they want. Then, by this logic, all they need to do is hold onto that territory for long enough to call it 'reality' and demand that other countries 'recognize reality' by legitimating their land grab," he said.

Russia, for example, will take note of the inconsistency after five years of Western condemnation following its annexation of Crimea from Ukraine in 2014. Or China may use the precedent to strengthen its grip over the South China Sea.

Next step: Annexing the West Bank?

US recognition of the Golan could set the stage for the Israeli right wing to press for the annexation of all or parts of the West Bank, a move that would effectively kill the prospects of Palestinian statehood and threaten Israeli democracy.

"Not only is it at the top of the right-wing agenda, Israeli politicians on the right […] have explicitly connected the Golan issue to the West Bank issue," said Koplow from the Israel Policy Forum. "Now its proponents will argue that Trump has eased the way and that the US will turn a blind eye if Israel actually takes that leap."

Netanyahu has so far opposed annexing the West Bank, in part due to concerns over what the American response would be. But he relies on right-wing religious-nationalist parties that back annexing Palestinian land and expanding Jewish settlements.

Shapiro said there was a chance that proponents of annexing the West Bank feel emboldened after the election and that Netanyahu's corruption scandals may force him to fold to the right wing to maintain power.

"If Netanyahu, facing indictment, depends on their support for his survival, he may overcome his previous opposition to annexation," Shapiro said.

"That would be the death knell of the two-state solution, and severely compromise Israel's ability to remain both a Jewish and a democratic state for the long term. And that would harm its relationship with the United States," he said.

Trump: Time for US to 'fully recognize' Golan Heights as Israeli

US President Donald Trump has sent a foreign policy tweet calling for recognition of the contested area as belonging to Israel. The call comes as Secretary of State Pompeo meets with Israeli PM Netanyahu in Jerusalem. (21.03.2019)

A statement by President Donald Trump that the US should recognize Israeli sovereignty over the Golan Heights is likely to stir tensions. Europe alongside Russia, Syria and Iran warned against any unilateral moves. (22.03.2019)

Cameroonian pushes for restitution of deity

Monekypox: WHO calls for 'urgent' action in Europe