Are Benjamin Netanyahu′s days numbered as Israeli PM? | Middle East| News and analysis of events in the Arab world | DW | 26.02.2019

Israeli politics, and Benjamin Netanyahu's tenure in particular, could be heading for a sea change at the upcoming election. Tania Krämer reports from Jerusalem. 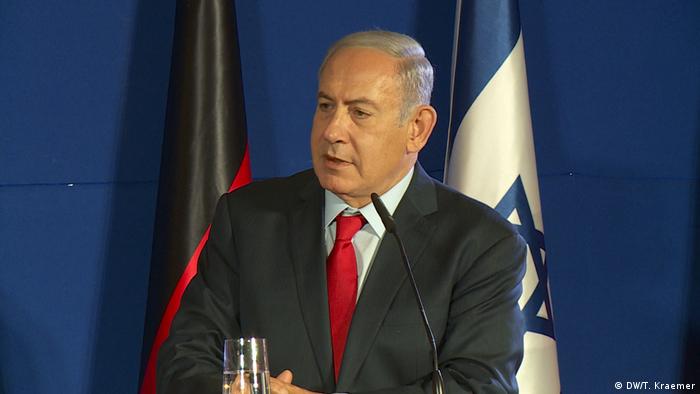 Menachem Begin, who became the first Israeli prime minister for the Likud party in 1977, looks down from a black and white portrait of him hung at the back of the small fruit shop.

For over 40 years, Abraham Levy has tended to his customers in one of the busy alleys of Jerusalem's Mahane Yehuda Market. He is a proud, long-time supporter of Likud. "There is a saying: 'Why change a horse for a donkey?' Benjamin Netanyahu is very good, our economy is excellent, our security is good, and all the moderate Arab countries now want to deal with us, so why change him? He is an excellent prime minister."

If it were up to him, Netanyahu could stay another "20 years" as long as he serves the country well. 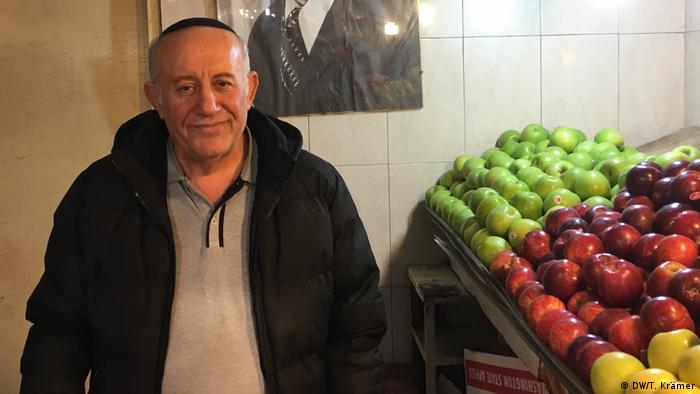 Levy, a staunch Netanyahu supporter, sees no reason to vote for anyone else

Others, however, are not so sure. "I voted once for Netanyahu, I think he's run his course as prime minister, he has nothing new to say but that they will attack us from here and there," said 32-year-old shopper Reut Schneider. "All the criminal investigations [on allegations of fraud and bribery — the ed.] against the prime minister leave too many question marks."

In December, Netanyahu made a calculated call for early elections. At the time, polls suggested that most Israelis still support him, giving him a comfortable lead. But Netanyahu's premiership has been overshadowed by corruption allegations since last year and now it faces new and serious competition in the run up to the elections on April 9.

Last week two of Netanyahu's strongest challengers announced they would run together on a new platform named "Blue and White." In what Israeli media described as a "bombshell," ex-army chief Benny Gantz (Hosen L'Israel) and Yair Lapid (Yesh Atid) said they would aim to "unify the country" and rotate as prime ministers for two years each.

While Benjamin "Benny" Gantz, who tops the new list, might be a newcomer in politics, he has no need to impress the public. During his campaign, the former Israeli Defense Forces chief of staff boasted of his military achievements like the bombing of Gaza during the war in 2014 and personally attacked Netanyahu on his military credentials.

Yair Lapid, meanwhile, left his job as TV anchor and journalist in 2012 and won 19 seats with his newly formed Yesh Atid party in the elections the following year. He also briefly served as finance minister under Netanyahu.

"The big question is whether voters from the right wing will decide to vote for that new party. Until now, at least, we haven't seen a big shift of right-wing voters," Tamir Sheafer, professor at the Political Science and Communication department at the Hebrew University, told DW. The main challenge will be to find a common voice on issues like foreign policy, social-economic affairs or the Palestinian issue. "With a list that includes three former chiefs of staff the main issue will be security." 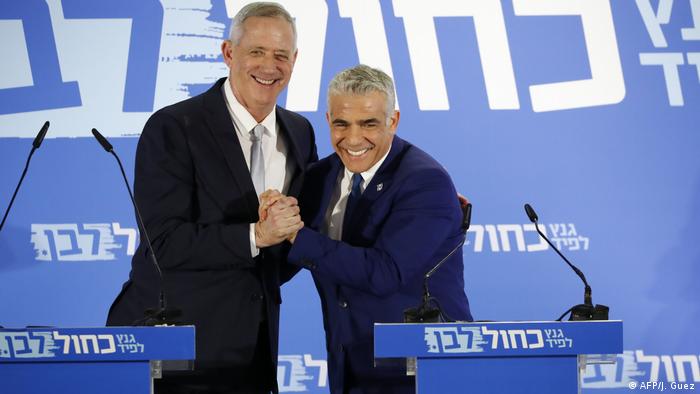 The new list certainly aims to oust Netanyahu. "Bibi is all about security, security, security," said Mula Ybarken, holding an Israeli flag at an election event with Gantz in Tel Aviv. "Security is important, without security there is no state, but Bibi didn't unify the country." He describes Gantz as a candidate who is "straightforward, who has no issues with racism. For him [Gantz] a person is a person, there is no left and no right."

Einat Weissbort, another Gantz supporter, would also like to see a change in leadership. "Gantz brings new hope. Netanyahu thinks he's doing us good, but I feel he's just driving us nowhere, and the world sees us in a bad way." On the other hand, the new Blue and White list has been criticized for giving priority to an all-male cast and relegating female candidates to its lower ranks.

Some pollsters project that Gantz/Lapid and Netanyahu will compete head-on, but that Netanyahu could still force the upper hand by forming a right-wing coalition. Given the importance of being able to form a majority coalition in the Israeli Knesset — more than 61 out of the 120 seats — Netanyahu has pushed for a last minute pre-election alliance between the national religious Jewish Home party and the extremist far-right Jewish Power.

As a result, Jewish Home's Bezalel Smotrich, who calls himself a "proud homophobe" and is aligned with radical settlers, could end up becoming education minister. Moreover, the partnership with the Jewish Power party, which might not have otherwise passed the electoral threshold, has drawn fierce criticism by the opposition and even by the pro-Israel group AIPAC in the US. Some of its candidates advocate for "the purity of Jewish blood" and condemn marriage between Jews and Arabs. The party includes supporters of late Rabbi Meir Kahane's ideology which calls for the "transfer of all Arabs" and for a greater Israel. Kahane's Kach party was considered a terrorist group in the US and banned in Israel in the 1980's.

Uncertainty about the possible indictment pending a hearing against Netanyahu may still sway some voters. The state attorney general's decision is expected to be made public before the elections — a move sharply criticized by Netanyahu who said that a pre-election indictment could influence the ballot.

"The question is what charges are going to be presented. If they are relatively minor that would not be a good reason for his voters to replace Netanyahu," said Tamar Hermann, professor at the Israeli Democracy Institute which regularly surveys Israelis for the monthly Peace Index. "He is considered to be a good prime minister by many except the left."