Leaders in Israel's governing coalition have decided to dissolve parliament and hold elections seven months early. Coalition disagreements over a military conscription bill appear to have caused the move. 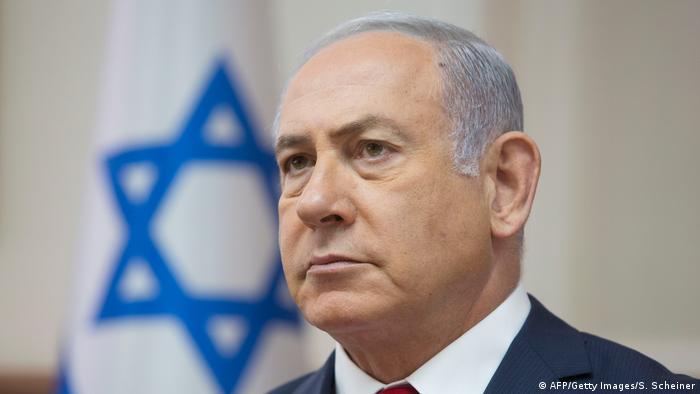 Israel will hold a general election on April 9 after leaders moved to dissolve parliament, a spokesman for Prime Minister Benjamin Netanyahu said on Monday.

"The leaders of the coalition decided unanimously to dissolve parliament and go to a new election in early April," the spokesman said, quoting from a joint statement issued by Netanyahu's right-wing political partners.

Netanyahu, now in his fourth term as Israel's prime minister, has been heading a coalition with 61 seats in the 120-member Knesset. The five-member coalition, led by Netanyahu's Likud party, has been in power since May 2015.

Speaking to reporters after the announcement, Netanyahu said he hoped for a similar right-wing coalition after the April elections.

Under Israeli law, new elections had to be held by November 2019. The governing coalition will remain in place until a new parliament is elected in April.

A division over a military conscription bill that affects exemptions from compulsory service for ultra-Orthodox Jewish men appears to have triggered the decision to call the elections.

Ultra-Orthodox parties fear that military service will lead to secularism.

However, years of exemptions have fostered resentment among other Jewish Israelis.

Last week, Yair Lapid of the opposition Yesh Atid party announced he was withdrawing his support for the bill. As a result, Netanyahu convened a meeting of his political partners and they moved to dissolve parliament.

Netanyahu's coalition has had internal divisions for months. Avigdor Lieberman stepped down as defense minister in November over what he perceived to be a weak response to rocket attacks in Gaza.

Netanyahu first led Israel from 1996 to 1999 before recapturing the premiership in 2009. He could also soon face charges stemming from a corruption investigation.

The Likud party is expected to close ranks around Netanyahu in the coming election.