Uproar in Israel: MK calls for hospital segregation | Middle East | News and analysis of events in the Arab world | DW | 10.04.2016

A lawmaker and his wife have created a stir after calling for the separation of Jewish and Arab mothers in Israeli hospitals. "I'd be happy when only Jewish hands will touch my newborn baby," the MK's wife has stated. 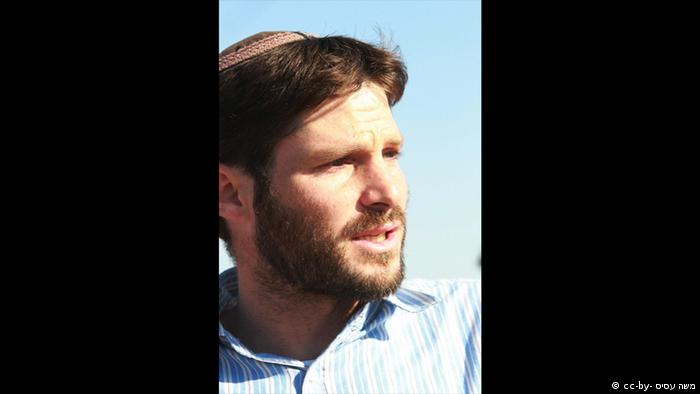 Bezalel Smotrich, of the right-wing Jewish Home party, tweeted that "it's only natural that my wife would not want to lie next to a woman giving birth to a baby who would want to slaughter her baby 20 years from now." Understandably, the statement has sparked outrage from both left- and right-wing politicians.

The comment was made following a public radio report that revealed that some hospitals in Israel are already separating Jewish and Palestinians mothers-to-be in maternity wards.

According to the report, only two hospitals refuse to participate in segregation: the Rambam hospital in Haifa and Soroka hospital in Beersheba. At least five hospitals nationwide engage in the practice, the radio reported, though the hospitals denied that segregation was a matter of policy. Officials at some said they would consider it if mothers requested it.

The radio's health correspondent noted in her report that, despite the hospitals' claims, some hospitals engage in segregation as a matter of routine.

Smotrich has not shied away from the debate that followed his tweet. "My wife is not racist," he has since written, "but after giving birth she wants to relax, and not celebrate the mass feasts that are common among Arab mothers."

"As a woman who lives here, in Samaria (the West Bank), I experience the war between us and the Arabs on a daily basis. And because of that, yes, I feel uncomfortable sitting in the same room with an Arab woman. As far as I'm concerned, we are enemies."

Smotrich said she had requested to be separated from Arab mothers when her five children were born. "I have never been responded to negatively," she said. "Everyone respected that ... I see it as something very natural, very obvious." She added: "We all know that Arabs are being educated to hate us."

The parliamentarian's wife said she would also rather not have an Arab nurse or midwife. "I'm generalizing everyone who's not Jewish," Smotrich said. "The very first moment a baby comes out to this world is a holy moment," she added, "a pure moment, a Jewish moment."

On live television, Smotrich said her ideas were not racist. "I distinguish between Jews - of European descent, Moroccan descent, Yemenite descent - and Arabs," she said. "The first ones are my people; the second are my enemies."

The couple's comments were considered to be so extreme, that even politicians from the right - including from Smotrich's own party - have condemned them.

Naftali Bennett, head of the Jewish Home party, quoted the Bible on Twitter. "Beloved is man, for he was created in the image of God," he wrote, adding "every man. Jewish or Arab."

The legislator Smotrich replied with yet another tweet of his own: "Very true! Provided that he is not an enemy that wants to destroy me. Then, he does not respect his image and he is definitely not beloved to me."

Social media users and journalists were outraged, with many of them criticizing the harsh statements made against newborn babies who have nothing to do with the Israeli-Palestinian conflict.

"My wife and I also celebrated our baby's birth in a mass feast. Is that allowed?" a Haaretz journalist tweeted.

"Is this a real comment or a fake account?" another user wondered of Smotrich's public statements, later on adding a tweet that urged the lawmaker to keep in mind that "many traditions in your lovely Jewish religion also involve loud celebrations, drinks and feasts, or have you forgot about that?"

Dozens of commenters on Twitter and Facebook are still replying to the couple's remarks, but the harshest criticism came from Haaretz columnist Uri Misgav, who published an opinion piece carrying the headline "Judo-Nazis," referring to what he called "Smotrich and his loyalists."

"This is not just racism," Misgav wrote. "Racism is always reprehensible and it is important to fight it. But there are also degrees of racism."

"What we see here is a debate about a superior race, racial purity and holiness," Misgav wrote. "About an inferior race that could contaminate the upper race. About a living space uncontaminated by the enemy. About babies who will grow up to be deadly enemies, because they belong to a race of enemies. This is a Nazi way of thinking. There are no other words to put that."

Israeli Justice Minister Ayelet Shaked has defended a bill that would force representatives of left-wing NGOs in Israel to wear ID tags in the Knesset. German politicians have expressed deep concern. (05.12.2015)