Israeli Justice Minister Ayelet Shaked has defended a bill that would force representatives of left-wing NGOs in Israel to wear ID tags in the Knesset. German politicians have expressed deep concern. 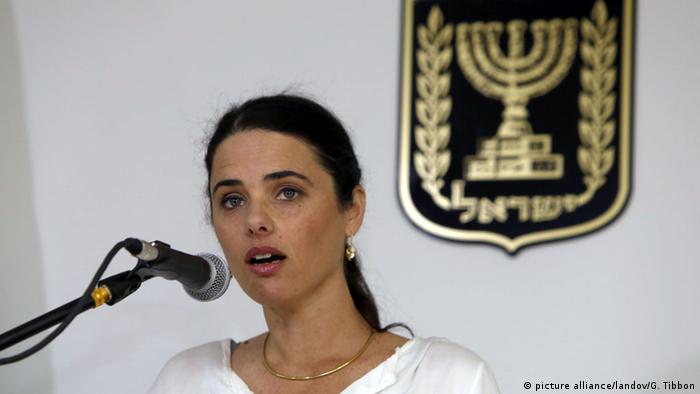 In a letter, Israeli Justice Minister Ayelet Shaked told the Bundestag's German-Israeli group that a "transparency bill" she is advancing is essential for the adequate functioning of the Israeli parliament.

The bill, which was submitted in June by Bezalel Smotrich, a lawmaker from the right-wing Jewish Home party, would obligate nongovernmental organizations that receive more than half of their funding from "foreign diplomatic entities" to state so in their publications and force their representatives to wear ID tags when in the Knesset.

The bill is de facto directed mainly at left-wing NGOs, as Smotrich himself has stated: "The principle is simple. Left-wing NGOs are being funded by foreign governments, and the public has the right to know this." He added that "foreign governments have found a way to erode the Jewish character of the state, and this has to stop." 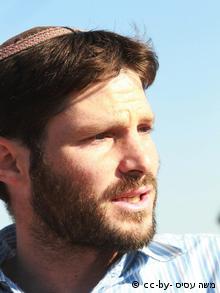 In her letter, Shaked called the bill "a necessity," and wrote that a serious public debate had been held on the specific issue of whether it was appropriate for foreign governments to fund NGOs in Israel.

And, indeed, several left-wing NGOs in Israel receive donations from six funds belonging to various political parties, with the bill ultimately footed by the German taxpayer.

"Due to the significant role that NGOs play in Israel, apprehension was expressed over the involvement of foreign governments and organizations and how this could potentially infringe upon Israel's sovereignty," Shaked wrote. "Concerns were raised that the nontransparent nature of foreign governmental funding could be used as a tool to interfere with and influence Israeli politics."

Shaked's address came after four members of the German-Israeli parliamentary group sent a letter to Israeli Prime Minister Benajmin Netanyahu on November 27 to express their concern over the bill and asking him to block it.

In their letter, the lawmakers - group chairman Volker Beck of the Greens and deputy chairs Kerstin Griese, of the Social Democrats; Gitta Connemann, of the ruling Christian Democrats; and Jan Korte, of the Left party - told Netanyahu that the bill's passage would make it very difficult for Israel's friends in Germany to help Israel in its efforts to fend off boycott attempts, and urged the prime minister to reconsider the proposed legislation. 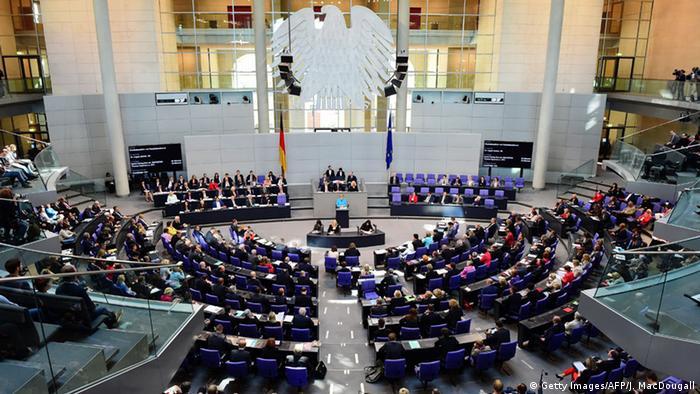 Germany's lower house of parliament in Berlin, the Bundestag

"This legislative initiative would fundamentally change the work of Israeli NGOs and thus the activities of civil society as a whole," they wrote. "A law of this sort is out of line with the function of role model performed by Israel's democracy."

"We understand your desire to make the work of NGOs more transparent through this law," they wrote. "However, those NGOs mainly funded from private sources - which also influence politics and public opinion in Israel - are not covered by the law. We are in favor of measures to enhance transparency, yet double standards and excessive hampering of activities through red tape should be avoided."

The politicians have stated that they are friends of Israel and regard the country "with admiration and respect." As an example of their friendship, they mentioned the "successful protest" against the Berlin department store KaDeWe, which announced a boycott of Israeli products and then reversed its decision and offered a public apology.

Shaked is scheduled to meet her counterpart, German Justice Minister Heiko Maas, in Berlin on Sunday as part of the events marking the 50th anniversary of the formal beginning of diplomatic relations between the two states.

German President Joachim Gauck will visit Israel on the same day and is also likely to raise concerns over the bill in his Jerusalem meetings with Israeli President Reuven Rivlin and with Prime Minister Netanyahu.

According to Israeli MK Nachman Shai, who accompanied Edelstein on his visit, many German lawmakers criticized the bill. "They told us: 'You're against marking products from the settlements, and we're helping to fight against it, but you're marking left-wing NGOs in Israel,'" he told the Israeli newspaper Haaretz.

In her letter, however, Shaked insisted that the tagging was a democratic and justifiable move: "I believe that encouraging a vibrant civil society includes prompting freedom of information and increasing of transparency of public activities."

"Both the law and the recent government bill do not prohibit or impose any restriction on receiving the contributions themselves," she stated, adding that "there is nothing in the law or the bill to substantially change the existing situation in Israel or harm the democratic process."