Knesset president warns against product labeling | Germany| News and in-depth reporting from Berlin and beyond | DW | 02.12.2015

Germany and Israel have developed close ties over the last 50 years. But, at a meeting of parliamentarians, different views were visible. The president of the Israeli parliament feels misunderstood in Europe. 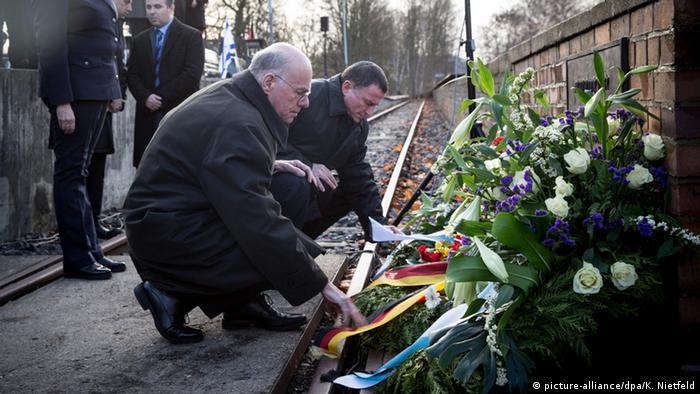 When a guest of state is in town to celebrate good relations between countries yet wants to vent frustration, he can say things like: "Our goal is not to be of one opinion, but rather to exchange opinions." Yuli Edelstein, president of Israel's parliament, the Knesset, emphasized the importance of exchanging such differences several times during his visit to Berlin.

Labeling products from the occupied territories

Edelstein, along with a delegation of Knesset members, came to Germany's parliament, the Bundestag, to celebrate 50 years of diplomatic relations. And the Knesset president, who is also a member of Prime Minister Benjamin Netanyahu's Likud party, obviously had something on his mind; namely, the labeling requirements, laid down by the EU in November, for products originating from Israeli settlements in the West Bank.

"We are very concerned that there are perhaps anti-Semitic motivations behind the decision," said Edelstein during a joint press conference with the president of the German Bundestag. Israel has reacted angrily to the decision. Right wing politicians in Israel felt reminded of the anti-Semitic boycotts enacted by the Nazis.

Nonetheless, discussions behind closed doors on the subject cannot have been very contentious. Edelstein's German counterpart is sympathetic to his cause. Bundestag President Norbert Lammert (CDU) brushed off accusations that the EU's decision had any anti-Semitic motives, but he also emphasized that Germany spoke out against the move. "The decision isn't wise or helpful, but it doesn't stem from anti-Semitism," he said.

The Bundestag president also suggested that he does not expect Germany to actually enact the EU recommendation. "I have no doubt as to how German institutions will deal with this recommendation," said Lammert in reference to a discussion about the Berlin department store KaDeWe. The store removed West Bank wines from its shelves following the decision by the European Commission and was harshly criticized by German politicians for it. Meanwhile, the wines are back on the store's shelves. 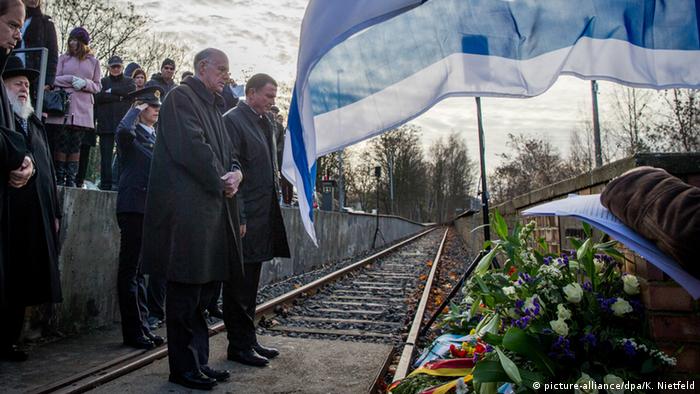 'Clash of civilizations with Islamic terrorism'

On the previous day, the two parliamentary presidents visited the Platform 17 Memorial at Berlin-Grunewald, which is dedicated to the memory of Jews deported during World War II by the Nazis. In a joint meeting with several parliamentarians on Wednesday afternoon, Lammert and Edelstein praised the friendship shared by their two nations. Lammert referred to the good relations as "a historical gift."

Edelstein, the son of Holocaust survivors from the Soviet Union, spoke of how 30 years ago he could never have imagined setting foot in Germany: "Today, Germany is a close ally of Israel. That has taken much courage."

Nevertheless, Edelstein was very clear about the fact that he expects more understanding for Israel's position in the conflict in the Middle East from other European nations. He says he hopes that the recent attacks in Paris have "woken up the skeptics."

Referencing the American political scientist Samuel P. Huntington, he explained that Western democracies find themselves in a "clash of civilizations with Islamic terrorism. Many Europeans had previously closed their eyes to that fact." In contrast, Foreign Affairs Committee Chairman Norbert Röttgen called for new efforts in the Middle East peace process with the Palestinians. He said that it was in Israel's interest to inject "more verve" into the talks.

Both parliaments agreed to hold annual joint sessions with policymaking experts in the future. The next meeting will take place in May 2016.

Berlin will host an international conference on anti-Semitism next year, the speaker of the Bundestag has told Israel's parliament. Norbert Lammert's visit to Jerusalem marks 50 years of German-Israel diplomatic ties. (24.06.2015)

Germany and Israel: a unique relationship

Six million Jews were killed in a genocide during the Nazi regime. Now, more than 70 years after the end of World War II, Germany and Israel have a close and friendly relationship - a small miracle? (01.11.2015)