Israel's prime minister convinced the far-right Jewish Home party to join his coalition just before the deadline to form a new government. Jewish Home has backed controversial legal proposals in the past. 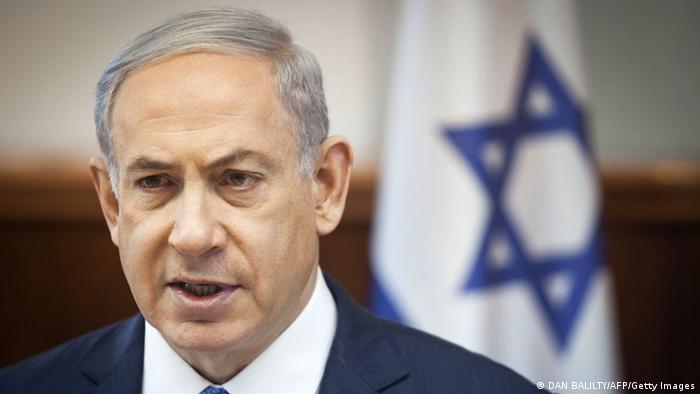 Prime Minister Benjamin Netanyahu joined hands with Naftali Bennett of the Jewish Home party in a coalition that would enable Netanyahu to form the country's new government.

The prime minister's deal with Bennett came barely two hours before a deadline set by President Reuven Rivlin. Netanyahu's Likud party, together with its coalition partners, the orthodox Shas and United Torah Judaism and now the far-right Jewish Home, can now achieve a majority of 61 seats in Tel Aviv's 120-member Knesset.

Coalition talks with the Jewish Home became complicated after Naftali Bennett demanded ministerial posts for its members, including the justice ministry, which Netanyahu wanted to keep for his party.

The justice ministry proved a sensitive issue in part because Bennett's candidate, Ayelet Shaked, was responsible for proposing a bill last year which would reduce the Supreme Court's powers to overturn legislation it found unconstitutional.

The draft law was proposed after the Supreme Court overturned a law that allowed the state to jail African asylum seekers without trial.

The pro-settler Jewish Home was the only alternative left for Netanyahu after Avigdor Lieberman, leader of the anti-Arab Yisrael Beiteinu and foreign minister in Netanyahu's outgoing government, refused to join the Likud's coalition. Netanyahu's bloc did not "reflect the positions of the nationalist camp," Lieberman said, after Likud offered his party two positions in the coalition government.

The Israeli prime minister announced snap polls after he admitted in December that his government was unable to function in a stable manner because of too many parties in the coalition. His Likud party, however, managed to win only 30 seats, forcing Netanyahu into negotiating with other parties yet again.