The president had previously threatened to raise import tariffs on foreign cars as a matter of national security on May 18. It was announced that the decision over the hikes will be delayed for 180 days. 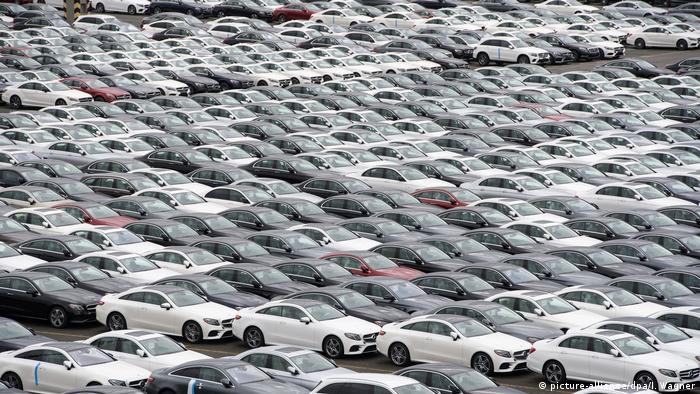 On Friday, US President Donald Trump released a presidential proclamation announcing a delay on the decision of whether to introduce new import tariffs on foreign cars and car parts.

The president, who originally stated he would make a decision on new tariffs by May 18, announced that the decision would be delayed for 180 days.

A matter of national security?

Calling the president's action "historic," the statement made clear that US Trade Representative Robert Lighthizer will lead trade negotiations with foreign manufacturers and the president will "determine what further action needs to be taken" if an agreement cannot be reached within 180 days.

Germany's minister for economic affairs, Peter Altmaier, reacted to the announcement by saying, "We regret the fact that the US side has now categorized automobile imports as a threat to national security."

Altmaier said the US move was inconsistent with World Trade Organization (WTO) rules, suggesting talks on scrapping tariffs instead: "We in the EU are prepared to negotiate an industrial tariff agreement that would drop import tariffs on both sides of the Atlantic to zero."

EU Trade Commissioner Cecilia Malstrom also took umbrage with US national security claims, tweeting, "we completely reject the notion that our car exports are a national security threat." Like Altmaier, she signaled a willingness to negotiate an agreement including cars, "but not WTO-illegal managed trade."

The tariffs would hit Japanese and European automakers. German carmakers feel particularly threatened by the prospect of such tariffs. Although they export vehicles to the United States, many have major production facilities in the US as well.

From there, they export cars to China. Due to Chinese retaliatory tariffs on imports arising from the escalating trade war between the US and China, companies such as VW, Daimler and BMW see themselves caught in a double bind.

Trump has argued that the EU is unfairly "ripping off" the US by charging higher tariffs on US automobiles than the US does on cars imported from the EU.

The WTO says that EU import tariffs on US cars average 5%, whereas the US average on EU cars is 3.4%.