US carmaker Tesla raised prices for some of its electric car models in China, becoming the first manufacturer to do so as trade tensions between Washington and Beijing hit producers. Other firms may soon follow suit. 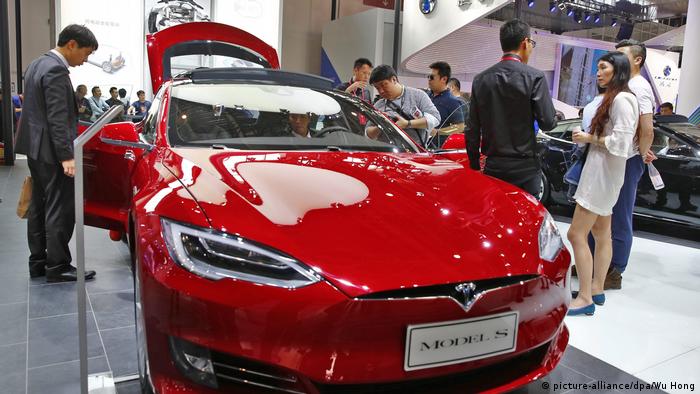 Tesla hiked prices for its Model X and S cars by about 20 percent in China, becoming the first automaker to adapt its price policy in the world's largest automotive market in response to a severe US-China trade conflict.

The move is the first indication of how much higher Chinese tariffs on certain US imports will flow through to showroom floors, with other carmakers likely to follow suit or shift a greater portion of their production to China.

"It's only the first chapter of this story," said IHS Markit analyst James Chao. He said he expected more companies from around the world to be affected by the current trade skirmish.

On Monday, German automaker BMW said it was planning to raise prices on US-built SUVs for the Chinese market due to higher tariffs.

China slapped retaliatory tariffs on US car imports in response to the US administration's move to impose higher duties on $34 billion (€29 billion) worth of Chinese goods.

For Tesla, which has been rapidly burning cash and struggling to turn a profit, China is key. Sales in the country accounted for about 17 percent of its revenue last year.

"They want more of a brand image and product experience — price is less of a concern for them."

US automaker Tesla has confirmed that it reached a manufacturing milestone over the weekend. The company was able to produce 5,000 electricModel 3 vehicles in roughly a week, only hours after the deadline. (02.07.2018)