US automaker Tesla has confirmed that it reached a manufacturing milestone over the weekend. The company was able to produce 5,000 electricModel 3 vehicles in roughly a week, only hours after the deadline. 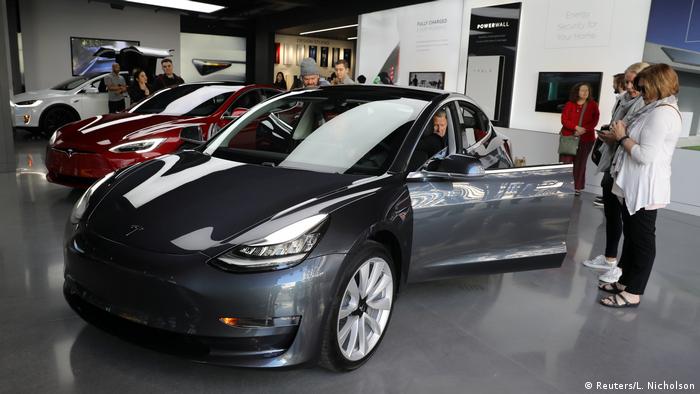 US carmaker Tesla produced 5,000 Model 3 electric sedans in the last week of its second quarter, with the final car rolling off the assembly line on Sunday only a couple of hours after a deadline set by CEO Elon Musk.

The chief executive confirmed in an email to workers that the firm hit its manufacturing target of 5,000 Model 3s per week.

"It was pretty hectic", said one worker who described the scene as "all hands on deck." Another employer said the Fremont, California-based factory was in a state of "mass celebration" after the 5,000th car was made.

"I think we just became a real car company," CEO Elon Musk said in his email seen by Reuters. The firm hit the Model 3 mark while also achieving its production goals of 7,000 Model S and Model X vehicles in a week.

After repeatedly pushing back internal targets, Tesla vowed in January to build 5,000 units of Model 3s per week before the close of the second quarter to demonstrate it could mass-produce the battery-powered sedan.

Delays had compromised Tesla's first-to-market position for a mid-priced, long-ranged battery electric car as a host of competitors prepared to launch similar vehicles.

Model 3 production, which began a year ago, had been plagued by a number of issues, including problems from overreliance on assembly line automation and battery issues.

The chief executive of US electric carmaker Tesla has warned staff about an unnamed employee who has conducted "extensive and damaging sabotage." He also described a recent fire at the firm as "hard to explain." (19.06.2018)