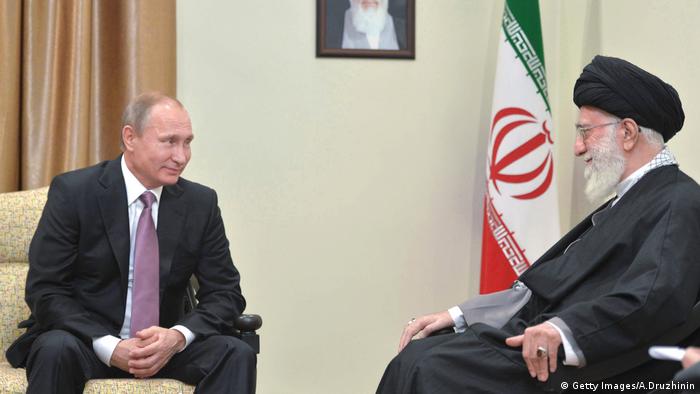 Russian President Vladimir Putin's festive season is spoiled beyond repair. First, US Congress imposed sanctions on companies building the Nord Stream 2 pipeline, the Kremlin's key European energy project. Then Israel, Cyprus and Greece — all of which enjoy cordial relations with Moscow — dealt it another blow by announcing the construction of a gas pipeline to Europe that could undermine Nord Stream's profitability. And only three days before Russian Orthodox Christmas, the Americans hit Moscow's Iranian ally hard by killing General Qassem Soleimani in Baghdad.

According to sources in Moscow, Putin knew Soleimani very well: He played a key role in creating the Russian-Iranian alliance that saved Bashar al-Assad's regime in Syria from what seemed in 2015 an imminent demise. 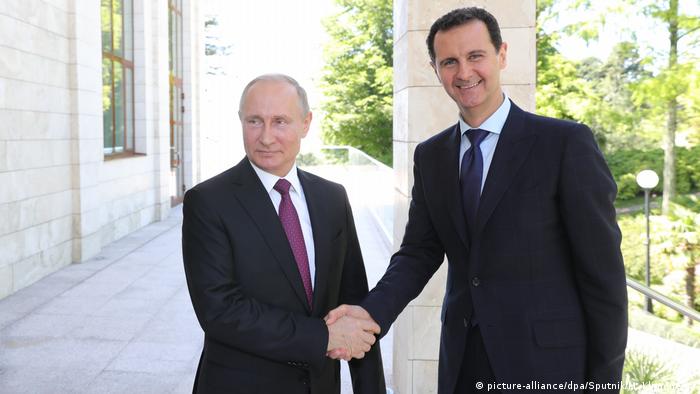 That US President Donald Trump targeted someone whom many considered the second most influential figure in Iran after its spiritual leader, Ayatollah Ali Khamenei, must have shocked the Kremlin and resurrected the ghost of yet another looming regime change. The White House's thinly veiled threat to take out not only military and economic but also "cultural targets" in Iran — a not-so-opaque reference to bombing the holy city of Qom, where Khamenei has official residence — adds to the anxiety.

It also unpleasantly reminds the Russian leadership that it has one important thing in common with the rulers in Tehran. The main goal of both regimes is ultimately very simple — survival. And although America will not (nor can it) change the political system of Russia, the death of Soleimani will no doubt be seen in Moscow in this light. Trump's sudden eagerness to play the political game of symbols — the fifty-two designated Iranian targets correspond to the number of US embassy employees taken hostage in Tehran in November 1979 on the orders of Ayatollah Ruhollah Khomeini — only adds to the unease. All this should worry Moscow.

Read more: The US and Iran — decades of enmity

On the surface, Russia would benefit from a hike in oil prices should the American-Iranian confrontation develop. It would also no doubt push Tehran to buy more weapons from Moscow and sign more deals with Rosatom, Russia's nuclear energy monopoly, which is building the Bushehr reactor on Iran's Persian Gulf coast. But despite the harsh statements by the Russian foreign ministry and the anti-American and pro-Iranian hysteria in state-controlled media, behind the scenes the Kremlin must hope that Tehran will limit its response to the Baghdad killing.

If the Iranians choose confrontation, President Putin will have two choices — either to stand by his Iranian allies through thick and thin or quietly exit the stage leaving Tehran to fend for itself. The first option means risking direct military confrontation with the United States, almost certainly more (and more severe) sanctions from US Congress, devastating painfully built relations with the Saudis and the Israelis. Moreover, all this will be in vain — Iran stands no chance of winning in such a conflagration.

The second option for Putin is looking from the sidelines as his Iranian allies get smashed militarily and economically. But what's worse is that it may also mean regime change in Tehran — governments that lose wars usually do not win any popularity. The late General Soleimani's security service and police colleagues already killed dozens if not hundreds of anti-regime demonstrators in recent months. The Kremlin may find it difficult — if not completely impossible — to deal with the new government, which will very probably be minded to make peace with the West and turn its back on Moscow.

In such a case Russia will not only lose a key ally in propping up Assad in Syria, but also become much less important to Israel (which sees Putin as a conduit to and influencer on the Iranians) and the Saudis (who essentially take the same view). It will also embolden Turkish President Recep Tayyip Erdogan, who already seems to be falling out with Russia over Libya. With the Iranian regime massively undermined or destroyed, Moscow's position in the Middle East and Vladimir Putin's personal prestige as the world's topmost authority on stopping "regime change" and someone who never leaves allies in the lurch, will be badly hit and revealed as much weaker than it seems. Russia's outsize role in the Middle East now is only due to America's willing withdrawal from the region than to Moscow's own political, economic and military weight.

President Putin has every reason to wish the Iranians backed off from confrontation with the United States. However, the first signs are not encouraging. With the Tehran-influenced Iraqi parliament voting to expel American troops from the country and Iran formally leaving the already-defunct Joint Comprehensive Plan of Action, and getting ready to relaunch its nuclear centrifuges, escalation may be on the cards. The Americans show day in, day out that they now "own" escalation.

Putin's best chance to avoid this drama is to play peacemaker — not alone but in the company of German Chancellor Angela Merkel and Turkey's Erdogan, who are rushing to meet him in the coming two days. Berlin and Ankara do not want to see the Middle East explode and will be asking Putin to use his close ties in Tehran to hatch a deal and fend off confrontation. If this last-minute effort does not succeed, the Russian strongman may soon become a spectator in drama that he wrote until now — but may find it impossible to finish.

Once again, Europe is suffering under the way Donald Trump makes political decisions on the fly. The only option left is to appeal to Iran's interest in self-preservation, says DW's Barbara Wesel. (06.01.2020)

Opinion: Time for high-emitting Australians to vote for real climate action 8h ago