Iran began pouring concrete for a new reactor at the Bushehr power plant, despite tensions over its nuclear program. "It was not us who started breaking commitments," said the state's top nuclear energy official. 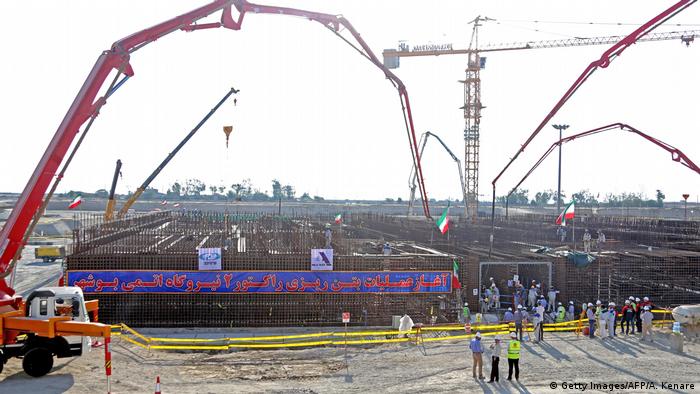 Workers began construction of a new nuclear reactor on Sunday at Iran's Bushehr power plant, which plays a key role in Iran's dispute with the US on enriching uranium.

"Nuclear power provides reliable electricity... and each power plant saves us 11 million barrels of oil or $660 million (€599 million) per year," Ali Akbar Salehi, head of the Atomic Energy Organization of Iran, said in a televised ceremony.

Footage from the scene in the port city of Bushehr showed trucks pouring concrete into a prepared base with the working reactor visible in the background. The new reactor is set to be completed by 2023 and plans for building a third nuclear station are already being developed, authorities say.

The expansion comes as Tehran struggles with US-imposed sanctions in the aftermath of Washington's withdrawal from the 2015 nuclear deal. 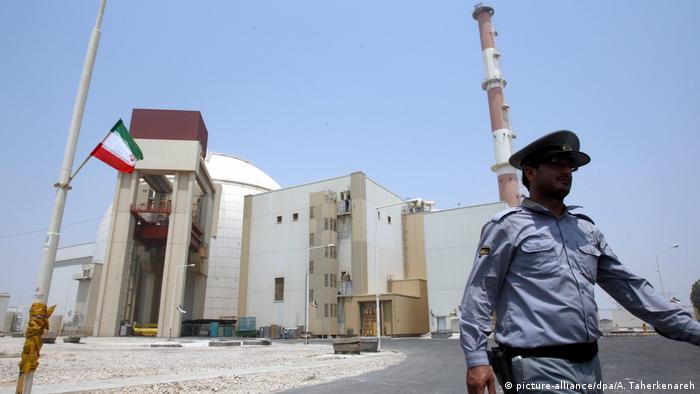 After the Trump administration abandoned the accord in 2018, Tehran took a series of highly controversial steps on its nuclear program. Notably, Iran is now enriching uranium above the 3.67% limit prescribed by the deal. One of the reasons for the breach, according to officials, was to supply the Bushehr power plant.

At the same time, Iran insists the remaining signatories of the 2015 deal — China, Russia, France, Germany and the UK — should keep the accord alive.

"It was not us who started breaking commitments; it was them who did not keep to their commitments and cannot accept the nuclear deal as a one-way road map," Salehi said on Sunday.

Also on Sunday, Iran's Foreign Ministry rejected claims made by the US and Israel that a stockpile of nuclear material had been discovered on an undeclared site outside Tehran. Israeli officials said Iran had attempted to develop a nuclear bomb in a program that ended in 2003, and that the material at the site comes from this program.

"We don't accept this and we condemn these efforts," ministry spokesman Abbas Mousavi said. "Reopening a case which has been already resolved and closed is not compatible with any laws, regulations or agreements."

Germany's nuclear phaseout will be completed by the end of 2022. Safe final repositories for nuclear waste still haven't been found, but some countries are still building new reactors. Does nuclear power have a future?