Iran has stepped further away from its international nuclear pact by restarting uranium enrichment at its Fordo facility, state media have reported. Other parties have called on Iran to stick to the deal. 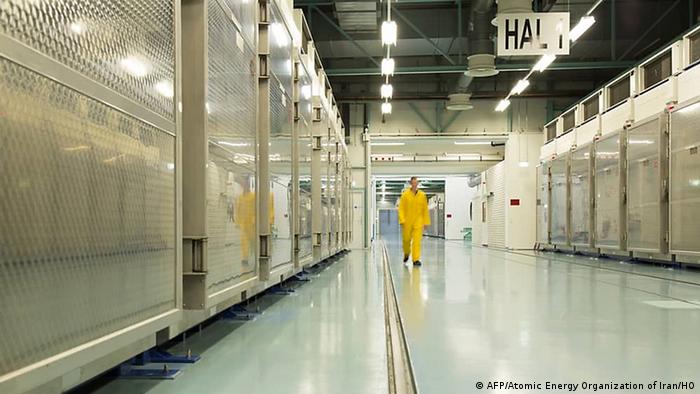 Iran restarted enriching uranium at its Fordo underground mountain nuclear plant on Thursday, marking an important step away from an international 2015 nuclear pact.

The process began at midnight on Wednesday in the facility when uranium gas was injected into the plant's centrifuges— spinning cylinders used to separate atomic elements.

"After all successful preparations ... injection of uranium gas to centrifuges started on Thursday at Fordo ... all the process has been supervised by the inspectors of the UN nuclear watchdog," said Iran's Atomic Energy Organization (AEOI), Iranian media outlets reported.

Under the 2015 pact, named the Joint Comprehensive Plan of Action (JCPOA), all 1,044 centrifuges were to be used for "purposes other than enrichment"— for example civil use.

But now 696 centrifuges will be used for enrichment, according to AEOI's spokesman Behrouz Kamalvandim, breaking the terms of the 2015 pact. 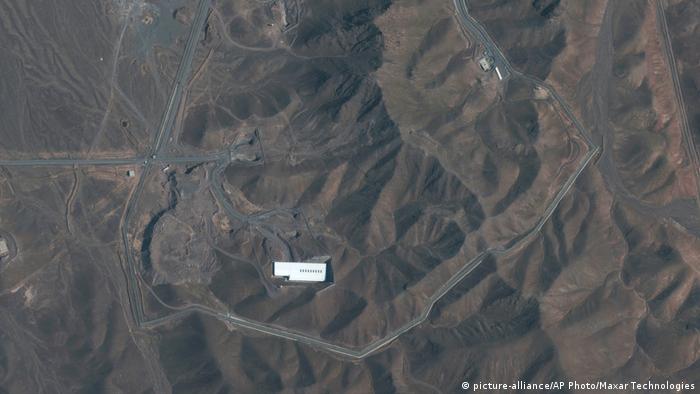 "The process will take a few hours to stabilize and by Saturday, when International Atomic Energy Agency (IAEA) inspectors will again visit the site, a uranium enrichment level of 4.5% will have been achieved," Kamalvandi told Iran state TV.

The more enriched uranium the nation possesses, the closer it becomes to reaching amounts that could form the core of a nuclear bomb. The initial 2015 pact was aimed at slowing down this process. Iran has repeatedly denied intending to produce a nuclear weapon.

The IAEA were also informed of the shipment of the nuclear cargo to the Fordo site on Wednesday, according to Iran's Tasnim News Agency. The facility lies beneath the mountains just north of the holy city of Qom.

Why has Iran re-started its enrichment program?

Iran restarted its nuclear enrichment program, hoping to pressure the US into lifting its "maximum pressure" sanctions that it re-imposed on the country in 2018. US president Donald Trump had complained the nuclear deal was mostly favorable to Iran.

By re-imposing sanctions the US broke with its side of the JCPOA which was agreed between Iran and world powers known as the P5+1 — the US, UK, France, China, Russia and Germany.

In return Iran has taken a step-by-step withdrawal from the JCPOA, gradually increasing its uranium enrichment capabilities.

The Iranian move will further complicate the chances of saving the accord that European powers have urged Iran to respect, despite the US sanctions.

Tehran said it has streamlined its ability to produce enriched uranium on the anniversary of the 1979 US hostage crisis. The head of Iran's nuclear program said it shows the country's "capacity and determination." (04.11.2019)

US sanctions against Iran are back in effect

The first phase of US sanctions against Iran went back into effect in early August. Here's a breakdown of what the sanctions are targeting and how Iran has reacted to the measures. (07.08.2018)