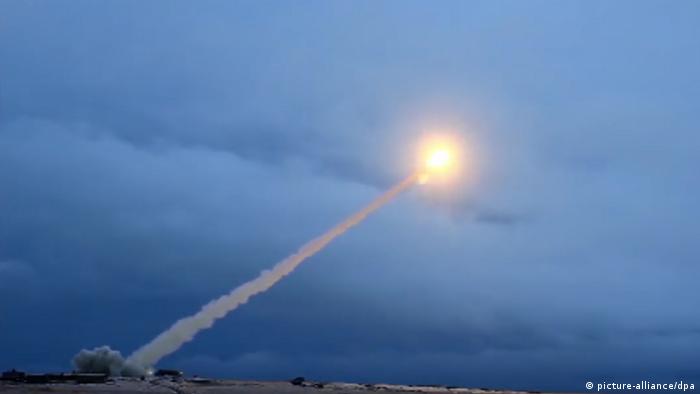 Foreign ministers from 16 non-nuclear countries gathered in Stockholm, Sweden, Tuesday to discuss the state of the Nuclear Non-Proliferation Treaty (NPT), urging nuclear powers "to shoulder their responsibilities for disarmament."

As German Foreign Minister Heiko Maas added, "at the same time we need to prevent further countries from obtaining nuclear weapons." Maas called the spread of nuclear weapons: "a danger to world peace. We must counteract this negative development."

Maas also said Germany was willing to hold a follow-up meeting in Berlin next year.

The JCPOA 'is in acute crisis'

Maas arrived in Sweden on the heels of his Monday meeting with Iranian Foreign Minister Javad Zarif in Tehran. Maas said of the Joint Comprehensive Plan of Action (JCPOA), or Iran nuclear deal, "The treaty is in acute crisis."

Maas traveled to Tehran in hopes of salvaging the deal in the wake of US President Donald Trump's unilateral withdrawal in May 2018.

'The NPT is the cornerstone of international action'

In Stockholm, Swedish Foreign Minister Margot Wallstrom said, "The NPT is the cornerstone of international action for disarmament and non-proliferation."

Wallstrom countered doubts about the potential efficacy of Tuesday's meeting, saying: "We did not want to begin by inviting countries that can prevent us from moving ahead. We wanted to gather ambitious countries that want to do something."

Tuesday's meeting will focus on increasing transparency regarding nuclear arsenals, as well as ways to reduce deployment thereof.

A conference to review the state of the NPT is slated to convene next year.

Yukiya Amano, the head of the International Atomic Energy Agency, an international watchdog, told reporters on Monday that Iran had increased its uranium enrichment as a result of the US withdrawal from the JCPOA.

"Yes, the production rate is rising," said Amano, though he found Iran to be compliant with the rules outlined by the JCPOA.

Iran has been under increasing pressure due to tough US sanctions and is urging the treaty's other signatories — Germany, France, the United Kingdom, China, Russia and the EU — to ensure financial support in return for its continued adherence to JCPOA rules.