Iran has canceled parts of the nuclear deal and threatened to blockade access to oil in the Persian Gulf. The US has sent a fleet into the area. Is a third Gulf War in the making? Udo Bauer answers some big questions. 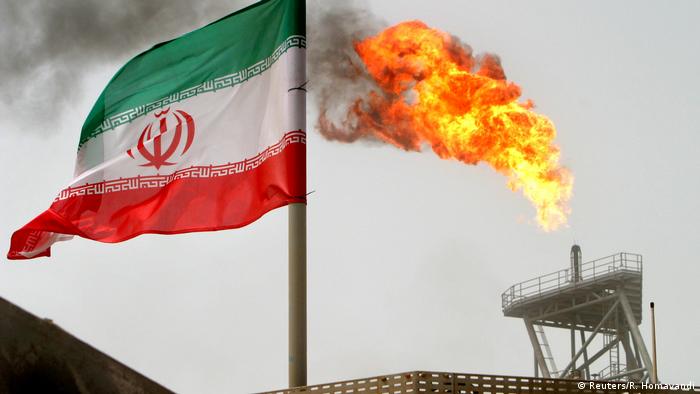 How did the current escalation develop?

Last month the US further tightened its sanctions against Iran, making it even more difficult for Tehran to export oil than it had been previously. The consequent prospect of further economic decline left Iran feeling threatened. In addition, Washington recently recategorized the Iranian Revolutionary Guard Corps (IRGC), a powerful and elite security force, as a terrorist organization. The rhetoric of the Iranian regime has subsequently grown sharper: Both the head of the IRGC's navy force and President Hassan Rouhani have recently threatened to blockade the Strait of Hormuz.

What would such a blockade mean?

The whole world would feel the effects. This narrow sea route between the Persian Gulf and the Gulf of Oman sees some 30% of the world's crude oil transported through it. Moreover, a blockade would be relatively easy to orchestrate. At some points the strait is only 40 kilometers (25 miles) wide, and only two paths, each 3 kilometers wide, are even navigable for supertankers. A few judiciously placed mines could shut down all traffic. If Iran were to do that, a war in the Gulf could well be unavoidable. But it's doubtful that Tehran would go this far, since such a move would antagonize not only the US but also all of Iran's oil-exporting neighbors in the Gulf.

What other cards does Tehran hold?

The nuclear deal itself. Though the US has withdrawn from the 2015 pact, known as the Joint Comprehensive Plan of Action (JCPOA),  the European signatories and Iran are still committed to it and have been skillfully circumventing the unilateral US sanctions. But now the Iranian government wants to suspend parts of the deal, keeping more enriched uranium and other nuclear components than allowed for. Iran has also said it will start resuming high-grade uranium enrichment unless the deal's signatory states can manage to protect its oil and banking sectors from sanctions within the next 60 days.

Is the nuclear deal doomed?

That depends on how the Europeans react to Tehran's ultimatum. There's a good chance they'll simply reject it as attempted blackmail, in which case the deal would almost certainly be dead. 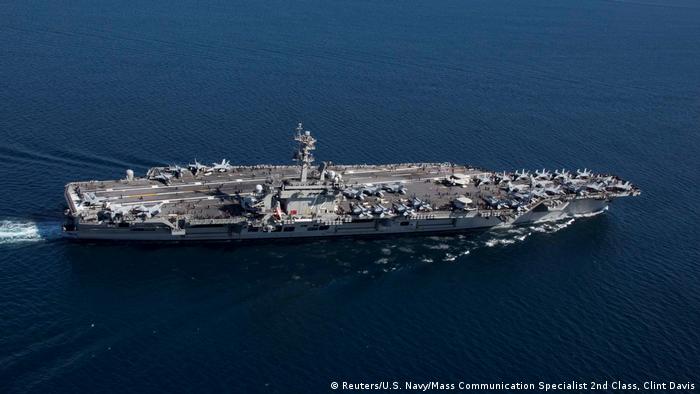 Does the US have military plans?

The US is likely to massively increase troop presence in the Gulf region. A fleet attached to the aircraft carrier USS Abraham Lincoln is on the way to the area and will arrive in the next few days. In addition, B-52 bombers are expected to be transferred into the region. These two measures will allow the US to react immediately to any Iranian attack. Secretary of State Mike Pompeo also did not rule out military action in remarks made last week.

Do we know anything about Iran's plans?

Yes, we do. However, it comes from US intelligence agencies, which have not always been right in the past. According to the agencies' "concrete and credible" information, the Iranians are planning attacks on US troops in Iraq and Syria. Iran also allegedly sent short-range rockets to Iraq on sailing boats, US cable broadcaster CNN reported, citing high-ranking Iranian officials.

What does the US expect from its regional allies?

The US demands loyalty and protection, which could be seen clearly on Tuesday during Pompeo's surprise visit to Iraq. The Shiite-dominated government in Baghdad has close ties to the similarly Shiite Iranian government, but has the US to thank for its being in power at all. Meanwhile, Sunni-led Saudi Arabia and the smaller Arab emirates are traditionally US allies and hostile to Iran.

So will there be a war or not?

At the moment there won't be, as long as Iran does not do anything rash. The US tends to launch large-scale attacks only once its troops and weapons systems are all totally prepared, but it will surely react quickly if Tehran does decide to blockade the Strait of Hormuz or attack US troops in the region. At the same time, the US has no interest in a large-scale war. President Donald Trump promised during his campaign that he would not launch new wars as quickly as his predecessors. So while there is saber-rattling on both sides, a third major Gulf War is not likely.