Britain, France, Germany and the EU have issued a joint statement warning Iran to stick to its commitments under the 2015 deal on its nuclear program. Tehran's recent actions and activities were "deeply concerning." 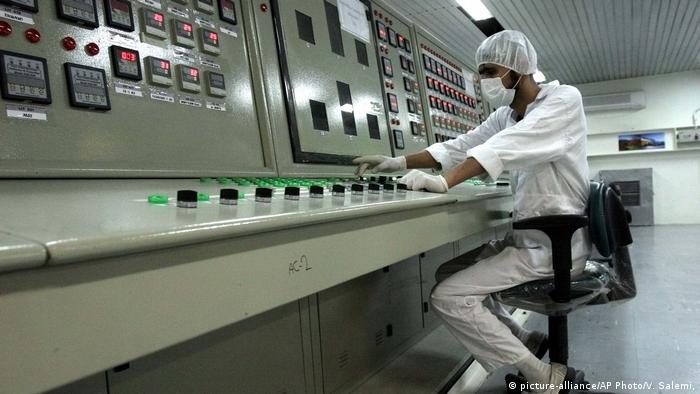 European powers on Friday called on Iran to work with the International Atomic Energy Agency (IAEA).

The UN's nuclear watchdog confirmed earlier this week that advanced centrifuges had been installed at a nuclear plant.

A leading role: Europe has been desperately trying to save the Iran nuclear deal since the US withdrew from it in 2018. After the US reimposed sanctions on Iran, Tehran began to pull out of part of the agreement.

Recently, however, President Hassan Rouhani informed the IAEA, "All of our commitments for research and development under the JCPOA will be completely removed," as the agency stated in a report issued on September 8. By restarting centrifuges, Iran will increase its ability to further enrich more uranium at more refined levels.

The Joint Comprehensive Plan of Action (JCPOA), was reached in July 2015. Iran and the United States, Germany, Britain, China, Russia and France (known as the P5+1), as well as the European Union, agreed to lift crippling international sanctions related to Iran's nuclear program in exchange for Tehran dismantling it. However, President Donald Trump pulled the US out of the agreement in May last year.