Once again, Europe is suffering under the way Donald Trump makes political decisions on the fly. The only option left is to appeal to Iran's interest in self-preservation, says DW's Barbara Wesel. 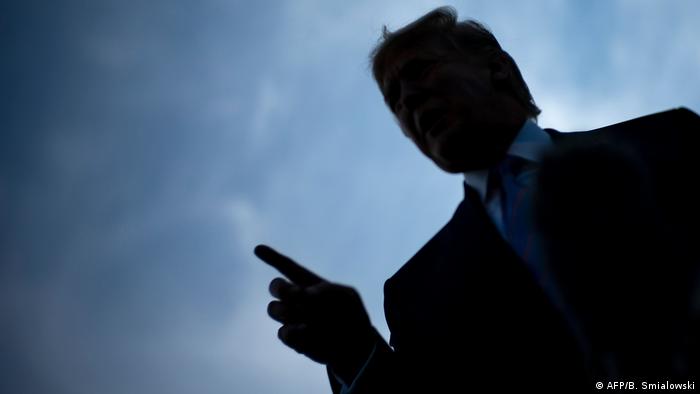 It was a dramatic start to a year that threatens to become a wild political rollercoaster ride. The Europeans, whose holiday peace was upset by the news of the unexpected killing of Iran's second-most powerful man, must now suffer the consequences. Uninformed and powerless as usual, they once again face the fallout from the US president's spontaneous unilateral decisions. They are caught in the Trump trap and cannot free themselves on their own.

Any illusions about the possibility of an even partially rational cooperation on foreign policy with the government in Washington have long been shattered. Cynical remarks by US Secretary of State Mike Pompeo, who accuses the Europeans of not giving enough support in the Middle East, underline their helplessness. What might he be thinking of after Soleimani's death — troops for a US-led war in the Middle East? It is that hint of madness in his and President Trump's statements that makes the dangerous situation even more disturbing.

The US president had actually promised to end endless wars in the Middle East and bring American soldiers home. Even experienced observers of US Middle East policy have been unable to explain how this fits in with the strike against Soleimani. They fear there is no strategy to follow up on the current blind flurry of activity, including the drone attack at Baghdad airport.

This is not even about "America first," Trump's declared goal when it comes to economic relations. The Europeans find themselves in the trap of a kind of US foreign policy that is marked by the emotional eruptions of an unpredictable president and his power-drunk neocon supporters, who have returned to power in Washington. Basically, their only explanation for killing Soleimani is: "Because we can."

Europe has nothing but diplomacy

Granted, Europe looks weak and helpless when, in joint statements, Europeans call for de-escalation after their presumed partner, the US, has just done everything it can to escalate the situation. But there may be a window for diplomatic attempts to prevent matters from worsening. What is clear is that Tehran is planning a counterstrike; the nature of that strike will decide whether the situation will escalate even further. Possibly, that decision has not yet been made. EU chief diplomat Josep Borell has contacted the Iranian foreign minister, hoping to influence him at a European crisis meeting. 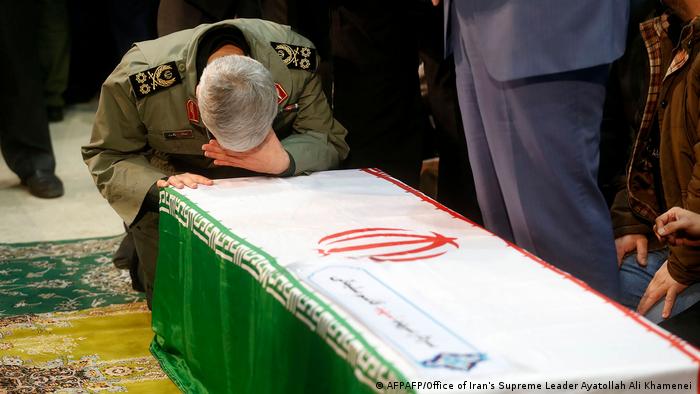 Tehran has declared an end to its obligations concerning the non-enrichment of fuel rods under the nuclear agreement that Britain, France and Germany had struggled to keep alive last year. But even this door is not closed for good as long as inspectors are still allowed into the country. There are still a few signs that the Iranian government might talk to the Europeans.

What is clear is that no one in Europe has shed a tear for Ghassem Soleimani. He is responsible for hundreds of thousands of deaths, especially in Syria and Yemen; he was the patron of the very wars and militias that aim to cement Iran's dominance in the region. The bloody suppression of all resistance was part of his program. But his unexpected killing caused a shock wave nevertheless.

View of the abyss

The Europeans must now use whatever contacts remain with the Iranian government to appeal to the regime's will to survive. Tehran knows that it would lose any direct military confrontation with the US. The economic situation in the country is already tense, as the latest wave of protests has shown.

Is there still room for a political solution? The European negotiators have virtually no chance but must make use of the little they have. The threat of an open war could boost diplomatic efforts. On the other hand, the new year will quickly show how strong the current tendency to suicide is among all those involved. One would have liked to have waited a few more months before peering into this political abyss.

Iran army: US lacks 'courage' for conflict after Trump threats

Donald Trump warned Iran would be hit "very hard" if Tehran retaliated against the US, saying "52 sites" were targeted. But Iran's army chief said the US lacked the "courage" to initiate a conflict. (05.01.2020)

Turkey ready to back Sweden, Finland NATO bids 7h ago