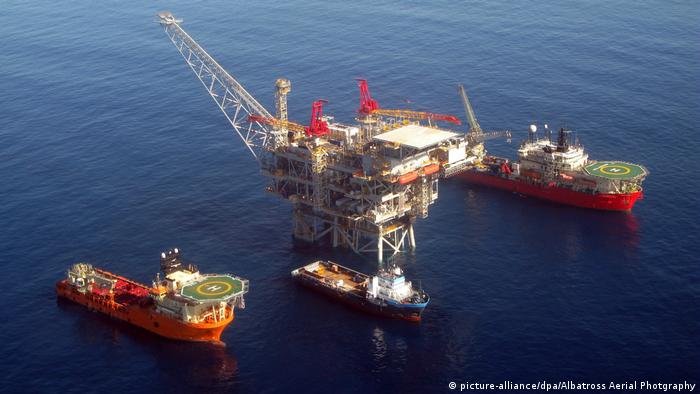 The EastMed project is a 1,900-kilometer (1,180-mile) undersea pipeline designed to deliver Israeli natural gas to Europe by 2025. Italy is set to be the largest single purchaser of the Israeli gas, but several other southern European countries stand to benefit from the project as well.

The EastMed pipeline will be the longest underwater pipeline in the world, one Athens-based paper wrote, while the business-friendly paper Phileleftheros called the agreement "historic."

The project also seems to be fueling further energy diplomacy in the region: This weekend, foreign ministers from Egypt, Greece and Cyprus will discuss other new projects in Cairo, and on January 7, US Secretary of State Mike Pompeo will travel to Cyprus. 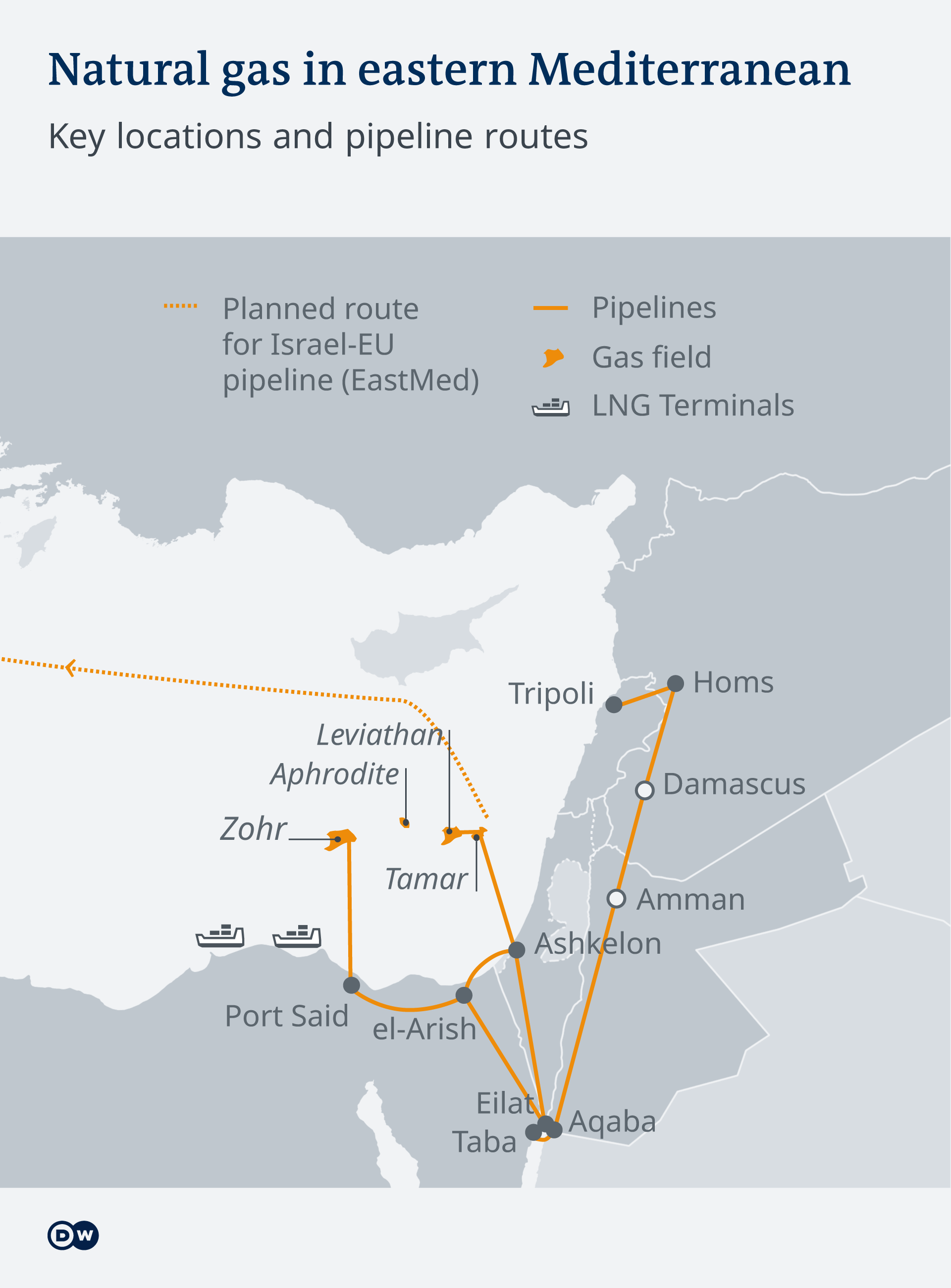 It is clear that all those involved are seeking to send the message that things are on the move in the eastern Mediterranean — but the question is what exactly?

The Greek state television channel ERT consistently refers to the EastMed project as a "protective shield against Turkish provocations." Such statements make clear that, from Athens' point of view, the pipeline is a response to recent rapprochements between Turkey and the internationally recognized government in Libya.

Greece, Cyprus and Turkey have been fighting over gas reserves in the eastern Mediterranean for years. In late 2019, Turkey and Libya signed a treaty defining a shared economic zone tailored to their own needs — simply dividing up most of the eastern Aegean Sea between them. That put waters east of the Greek island of Crete under Turkish control, and that is precisely where the EastMed pipeline is set to run.

What's up with Italy?

That Italian representatives will not attend the EastMed contract signing in Athens is seen by many as a setback, too. According to Greek media, Rome's absence is directly related to differences of opinion within the Italian government.

Though Italy has assured Greece it will continue to support the project, Italian Minister of Economic Development Stefano Patuanelli said Rome will also have to build a second underwater pipeline on its own in order to draw gas from the Greek port of Igoumenitsa.

The EastMed pipeline is primarily important for geopolitical reasons, according to Alex Lagakos, deputy director of the Athens-based think tank Greek Energy Forum, and not for its profitability — of which he said he is highly skeptical. He said that is because the cost of the project will be astronomical, with initial estimates beginning at €6 billion ($6.7 billion). 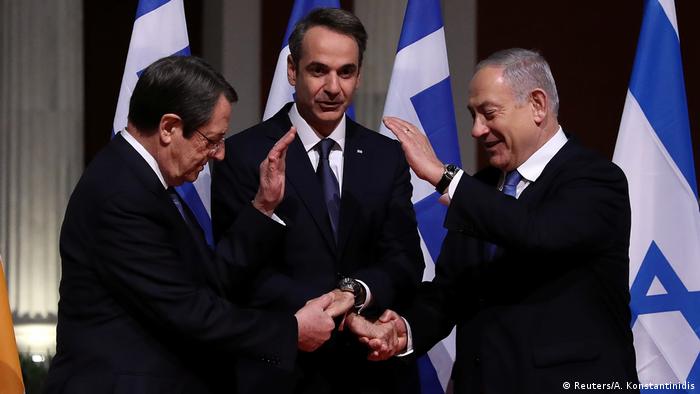 Do Greek, Cypriot and Israeli leaders have the money to make the EastMed pipeline plan a reality?

Although Greece, Cyprus and Israel are all politically onboard, that does not mean they have the funds to finance the pipeline's construction, Lagakos warned.

And EU funds for the project are unlikely as the bloc has sworn off investment in fossil fuel projects in favor of green alternatives.

"The EastMed pipeline will have to be exclusively financed by private investors, and that will be difficult," Lagakos said.

An eastern Mediterranean pipeline is also unlikely to attract investors due to a glut of gas on the international market, Lagakos added.

"Customers are also increasingly importing liquid natural gas via port terminals," he said. "Why would they want to lock themselves into long-term pipeline commitments when they can flexibly and cost-effectively turn to LNG when they need to?"

Still, it seems there is no shortage of new pipeline projects. On January 8, Russian President Vladimir Putin and his Turkish counterpart, Recep Tayyip Erdogan, plan to open the Turkish Stream pipeline that runs through the Black Sea. The project is designed to deliver Russian gas to Europe. It remains to be seen whether EastMed and Turkish Stream will complement or compete with one another.