Israel is set to exploit the offshore Leviathan gas field. Some of the resources are to be exported to Egypt and Jordan. There is optimism that the gas trade could lead to improved relations within the region. 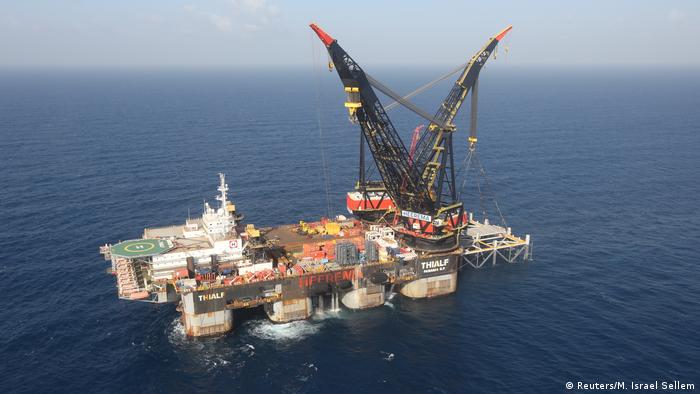 About 130 kilometers (80 miles) west of the port city of Haifa and 1,700 meters (5,500 feet) below sea level, the Leviathan gas field was discovered nearly a decade ago. It contains Israel's largest supplies of natural gas in the Mediterranean. Sea. Production is set to start at the beginning of 2020, with initial exports headed to Egypt. Exports to Jordan would begin immediately afterward.

According to an announcement by Israel's Energy Ministry, the permits signed prior to the court order allow for exports of up to 60 billion cubic meters (2 trillion cubic feet) of gas sourced from the Leviathan field, as well as 25 billion cubic meters sourced from the Tamar field, about 50 kilometers away, over an initial period of 15 years. Leviathan partners include the US-based company Noble Energy and Israeli companies Delek and Ratio Oil Exploration.

Israeli Energy Minister Yuval Steinitz called the exports "the most significant economic cooperation between Israel and Egypt since the signing of the peace treaty between the countries" three decades ago.

Read more: Is EastMed gas paving the way for a new geopolitical era? 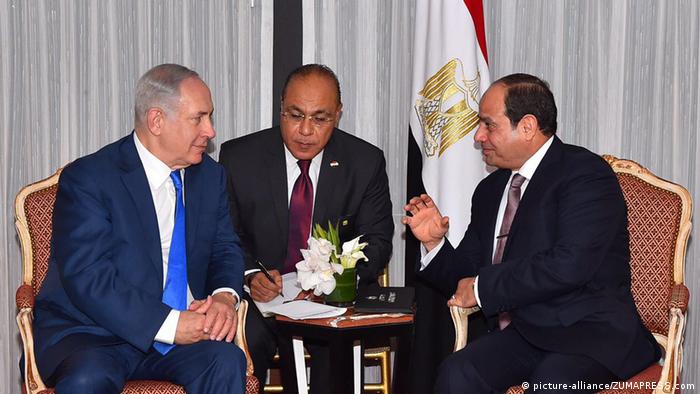 "This is changing Israel's relations with many of its Eastern Mediterranean neighbours, and providing clear opportunities for advancing geostrategic objectives," the analyst Ezra Friedman wrote in a report for Britain's Fathom think tank.

Friedman wrote that the 85 billion cubic meters of gas exports could be worth up to $19.5 billion (€17.5 billion) for Israel. The gas will reach Egypt via the 90-kilometer subsea pipeline from Ashkelon to El-Arish.

The political scientist Gamal Gawad, of Egypt's Al-Ahram Center for Political and Strategic Studies, told DW that it is unlikely that Israel and Egypt would become direct allies in the foreseeable future. "But certainly an economic partnership could come into being, because those ties are advantageous for both sides," Gawad told DW. "After all, we are talking about two countries which have signed a peace treaty, which honor agreements on an international level and which are, therefore, capable of developing economic ties of a rather different kind." 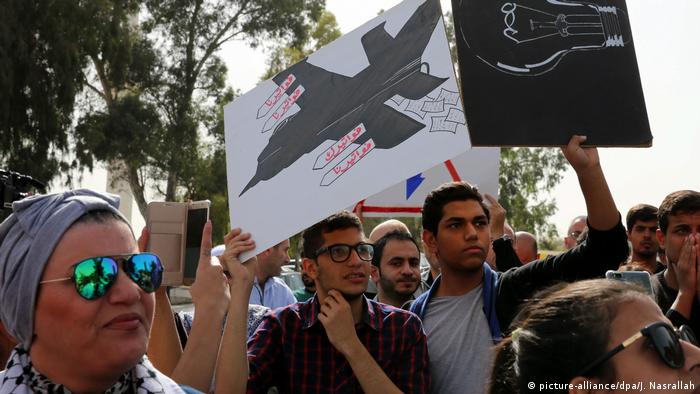 In 2016, protesters turned out in Jordan to oppose a gas-trade agreement with Israel

Gawad said there was also a major advantage for Jordan in its own agreement with Israel: "Importing gas from an immediate neighbor is much cheaper than importing it from some remote country." In addition, both Israel and Jordan are affected by political unrest in the region. Israel faces challenges with Iranian troops and Hezbollah fighters stationed across the border in Syria, whereas Jordan currently accommodates nearly 665,000 people displaced by Syria's civil war. So both nations share a common interest in establishing maximum stability in the region.

All in all, the economic cooperation could bring about a mutual dependence that would be difficult to reverse, said Stefan Wolfrum a research assistant focused on the Middle East and Africa with the German Institute for International and Security Affairs. "The EMGF, in particular, could contribute to the solution of conflicts related to energy policy," he said, "or intergovernmental conflicts — for example, the division of the Aphrodite gas field between Israel and Cyprus."

The dynamics of the emerging gas market in the eastern Mediterranean have even brought Lebanon, which is not an EMGF member, into negotiations with Israel on the delineation of common sea borders. "Likewise, the EMGF membership of the Palestinian Authority could bring about a new constellation in the Middle East conflict," Wolfrum said. "Israel is involved in negotiations with the Palestinians regarding extraction of gas reserves off the Gaza coast."
DW sends out a selection of the day's news and features. Sign up here.

Egyptian leaders stressed their country's strong ties with Moscow during Russian Foreign Minister Sergey Lavrov's visit, but urged a solution to the war in Ukraine.