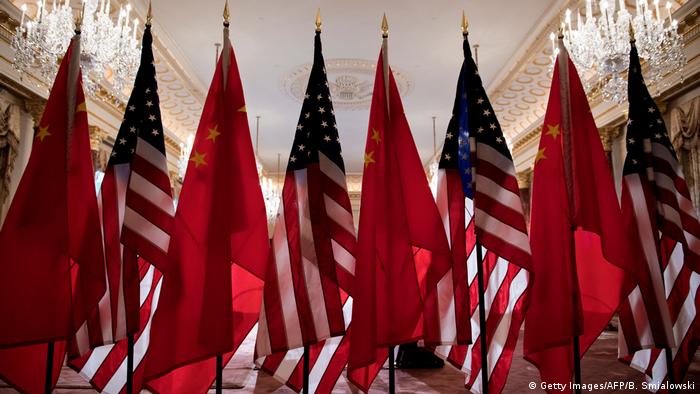 US Secretary of State Mike Pompeo began his speech at the Munich Security Conference on Saturday by defiantly rejecting the motto of this year's gathering: "Westlessness." "The West is winning, we are collectively winning. We're doing it together," Pompeo declared to the delegates sitting in the palatial main hall of the Bavarian hotel.

He went on to list what he believed were the West's achievements, insisting on the power of democracy to foster prosperity. "Free nations are simply more successful than any other model that's been tried in the history of civilization," he said, before remarking of the refugee crisis: "you don't see the world's vulnerable people risking their lives to skip illegally en masse to countries like Iran or to Cuba."

But after that projection of confidence, the secretary of state devoted much of the second half of his 16-minute speech to the world power he thinks other nations should fear most: China.

"China encroaches on the exclusive economic zones of Vietnam, the Philippines, and Indonesia," he said. "China has had a border or maritime dispute with nearly every nation bordering it … Huawei and other Chinese state-backed tech companies are Trojan horses for Chinese intelligence. ... China demands silence on Taiwan and Hong Kong so that deals will keep flowing." 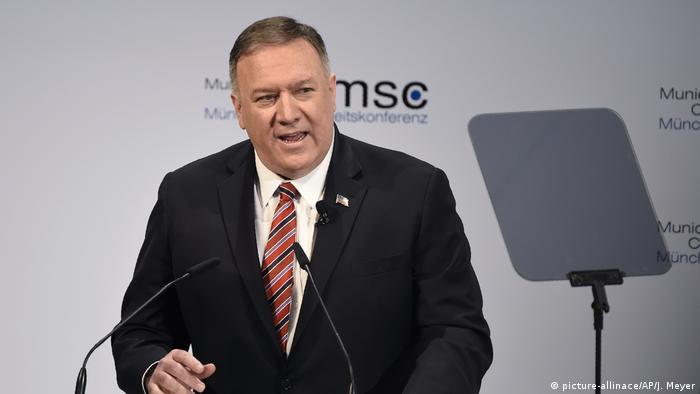 U.S. Secretary of State Mike Pompeo dedicated much of his speech to discussing the threat China poses.

The theme was taken up a few minutes later by his cabinet colleague, Defense Secretary Mark Esper, who said in his speech, "Under President Xi's rule, the Chinese Communist Party is heading even faster and further in the wrong direction—more internal repression, more predatory economic practices, more heavy-handedness, and most concerning for me, a more aggressive military posture."

Esper was quick to clarify his point: "Let me state up front, though, the United States does not seek conflict with China," he added, before mentioning the aid that the US has sent China to help deal with the coronavirus.

Read more: Phase one agreement aside, could the trade war future mean choosing China or the US?

Ian Bremmer, president of the think tank Eurasia Group, listened to Esper with a certain skepticism. "He said that, and then he spent most of his speech talking about how China is not playing by the rules and how we need to confront them," he told DW's Michaela Küfner. "They're the principal challenge to the United States. What's interesting is that pretty much everyone in the administration in the US, and all the Democrats that are here, agree with that line. But Donald Trump doesn't. Trump is the one saying, Xi Jinping is doing everything he can on the coronavirus." 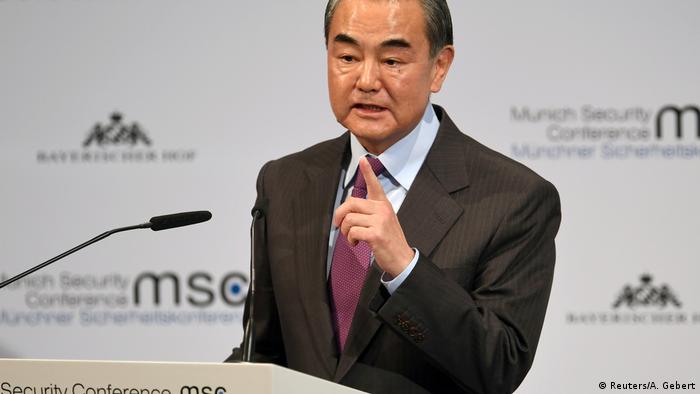 China's response to Pompeo and Esper was to suggest the US was suffering a mixture of illusions of grandeur and paranoia. "The West also needs to eschew the subconscious belief in the superiority of its civilization and abandon its prejudices and anxieties regarding China," Chinese Foreign Minister Wang Yi said in his remarks to MSC delegates. "It needs to respect the choices of the Chinese people and accept and welcome the development and rejuvenation of a major country in the East, one with a system different from the West."

His language in the ensuing Q&A was even less diplomatic. "(Pompeo and Esper) repeated their smear campaigns and criticism of China," he told MSC chairperson Wolfgang Ischinger. "I don't want to waste our time reacting to all the things they said. Basically I can say that all these accusations against China are lies." 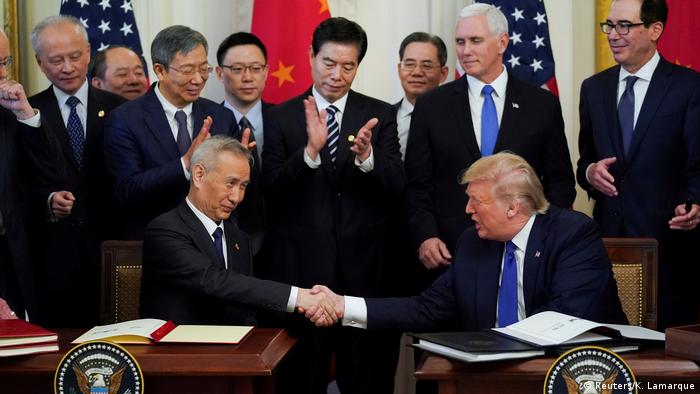 Last month the US and China signed 'phase one' of a trade agreement—but some experts say trade tensions between the two will only grow.

Wang Huiyao, president of the Center for China and Globalization and an advisor to the Chinese government, said the MSC's "Westlessness" theme merely reflected a necessary correction in how the West regards the world.

"I think it's good not to emphasize too much 'West' or 'East'—we are mankind and we have a common destiny," he told DW's Shamil Shams. "It doesn't mean China is going to be the dominant power in the world. China still lags behind the US in per capita GDP, it is still a relatively large developing country in many ways."

The advantage of authoritarianism

It's true that the apparent split in the message from the US administration hints at some of the uncertainty in the West with regards to how to deal with China. The US remains the world's foremost superpower—but, as is the nature of democracies, it does not always speak with one voice.

That, said Bremmer, gives other big countries an advantage: unity of purpose: "The Russians and the Chinese aren't as strong, but they know what they're doing, right?" he said. "If you look at Putin and Xi Jinping, they've both now become leaders for life. They both now have no domestic challenges, it's very easy for them to project long term, even with countries that don't have the same resilience, don't have the same cash, don't have the military capabilities of the United States…And that's a problem."

US Secretary of State Antony Blinken and his Chinese counterpart Wang Ji have held their first talks in months. The two discussed tension over Taiwan as well as Beijing's stance on the Russian invasion of Ukraine.