China has been ranked as the world's second-largest weapons manufacturer, according to new research by a leading peace institute. The Asian superpower jumped ahead of Russia, from whom they used to buy many weapons. 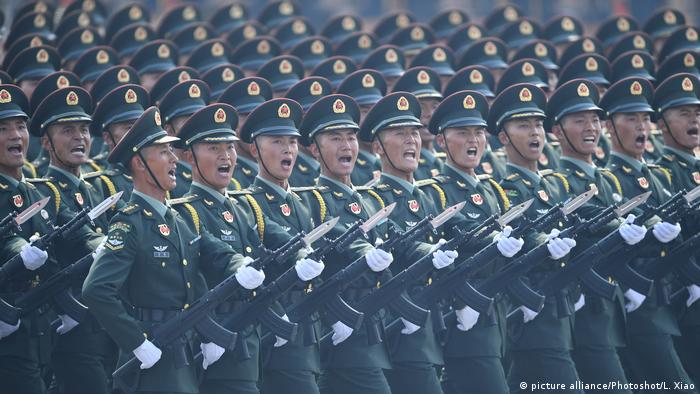 China is the world's second-largest arms producer, behind the US, a Swedish research institute announced on Monday.

Read more: Can Chinese weapons contribute to peace in Africa?

"This research represents the most comprehensive picture of Chinese companies' weapons production to date," SIPRI announced on their website. They also noted that the new figures are likely an underestimate, given the lack of transparency in China.

The vast majority of the Chinese munitions sold every year are bought by the different branches of China's People's Liberation Army.

In the previous report published in 2017, SIPRI placed China at sixth place in the world. These new figures place it ahead of Russia. In the past, China was a major importer of weapons from Russia.

SIPRI ranks individual companies rather than countries. Three Chinese arms manufacturers would be placed in the top 10.

The largest peacekeeping missions in the world are in countries most exposed to climate change, according to a Sweden-based research institute. Without new approaches, peace doesn't stand a chance, an expert told DW. (26.06.2019)