The Shenzhen-based company has described a "challenging environment" caused by mounting US pressure. Despite a hit to sales, the company's chairman said Huawei remains strong "in the face of adversity." 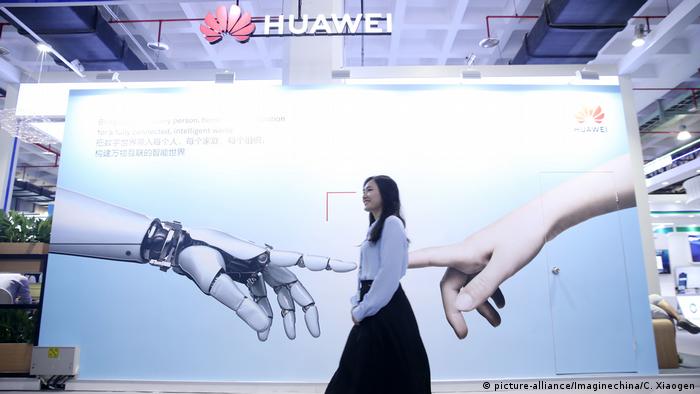 Chinese technology giant Huawei on Tuesday said the company's "survival will be our first priority" for 2020 as US sanctions take a toll on annual sales.

Although the Shenzhen-based company posted an 18% increase in sales in 2019 with $121 billion (€108 billion), that was down from its original forecast of $125 billion.

"These figures are lower than our initial projections, yet business remains solid and we stand strong in the face of adversity," said Huawei Chairman Eric Xu.

Xu noted that Washington had enacted a "strategic and long-term" campaign targeting Huawei, effectively creating a "challenging environment for Huawei to survive and thrive."

"Despite concerted efforts by the US government to keep us down, we've made it out the other side and continue to create value for our customers," Xu said.

The US government has warned countries against using Huawei telecommunications equipment, saying it opens a back door for Chinese intelligence services to conduct espionage operations via critical infrastructure.

In May, US President Donald Trump placed Huawei on a "foreign adversaries" blacklist, effectively denying it access to domestic markets and restricting US companies from engaging in commercial activities with it.

Beijing has described US efforts to isolate Huawei and other Chinese telecommunications as Western "hysteria."

In Germany, Huawei's inclusion in its 5G rollout has sparked a contentious debate about the involvement of companies with ties to authoritarian states. Chinese law requires companies to assist in national security efforts, although Huawei denies it would comply with requests for backdoor access.

Read more: China's 5G future is now, so what next?

As Nigeria trials superfast 5G networking, there's no shortage of hype over how the next generation of wireless technology could leapfrog Africa into the high-speed internet age. Here's what you need to know. (29.11.2019)