President Donald Trump has declared a national emergency over a perceived espionage threat. US firms could be barred from using foreign telecoms that could pose a threat, a move apparently aimed at China's Huawei. 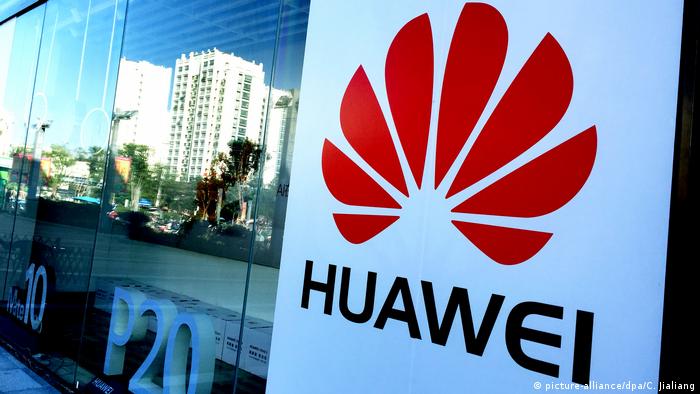 President Donald Trump has signed an executive order to stop US companies from using telecommunications equipment made by "foreign adversaries" deemed to pose a national security risk.

The order appears to address White House concerns that equipment from Chinese suppliers such as Huawei could pose a threat to US internet and telecommunications infrastructure.

The move gives the US Department of Commerce 150 days to draw up new regulations.

In a separate action — soon after Trump signed the order — the Commerce Department added Huawei and its affiliates to its "entity list" of companies considered to pose a risk to either national security or foreign policy interests.

"The president has made it clear that this administration will do what it takes to keep America safe and prosperous, and to protect America from foreign adversaries who are actively and increasingly creating and exploiting vulnerabilities," a statement from the department said on Wednesday.

The Chinese official also said Beijing "does not have information on the US plan" to send a team to China to continue trade talks. He described last week's talks in Washington as "frank and open and productive" but added that "in a very regrettable move, the American side unilaterally continues to escalate the trade friction causing a serious setback."

Huawei has long been deemed a threat in US national security circles, with concerns that back doors installed on handsets and network equipment could allow Beijing to spy on Americans. However, officials have yet to present evidence of Huawei equipment in the US or elsewhere being compromised.

The move was welcomed by Republicans, including Nebraska Senator Ben Sasse. "China's main export is espionage, and the distinction between the Chinese Communist Party and Chinese 'private-sector' businesses like Huawei is imaginary," Sasse told the Reuters news agency.

Early Thursday, Huawei condemned the "unreasonable restrictions" being imposed on it in the US market.

"Restricting Huawei from doing business in the US will not make the US more secure or stronger; instead, this will only serve to limit the US to inferior yet more expensive alternatives, leaving the US lagging behind in 5G deployment, and eventually harming the interests of US companies and consumers," it said in a statement.
Read more: UK Defense Minister Gavin Williamson sacked over Huawei leak

The US and China are currently engaged in a trade war, ramping up tariffs on products sold between the two countries. US justice and security officials say Chinese economic espionage and the theft of trade secrets is rampant.

The Trump administration has lobbied other countries, including its closest allies, not to use Huawei equipment in their next-generation 5G networks.

China is leading the global race for high-performance 5G mobile networks. Any other country hoping to play a role in the digital economy will have to catch up fast, says DW's Frank Sieren. (06.09.2018)