Germany’s 5G spectrum auction began on Tuesday. There's been much talk about Huawei as an equipment provider for the bidders, so it’s worth looking at the Chinese company’s overall German footprint. 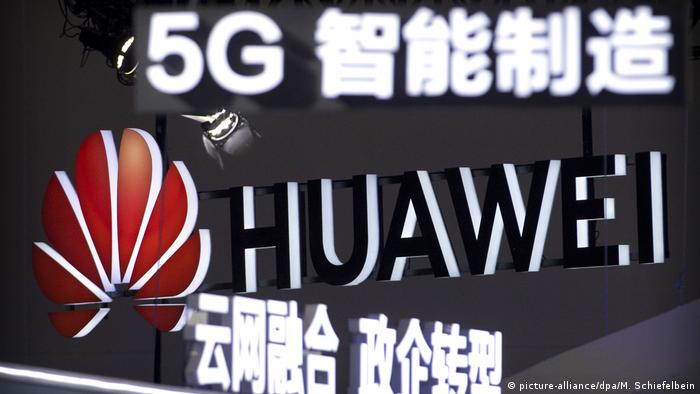 If you stroll into any major German electronics store, you'll quickly realize that the Chinese technology firm Huawei already has a pretty decent foothold in the market of Europe's biggest economy.

Huawei smartphones and notebooks are as visible as those of any other brand. According to the online statistics portal Statcounter, Huawei had a 14 percent share of the German mobile market at the end of February 2019, in third place behind Apple and Samsung. It's a share that's growing fast.

Yet Huawei's future in Germany has been the subject of speculation for months, due to the campaign waged by the US government against the Chinese company over concerns that the Chinese government will use the firm as a "backdoor" for spying and other forms of cyberespionage.

The US government has been lobbying Berlin (and several other governments around the world) not to allow Huawei equipment be used in the development of 5G internet networks, the next iteration of the World Wide Web.

On Tuesday, the long-awaited auction of spectrum licenses to build 5G networks in Germany began in the city of Mainz. Four companies — Deutsche Telekom, Vodafone, Telefonica (O2) and 1&1 Drillisch — are aiming to secure their respective slices of this long-sought-after, new-age internet pie.

Huawei is a world leader in the development of 5G internet infrastructure and equipment, and the likes of Deutsche Telekom, Telefonica and Vodafone already make extensive use of the firm's products.

Although the German government has already said it will not ban Huawei or any other company during the 5G process, its announcement of strict security requirements for the 5G auction has cast doubt over the extent to which network operators will ultimately be able to use Huawei equipment.

It remains to be seen to what extent a network provider's use of Huawei equipment will affect its chances in the auction.

Compared with other Western nations, Germany has been less than amenable to the US pressure. For those wishing to understand Germany's nuanced position with regard to the Chinese technology giant, one map is particularly instructive.

It's a map of the EU, with each country marked not by its own flag, but by the flag of its biggest trading partner. The familiar black, red and yellow German flag covers practically every European nation. The one exception of course is Germany, which is covered by China's five-starred red flag.

Chinese-German trade was worth €180 billion ($204 billion) in 2017, according to the MIT Observatory of Economic Complexity. Almost 50 percent of that figure was in machines and hi-tech equipment. 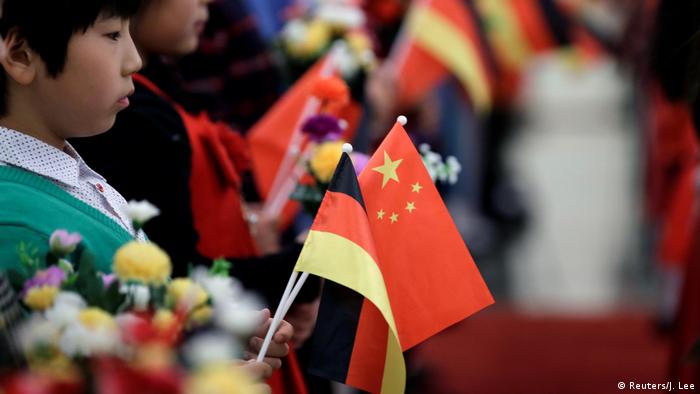 It's a trading and investment relationship that neither Beijing nor Berlin wants to tread clumsily on, especially given that there has already been significant recent turbulence over Chinese investment in German firms, and their possible acquisition of German intellectual property.

Last week, another story revealed the complexity of the German-Huawei relationship. The business daily Handelsblatt reported that Huawei would continue to work on the expansion and digitization of the radio and communications network of the national railway company Deutsche Bahn, which is owned entirely by the German government.

Back in July 2015, Donald Trump was still a long way from the White House and Chinese relations with the West were much rosier. That month, a joint Siemens-Huawei consortium struck a deal with Deutsche Bahn to build new communications infrastructure in Northern Germany, using Huawei equipment.

A Deutsche Bahn spokesman confirmed to DW that this contract remained in place, but he emphasized that Deutsche Bahn was still in a "test phase" and that no Huawei products had yet been installed in its network.

He added that should there be any changes in German law governing the provision of fifth-generation internet technology or regarding security, Deutsche Bahn will "of course take that into account."

"We will continue in our current testing phase to examine very closely the suitability of Huawei products and pay attention to whether other evaluation criteria arise," he said.

Returning to the matter of Tuesday's auction and the question of 5G rollout in Germany: while stricter security regulations may yet curb Huawei's German ambitions, the fact that the German government has not slapped down an outright ban means the situation remains far from certain.

Last November, Huawei opened a new information security lab in the German city of Bonn, where reviews by German regulators of source code of new Huawei products could take place.

The German Federal Office for Information Security (BSI) is also based in Bonn, and the possibility that Germany will allow the use of Huawei technology in its 5G networks remains live, especially if Berlin is satisfied that adequate security checks can take place.

Another important consideration is the situation with the US, the main source of the pressure against Huawei. Trump has repeatedly suggested that a softer approach may be taken with Huawei should the current US-China trade talks reach a happy conclusion. 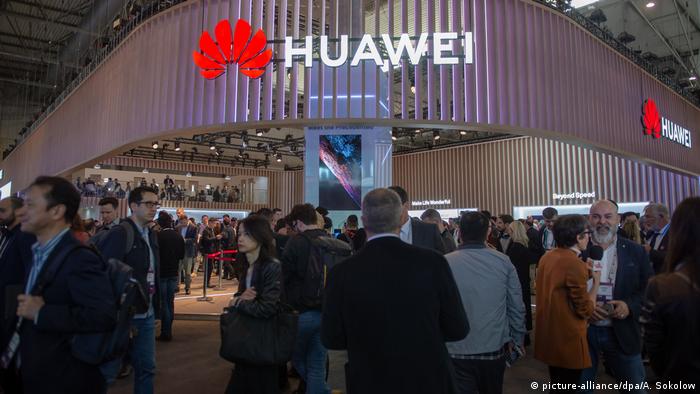 Meanwhile, given that European wireless networks are much more dependent on Huawei technology than in the US, the EU's stance is also crucial in determining how Germany ultimately approaches the issue. So far, the EU has been relatively retrospect.

"We have an open market. Everybody who complies with the rules can access it. We have rules in place which address these issues," an EU spokesperson told DW.

"We have EU procurement rules in place, and we have the investment screening legislation to protect European interests. As regards cybersecurity, the Commission takes this issue very seriously and continues its work to increase cybersecurity in the EU.

"In addition, EU Member States have the right to decide whether to exclude companies from their markets for national security reasons, if they do not comply with the country's standards and legal framework."

Germany has not yet taken that step, and given the complicated background with both China and Huawei, it remains unclear if it ever will.