Germany desperately needs to modernize its internet. Four companies are bidding to implement a so-called 5G network. An auction is to be held in the first quarter of this year. 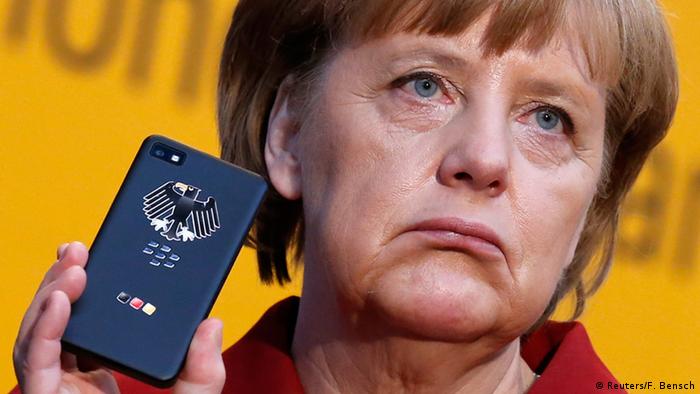 5G is the fifth generation of the internet revolution. Germany expects it to speed up its current standard speed about 100-fold, enabling industrial applications, such as driverless transport and telemedicine. For anyone downloading a standard-length HD movie, the time would be cut from roughly 10 minutes now on a 4G connection, to just a few seconds on 5G.

Germany's federal network regulator, the BNetzA, will auction so-called spectrum (slots) in the 2.0-gigahertz and 3.6-gigahertz bands, which are best suited to data-intensive industrial or urban applications. Also on offer will be frequencies in the 3.7-3.8-gigahertz and 26- gigahertz ranges, which are suitable for local applications, for example companies.

The operators will receive national licences to use certain frequencies for a certain number of years. 5G also creates the possibility of so-called local mobile networks. Those are networks that are not built, controlled, operated by one of the four telecommunication operators but instead by private companies. These local licences cover small areas to enable customized networks for industry.

Why are Huawei and China involved (again)?

Germany has relatively good relations with China and DT with Huawei, and Berlin has sought to keep a distance from the US's aggressive trade stance toward Beijing, but Washington is pushing Beijing to respect laws on intellectual property. According to the BNetzA, security is not included in the conditions for awarding a contract. But things change and Berlin said recently it was considering banning Huawei from providing 5G equipment.

German intelligence agencies were reported to have warned against the use of Huawei technology, saying there could be "backdoors" in the equipment that might enable Chinese authorities to spy on others. The reports said there were no indications of such backdoors right now, but warned they couldn't be ruled out and that the whole system would have to be checked again after each update.

Huawei already provides about 45 percent of Germany's 4G base stations and is a leading supplier to phone companies. But some telecom companies are limiting work with Huawei as the pressure on the company grows.

Who are the bidders?

1&1 Drillisch's CEO Ralph Dommermuth said in January his company would enter the 5G auction and wants to shake up the existing oligopoly in Germany. It was reportedly in talks with China's ZTE and Nokia of Finland as vendor partners. Market watchers have expressed concerns the company would have to give up its current profitable business as a mobile virtual network operator (MVNO) and borrow heavily to secure a license and build network infrastructure. It has prepared €2.8 billion ($3.18 billion) in financing from a European banking consortium, plus own sources to finance its 5G plans.

The German mobile phone market is dominated by four main operators: Telekom (a subsidiary of Deutsche Telekom), Vodafone, Telefónica Germany (branded as O2) and E-Plus (which was bought by Telefónica Germany).

Deutsche Telekom said it was re-evaluating its purchasing strategy, a move that many understood to mean it may drop the Chinese company from its list of suppliers. DT has installed Huawei systems in thousands of its wireless towers and the supplier's technology also forms the backbone of some of its cloud products. Huawei has about one-third of the market for telecoms equipment in Europe, but supplies at least half of the equipment used by DT. Telekom, which said it would invest about €5.5 billion per year to roll out 5G.

However, In its most recent move, Deutsche Telekom on Wednesday proposed a series of measures to ensure that 5G networks are safe. It said all critical infrastructure should be certified before deployment by an independent laboratory under state oversight. It also called for network equipment makers to submit their source code to a trusted third party.

Vodafone Group said last week it was suspending some Huawei equipment purchases for the core of its networks in Europe, which could be provided by other companies such as Ericsson or Cisco.

The company and Nokia in December completed their joint 'Early 5G Innovation Cluster' in Berlin, which will be used to test and measure the performance and coverage of first 5G services in a dense urban area.

All of Germany's three incumbent mobile network operators (MNOs) have filed separate legal actions over the 5G spectrum award conditions.They said they wanted legal clarity over national roaming and network sharing and the obligation to allow service providers to access future 5G networks. Some have seen it as an attempt to undermine Drillisch, add to their own leverage in any future bargaining or both. They all have the advantage that they already have their own nationwide network of radio masts, while Drillisch has yet to set them up.

The minimum bid will be €1.7 million ($2 million) and the maximum €5 million, depending on frequency and availability, with 41 frequency blocks on offer. The total minimum is €104 million, but the actual sum is likely to be much higher. Finance Minister Olaf Scholz said last year he expected the 5G spectrum auctions to raise €4 billion to €5 billion, the business daily Handelsblatt reported. The big three mobile network providers say blanket 5G coverage in the country could cost a combined €60 billion.

The BNetzA will decide in February whether the firms that have expressed an interest so far will be allowed to participate in the auction, to be held in the first quarter of 2019. By the end of 2022, the winners will have to supply at least 98 percent of households per state, all federal highways and railways with at least 100 megabits per second (Mbps).

Beijing has condemned US legislation that would stop businesses from selling American-made chips to Huawei and ZTE. US lawmakers described Huawei as an "intelligence-gathering arm of the Chinese Communist Party." (17.01.2019)