A group of ex-diplomats and academics have signed an open letter to the Chinese president for the release of two Canadians detained on national security grounds. DW spoke to Bill Hayton, one of the letter's signatories. 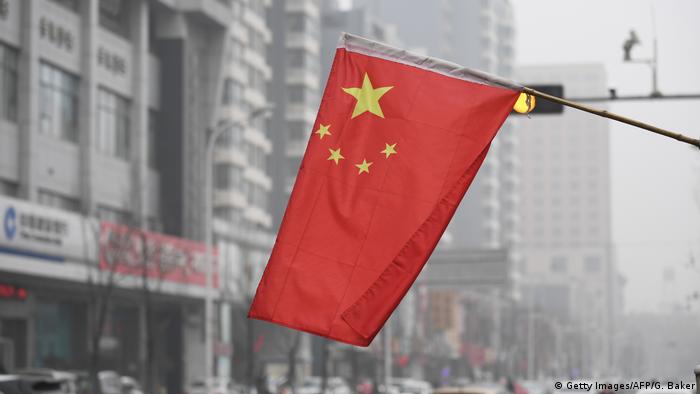 Former diplomat Michael Kovrig and businessman Michael Spavor were on December 10 arrested for activities that "endanger China's national security" — a phrase often used by Beijing when alleging espionage. Their detentions are thought to be in retaliation for Canada's arrest on a US request of Huawei vice president Meng Wanzhou, who is facing fraud charges linked to violations of Iran sanctions.

In an open letter to Chinese President Xi Jinping, released on Monday, a group of more than 100 former diplomats and academics called for the release of the two Canadians. The signatories included former ambassadors to China from Canada, Germany, Mexico, Sweden, the UK and the US. They all are "deeply concerned" by the detentions.

Kovrig is a former diplomat who works with the think tank International Crisis Group in Hong Kong, and Spavor is based in northeast China and facilitates trips to North Korea. The letter comes amid heightened diplomatic tensions between China and Canada.

On Monday, Canada's Ambassador to the US David MacNaughton said Washington will be formally requesting Meng's extradition, the Globe and Mail reported. Canada's Prime Minister Justin Trudeau welcomed the letter, pointing out that Canada stands for the rule of law. In a DW interview, Bill Hayton, one of the signatories of the letter and a research fellow at the British think tank Chatham House, explains the reasons behind his decision to sign the letter.

Bill Hayton: I know Michael Kovrig, I think he's a great analyst. I met him a few times so I suppose you could call him a friend of mine. And I think it's just outrageous what the Chinese authorities have done. It has clearly nothing to do with law. It's all about hostage taking. And I just think it's outrageous that somebody who works for a think tank can be taken hostage in this way. It puts every single one of us at risk. 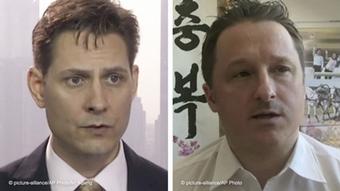 Kovrig (l) is a former diplomat who works with the think tank International Crisis Group in Hong Kong, and Spavor (r) is based in northeast China and facilitates trips to North Korea

What makes you so sure that the arrest of Kovrig and Spavor is connected to the ongoing diplomatic row between China and Canada?

The timing is just obvious. There was never any problem for these people before. And then as soon as Meng Wanzhou got detained in Canada, the Chinese authorities suddenly started arresting Canadians. You can also see this in a Chinese court's decision last week to sentence a Canadian man to death for drug trafficking following a retrial. These moves just seem to be an utterly blatant attempt to put pressure on the Canadian government.

As a result, you have now two people who are paying the price and locked up in solitary confinement as well as in what we assume are pretty terrible conditions in Chinese jails.

What do the arrests say about China's diplomatic approach on the international stage?

Frankly speaking, China has to be put in the category of a rogue state. The state should treat people fairly and guarantee the rule of law. The idea that you just sort of kidnap a couple of people and use them as bargaining chips is quite outrageous.

And anybody who travels to China now could potentially be at risk there. If the UK and China were to have some kind of disagreement when I happened to be China, being a British national, I could end up facing arrest. I might potentially be arrested on charges of spying for having meetings with some academics. So I could very easily find myself in the same situation as these two Canadians.

I think everybody who signed the letter believes that more pressure must be exerted on China to change its behavior. In my case, if I now get an invitation to take part in a conference in China, I might think twice about accepting it as I would be worried something like this could also happen to me.

The Chinese authorities' actions are jeopardizing academic research, think tank work and track two diplomacy, as charges can be brought against anyone and everyone is regarded with suspicion.

Considering that China is an emerging global super power that's likely to dominate the geopolitical landscape in the 21st century, what will Beijing's behavior likely mean for the rest of the world?

Dialogue is absolutely critical right now, because we have a new situation in the world. We know China is a rising power. It's definitely trying to change the regional order around it. And we have seen responses to that from the US as well as other powers. And there's plenty of scope for miscalculation or dangerous incidents, be it in the South China Sea or on the Korean Peninsula, among other places.

So there's plenty of room for misunderstanding right now and the consequences could be really dramatic. It just seems that these sort of channels for communication are being cut down.

I don't think we have a Cold War situation at the moment because there are still these channels between the two sides on lots of levels. But if people engaged in think tank and academic work feel that they cannot communicate with their counterparts in China, it will more likely lead to some kind of a Cold War situation.

Bill Hayton is an Asia expert at the British think tank Chatham House. In 2014 he published the well-received book "The South China Sea."

China is holding a former diplomat and a businessman after Canada arrested a prominent Chinese executive. The European Union, the US and Canada are demanding the release of the pair. (22.12.2018)

A Canadian drug-trafficking suspect has seen his 15-year jail term turned into a death sentence by a Chinese court. Prime Minister Justin Trudeau said he was extremely concerned, and Canada updated its travel advisory. (14.01.2019)

China sneezes, but will Germany catch a cold?

"The German economy rises and falls with China." Bankers are generally not known for their hyperbole, but the words of Jörg Krämer of Commerzbank, speak to a truth that appears increasingly evident. (22.01.2019)