Beijing has condemned US legislation that would stop businesses from selling American-made chips to Huawei and ZTE. US lawmakers described Huawei as an "intelligence-gathering arm of the Chinese Communist Party." 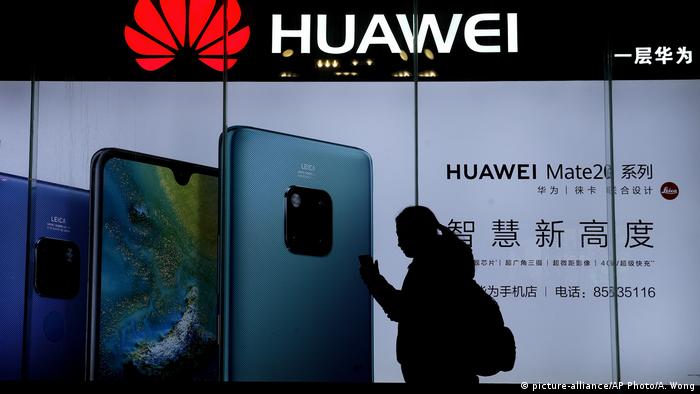 The Chinese Foreign Ministry on Thursday described US legislation targeting technology giant Huawei and other Chinese telecommunications companies as "hysteria."

From the US to Poland, the embattled Chinese company and some of its employees have been targeted by authorities as Western countries seek to limit its scope of operations domestically due to security fears and allegations of intellectual property theft.

Huawei targeted around the world:

Conservative US Senator Tom Cotton, who introduced the draft bill, said: "If Chinese telecom companies like Huawei violate our sanctions or export control laws, they should receive nothing less than the death penalty — which this denial order would provide."

In a rare interview, Huawei founder Ren Zhengfei rejected allegations of close ties to the Chinese government, saying: "I love my country, I support the Communist Party. But I will not do anything to harm the world. I don't see a close connection between my personal political beliefs and the businesses of Huawei."

The Federation of German Industries (BDI) said on Thursday that Huawei, along with any other competitor, should not be barred from developing Germany's 5G network unless an investigation proves evidence of illegal activities.

For years now, US authorities have accused Huawei of being an information conduit for Chinese intelligence agencies. Washington has repeatedly warned allies that Chinese agencies could gain access to "back doors," which would provide easy access for cyber espionage operations.

Other countries have already decided to block the Chinese technology giant from rolling out 5G networks, including Australia and New Zealand. Huawei has consistently rejected the allegations. However, last week, a Huawei executive and a former Polish domestic intelligence employee working in cybersecurity were arrested on espionage charges, triggering fresh security fears.