New 5G networks for mobile data transmission are mushrooming all over the world. Yet the question of whether Western governments should exclude China's Huawei from operations remains largely unanswered. 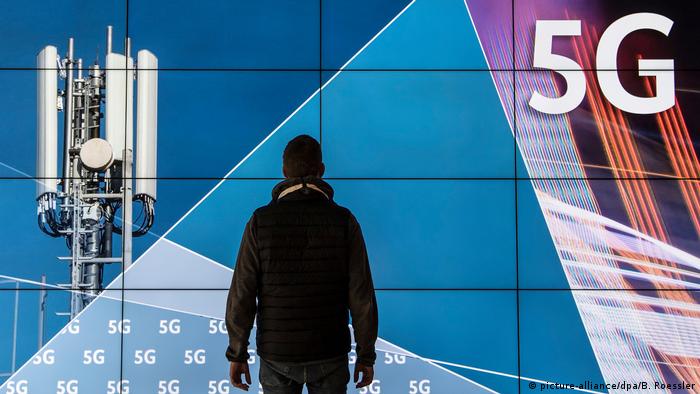 On the surface, everything seems pretty straightforward. The German government doesn't feel like bowing to US pressure and hence doesn't want to categorically rule out any Huawei involvement in the setting up of a domestic 5G network.

"We do not issue any guidelines for specific suppliers," German Chancellor Angela Merkel said recently, meaning that Huawei would have to adhere to the same security standards as everyone else. On November 11, Head of the Chancellery Helge Braun added that " the German government has submitted a bill that tightens security requirements even further."

"I assume there may now be some potential suppliers that won't make the grade," he told public broadcaster ZDF. Braun noted that those interested must meet the security requirements and show how they can guarantee their implementation. The minister argues that there was no way of telling upfront whether Huawei would be able to do this or not.

But there's no shortage of outright criticism either. Franziska Brantner and Konstantin von Notz, two MPs for the environmental Greens, told the Handelsblatt daily that it was simply negligent to even think about the participation of companies from "authoritarian states" when setting up sensitive digital infrastructure. Other lawmakers and some ministers had also advised that Huawei be excluded from the project.

The Federal Intelligence Service (BND) had likewise voiced its concern. It said that infrastructure "was not an area where one should take on board a company you can't fully trust."

Meanwhile, Huawei is hoping the German government won't change tack over all those concerns. The Chinese firm said it welcomed Berlin's decision to stick to fair competition rules in the bidding process, acknowledging that "unified standards and checks are the right way to ensure fairness."

It added that politicizing cybersecurity would hamper technological advances. Huawei, which has a global workforce of roughly 180,000 and an annual turnover of just under €100 billion ($110.7 billion), is also the world's third-largest smartphone maker, trailing only South Korea's Samsung Electronics and Apple in the US. When it comes to network equipment products, Huawei's strongest rivals are located in Europe — Finland's Nokia and Sweden's Ericsson. Both companies employ some 100,000 people combined and have a joint turnover of €20 billion per year. Together with Huawei, Nokia and Ericsson carve up the global 5G network market, with ZTE from China and Samsung rather small competitors in the field by comparison.

It's obvious that if Huawei gets excluded by some for political reasons, the other two heavyweights are bound to profit in no small way. Nokia and Ericsson appeared tight-lipped when DW asked them about any potentrial windfall.

"Each nation has to set its own priorities," said Thomas Noren, head of 5G Commercialization at Ericsson. "We don't voice any opinion on the decision of the German government," he said, arguing that fair competition was crucial for all market players.

The reason for being so reticent is obvious. The Huawei issue is not a technical one in many countries, but a political one; and companies with a global presence would be ill-advised to take sides. After all, they want to see brisk business in many countries. Nokia and Ericsson for instance are not only active in the US but also in China.

Scientists have not been seen to take a clear stance on the matter either. DW contacted a couple of German communications technology institutes, but none of them was willing to say in public what the difference between the major players was and how reliable their claims were not to use any back doors in their software that could be used for spying purposes.

Nokia wasn't any more talkative either, indicating it would not elaborate on its rivals, but focus on its own capabilities instead. The Finnish company asserted it could certainly build a 5G network of the size that Germany needed, adding that it was already doing so in South Korea and the US. 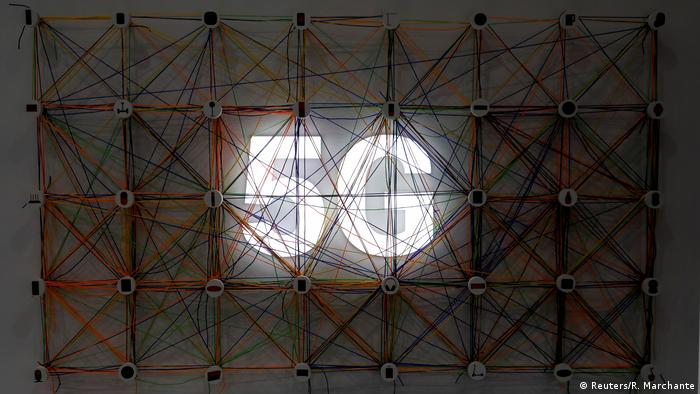 Together with Ericsson, Nokia had been involved in setting up the world's first commercial 5G network that was launched in South Korea in April of this year and according to the operator, KT, already has more than a million users.

In addition, Ericsson is currently building a 5G network in Switzerland for domestic operator Swisscom. Noren said Swisscom wanted to cover 90% of the population in the country in the course of the year, and they're doing so by using Ericsson's technology and redesigning the already existing 4G network.

Ericsson says it's involved in a total of 23 5G networks that are already in operation worldwide — the corresponding figure for Nokia is 15.

No such figure was available from Huawei, though. A spokesman told DW the company had signed over 60 contracts for 5G networks. The Chinese are excluded from operations in Australia, New Zealand and Japan.

In Germany, 5G network expansion has been relatively slow. According to a media report in the Die Welt daily, Vodafone currently operates 140 antennae in 5G mode while its rival Telekom has 150 — both intend to double their respective numbers in the next few months.

The operators are also partly using Huawei technology, and there are no indications yet that the company or the government in Beijing could use it for spying. Germany's Federal Office for Information Security (BSI) hasn't got any proof of that either.

Nonetheless, it can't be ruled out that the German government might change its current course. German Defense Minister Annegret Kramp-Karrenbauer believes it's still possible that Huawei will be shown the door. If this happens, Huawei technology that's already in use in the country would have to be removed again, causing additional costs.