The US president has said that he'd "like to see Hong Kong worked out in a very humanitarian fashion." Trump warned that a Tiananmen Square-style crackdown would damage talks on a US-China trade deal.

US President Donald Trump has warned that a potential violent crackdown on Hong Kong protesters could damage prospects of a US trade deal with China.

After Hong Kong entered its 11th week of protests on Sunday, Trump called for President Xi Jinping to "sit down" with rally leaders.

"I'd like to see Hong Kong worked out in a very humanitarian fashion…It would be very good for the trade deal," Trump said.

The president's comments came amidst efforts in Washington and Beijing to revive high-level dialogue aimed at ending the US-China trade war.

"I think it would be much harder for me to sign a deal if he (Xi) did something violent in Hong Kong," Trump said, and indicated that settling a deal after a violent crackdown would not sit well among the US public.

Trump also warned China that carrying out a 'Tiananmen Square' style crackdown on Hong Kong pro-democracy supporters would harm the trade deal. "I think there'd be... tremendous political sentiment not to do something," Trump said.

However, the US president insisted that "if President Xi sat down with representatives of the protesters ...he'd work something out." He referred to Xi as a "very talented man" who could come to an agreement quickly.

Trump added that conversely the violence could "pressure" the chances of reaching a trade deal with China.

Phone calls are scheduled for the next 10 days between the deputies of China and the US.

Trump's chief economic adviser, Larry Kudlow, said on Sunday that if the phone calls are successful, the next step would be to plan to resume negotiations between more senior officials. 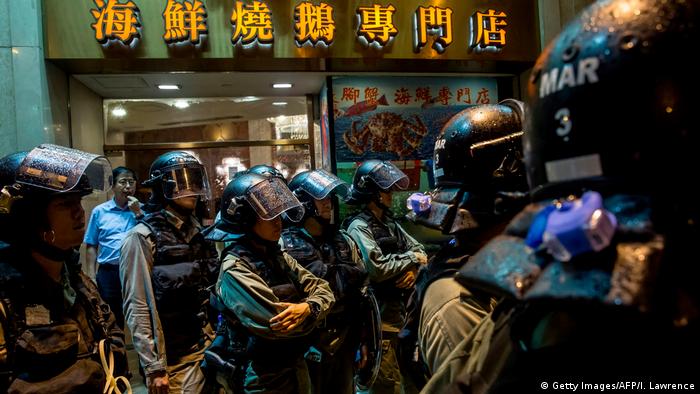 Trump warned China that carrying out a 'Tiananmen Square' style crackdown in Hong Kong would harm the trade deal.

The US president has previously voiced concern for China's military amassing close to the Hong Kong border.

He has not specifically expressed being in favor of the protests but has expressed amazement over the number of protesters and has emphasized that he supports "liberty" and "democracy."

Protesters in Hong Kong feel that such freedoms are being taken away since Xi came to power.

Initially protesting against plans to allow extradition to mainland China, demonstrators are now demanding the resignation of the city's leader, Carrie Lam.

Protesters also want full democratic elections and an independent investigation into what they claim is police brutality against the protesters.

Read more: Orange, green or black: The colors of revolutions 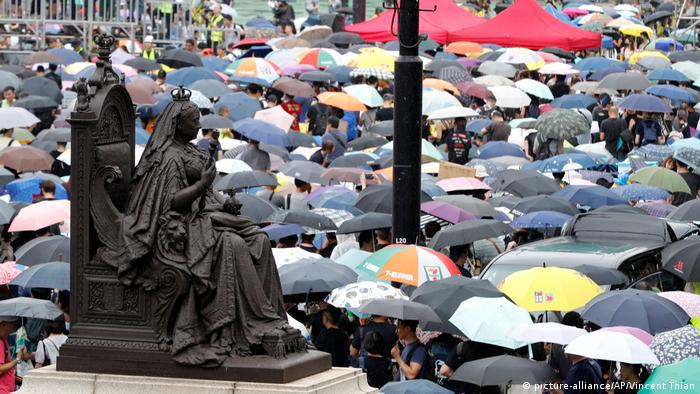 Millions of protesters gathered in peace at Victoria Park in Kong Kong on Sunday despite heavy rain.

Yesterday Hong Kong witnessed around 1.7 million protesters attend its peace rally in the city's center. The city is in the process of gearing up for further protests this week, including another strike in districts across Hong Kong.

In 1989, student protesters gathered in Tiananmen Square to call for a more democratic government.

After several weeks of protests, Chinese troops entered the square on June 4 and fired on civilians. Estimates of the death toll range from several hundred to thousands. About 10,000 people were arrested during the demonstrations and several dozen were executed.

Last week, The Global Times, China's state-run newspaper, said there "won't be a repeat" of Tiananmen Square in the case of Hong Kong

"China is much stronger and more mature, and its ability to manage complex situations has been greatly enhanced," The Global Times said.