China doesn't need the former Crown colony quite as much as it did back in 1997 when it switched from British rule. But the Special Administrative Region remains a valuable conduit for Beijing. 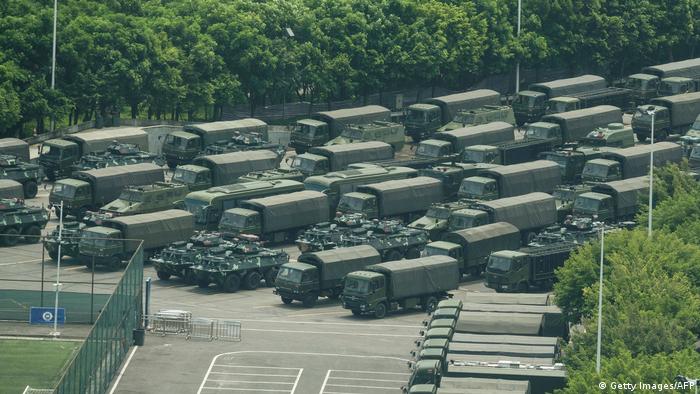 In the past four decades, China has emerged as the world's second-biggest economy and an integral part of the global financial system. That rise was facilitated by Hong Kong. With economic reform still lagging on the mainland, having ready access to Hong Kong's freewheeling brand of capitalism is vital for China.

Ching Kwan Lee, a professor of sociology at UCLA and a visiting professor at the Hong Kong University of Science and Technology, believes China is unlikely to send in the troops.

China’s interests are best served by the 'one country, two systems' agreement struck with Britain in 1997, which guarantees its legislative and legal systems as well as its own currency and capitalist economy until 2047.

A look at the data shows just how devastating it would be for China, both economically and geopolitically, if it sent in military forces or activated the garrison of Chinese troops in Hong Kong itself.

The US-China trade spat and the blacklisting of telecoms giant Huawei have put Beijing in a bind. Chinese companies have been ordered to become less dependent on foreign money and technology, which means more of a focus on Hong Kong.

Half of all companies on the Hong Kong stock exchange are mainland companies, including 50 of the largest state-owned enterprises
Every year for 25 years, the Heritage Foundation has named Hong Kong as the world's freest economy. By comparison, China ranks a lowly 100th.

Foreign companies need Hong Kong too. The territory is a base for over 1,500 multinational companies who use it as an easy way into the China market — 60% of foreign investment comes through Hong Kong.

The Communist Party has been building up alternatives, especially in the financial capital Shanghai and the innovation hub Shenzhen but they are not ready to act as a replacement for Hong Kong. Scott Kennedy at the Center for Strategic & International Studies believes the economic importance means a peaceful solution is in the Chinese leadership’s best interests.

"The economic costs would be huge for Hong Kong, the rest of southern China and perhaps the entire country," Kennedy writes.
In another sign that a peaceful solution could be in the offing, Hong Kong’s richest man, Li Ka-shing, issued front-page ads in several major local newspapers expressing sentiments favouring a peaceful solution and opposing violence.

As is Li’s style, the ads were deliberately ambiguous, quoting Tang Dynasty poetry to get across a message rich in significance.  In one ad, a stop sign was placed across the word "violence" with the caption "The best intentions can bring the worst results … cease the anger with love." 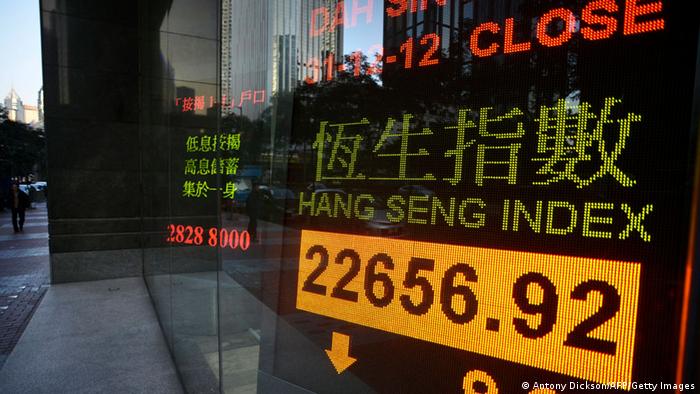 Around half of all companies on the Hong Kong stock exchange are mainland companies, including 50 of the largest state-owned enterprises

Predictions can be dangerous

In the absence of any real information out of the Zhongnanhai government compound in Beijing, making predictions about how Xi will act is a dangerous business.

Dan Harris, who edits the China Law Blog, believes the "one country-two systems" model is already dead. He writes that companies will go elsewhere for their Asian headquarters and hire in other centres. Multinationals will move personnel out of Hong Kong and there will be fewer legal contracts drawn up there.

Professor Steve Tsang, head of the China Institute at SOAS University of London believes the political could well prove a more important factor than the economic in a case of this sensitivity.

The author of 'A Modern History of Hong Kong' thinks Beijing most likely underestimates the likely economic consequences of sending forces into Hong Kong.

"Beijing calculates that its economic clout, 'cravenness' of multi-nationals, and the inability of the Trump Administration to lead the rest of the world means the economic consequences would be manageable," said Tsang.

"Hence, I think we are now in dangerous territory, and protesters in Hong Kong should declare a victory and go home and prepare to fight another day," said Tsang.

Donald Trump has suggested China resolve ongoing tension with Hong Kong before hashing out a trade deal with the US. The remarks follow his decision earlier this week to postpone imposing further tariffs on Beijing. (15.08.2019)