Protesters in Hong Kong seem undeterred by China's thinly veiled threat of sending in the armed forces. But Beijing would pay a steep price if it were to send in troops, says DW's Mathias Bölinger. 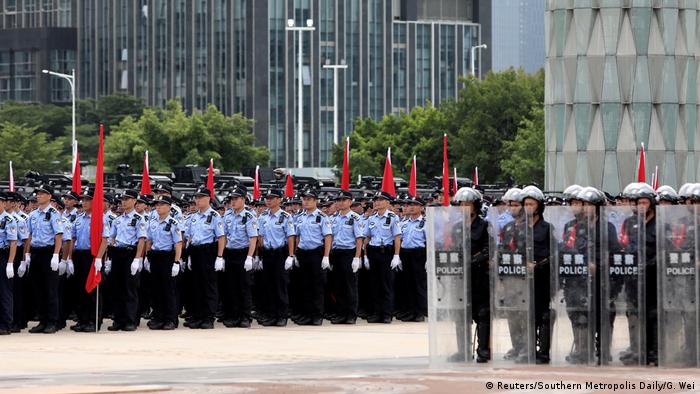 Earlier this week, footage surfaced on Chinese internet showing columns of armored vehicles heading south and converging on the city of Shenzhen. The videos seem to suggest that the Chinese People's Armed Police Force, a heavily armed paramilitary unit, is gathering on the Hong Kong border. It is Beijing's latest effort to project its power vis-a-vis the former British colony. The message is clear: We are ready to quell the Hong Kong protests with force.

A dictatorship is built on the principle of fear. The rulers are scared of the people and in turn see to it that the people are scared of them. China has perfected this system of deterrence. The government has countless ways of reminding citizens that it is able and willing to use force: a phone call from China's domestic intelligence agency to an individual's employer, a ban on leaving the country, or even arbitrary arrest and torture.

Yet China's rulers are currently witnessing that their usual threats are not having any effect on the predominantly young Hong Kong protesters, who have been taking to the streets for 10 weeks now. Neither police brutality nor mass arrests have deterred them. Not even the threat of 10 years in prison for those convicted of "rioting" has had any impact. And China's increasingly thinly veiled threat of sending in the army isn't scaring them off.

China's rulers must be rather perplexed at this stage. After all, these are not empty threats. Thirty years ago, the Communist leadership brutally suppressed the Tiananmen Square protests, making clear it has no scruples against shooting its own citizens if its feels its grip on power is in jeopardy.

Hong Kong's protesters know this full well. When asked if they think their rallies will be successful, many answer with a blunt "no." In recent years, China's leadership has tried more directly to expand its influence on the city. Opposition politicians have been barred from Hong Kong's governing body, the Legislative Council, those who fail to show enough respect for the state flag could face prison sentences, while the leaders of the 2014 pro-democracy movement have vanished behind bars. 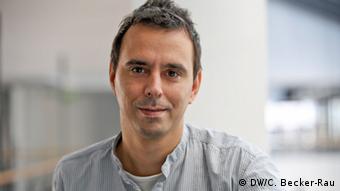 Many of today's Hong Kong protesters are not driven by the hope of halting or undoing China's growing influence. Instead, they feel this may be the last time they can ever freely express their opinion. So while Hong Kong's Chief Executive Carrie Lam recently warned that protesters could push the city into the "abyss," many locals feel that Hong Kong is already in free fall. The people of Hong Kong, in short, feel they have nothing to lose — which is why China's threats are having so little effect.

'The West will forget'

In reality, however, Hong Kong does have much to lose. An invasion by Chinese troops would mean the city would cease to be an international financial hub, and the freedom its people have so far enjoyed would be permanently scrapped.

But Beijing would suffer from such an intervention, too. Hong Kong is the global financial gateway for Chinese companies, and images of carnage on Hong Kong streets would ruin China's image and reputation for years. Moreover, possible economic sanctions in reaction to an invasion would further exacerbate the country's economic woes and weaken its position in its trade dispute with the US.

Deng Xiaoping, China's leader during the Tiananmen Square protests, reportedly dismissed concerns about how the global community would react to the 1989 massacre by saying, "The West will forget." This time, once again, nobody will be able to stop China's leadership from brutally suppressing a protest movement. But Western democracies should make it clear that China would pay a huge price for such an intervention.

Chaotic scenes were reported outside Hong Kong's airport after police used pepper spray on protesters who blocked a police van. Flights at the airport have been cancelled due to ongoing pro-democracy protests. (13.08.2019)