Hong Kong protesters: 'We will stand together and never give up'

Millions of Hong Kongers took to the streets in recent days to protest a contentious extradition bill. The leaderless movement has revived civil society, while resisting intervention from Beijing. William Yang reports. 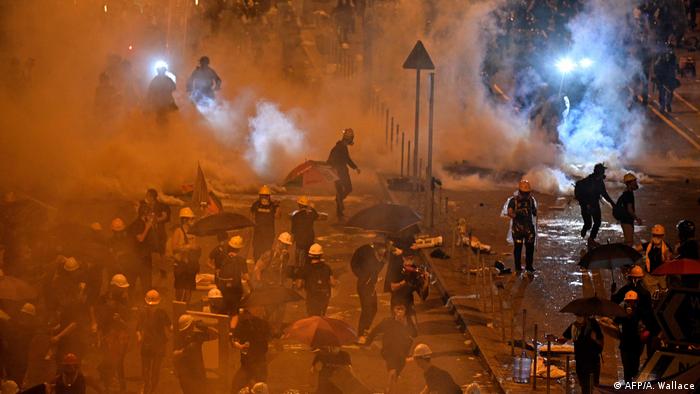 On an extremely hot Monday in Hong Kong, Lee and her two friends were blowing up black and white balloons as thousands of people, mostly wearing black shirts, arrived at the Victoria Park. Lee handed out balloons to protesters as her friends tried to blow up more for others lining up to join the summer march on July 1 — an event that has been a part of the city's tradition for more than two decades.

Lee and her friends were part of a large volunteer network mobilized through one of Hong Kong's most popular online social forums, LIHKG. She and her friends saw a post inviting people to join a behavioral art movement alongside the July 1 demonstration and decided to participate.

"It has become a trend for young people in Hong Kong to voluntarily take part in self-initiated projects like this during major protests," Lee told DW. "For those of us who may not necessarily want to be at the frontline, it is a way to show our solidarity with the rest of the protesters."

The emergence of this kind of leaderless, self-organizing movements is a new trend in Hong Kong. Experts think that this change of strategy has helped make the anti-extradition bill movement more effective.

Antony Dapiran, a Hong Kong-based writer and author of City of Protest: A Recent History of Dissent in Hong Kong, thinks this new form of protest has improved people's ability to organize and deploy their resources.

"I think the movement has helped protesters react better to police tactics, as they constantly learn and adapt their strategies during protests," Dapiran told DW. "For example, instead of simply blocking roads as they did during the Umbrella Movement in 2014, they may sometimes disrupt an area and move on."

Despite protesters repeatedly coming out on to the streets in record numbers, Hong Kong's Chief Executive Carrie Lam hasn't agreed to a complete withdrawal of the extradition bill or to step down from her position.

Dapiran thinks the current situation is the result of the government's failure to recognize the degree of dissatisfaction among Hong Kong's people.

"At first, the Hong Kong government thought once they pass it [the bill], everyone will look away, but obviously that didn't work out," Dapiran told DW. "They seem to have no ability to react, and they just seem paralyzed by their own decisions." 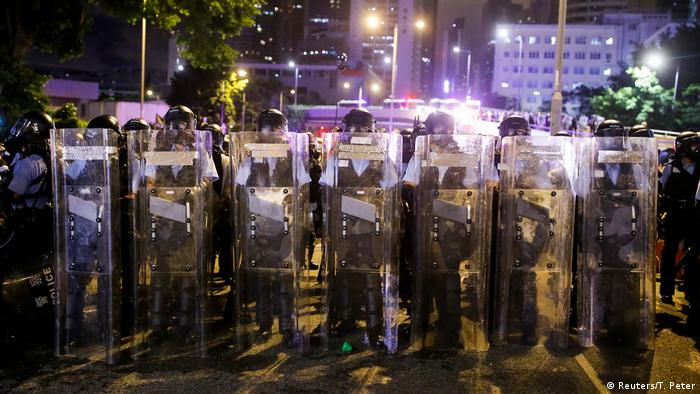 Lee believes that the growing suspicion of the government is one of the reasons why so many people are willing to join the protests. "I think most protesters have very concrete ideas about what the movement is trying to achieve, and their decision to come out on to the streets reflects our collective persistence to demand the withdrawal of the controversial bill."

For many, the anti-extradition bill movement has helped reenergize Hong Kong's civil society.

"It is clear that the anti-extradition bill protest has united Hong Kong's civil society in the past month, something we haven't been able to really witness in the last few years," said Tam Tak-chi, the vice chairman of the pro-democracy party, People Power.

Author Dapiran also thinks the anti-extradition bill movement is a catalyst for more civil society engagement in Hong Kong, as it helps the younger generation experience the power of popular protests. "The younger generation has demonstrated that it cares about these issues and wants to engage with them," he said, adding, "I can't see anything but a more invigorated civil society."

But even though the anti-extradition bill movement is yet to witness any "protest fatigue," Dapiran believes it's inevitable that the level of public engagement will die down at some point.

"So far, protesters have been careful about not disrupting the lives of ordinary citizens too much," he said, noting that if protests dragged on and caused too much havoc, people could get frustrated.

For now, people in the city seemed to be determined to continue demonstrating until the chief executive responds to all of their demands properly. Lee said she and her friends would never give up on the issue of the extradition bill. "We hope everyone can stand together and face all the challenges."