Hong Kong protests pit the city's young against the old

Mass protests by Hong Kongers over the past couple of weeks have underlined the yawning gap between the city's old and young. Political differences have caused tensions in many Hong Kong families. Chermaine Lee reports. 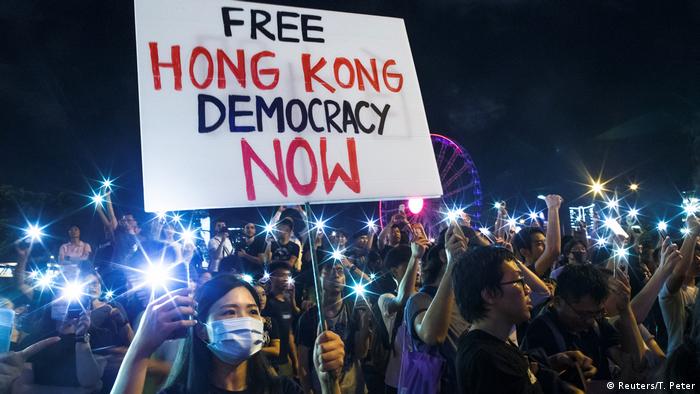 Sarah feels like she couldn't communicate with her single mother, especially in the moments when the 26-year old is concerned about Hong Kong's future.

During the three huge protests in June against a controversial extradition bill, which would allow extradition of criminal suspects to mainland China, Sarah was once again faced with a dilemma.

"My mother asked me not to go [to the protests] because everyone should only mind their own business. Pursuing money and stability matters to her more than our fight for freedom and democracy," Sarah told DW.

Sarah is one of the many young people in Hong Kong whose political stances are causing tensions within families. According to a survey from the University of Hong Kong in 2016, the younger generation aged between 18 to 39 tend to vote for pro-democracy parties, while the group aged over 40 is more prone to support pro-Beijing outfits.

Hong Kong witnessed its largest protest in history this month, with organizers gathering close to 2 million people on the streets, calling for the government to withdraw the contentious legislation.

The extradition proposal was widely seen as a move that would erode Hong Kong's autonomy and judicial independence. The territory's Chief Executive Carrie Lam initially said the legislation was needed to close a legal loophole that prevented the extradition of a murder suspect to Taiwan. 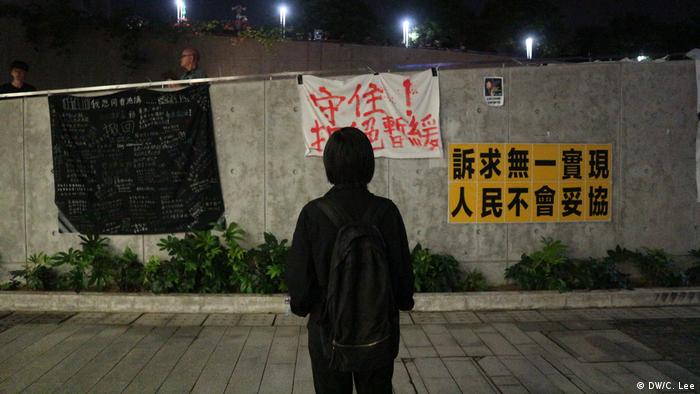 After it became clear that the opposition to the bill was widespread, Lam's government suspended debate on the extradition legislation indefinitely. It appears unlikely that the bill will pass during her term, but protesters are demanding it be officially withdrawn.

Backlash from the old

The political rift between the old and young in Hong Kong was also evident during the city's "Umbrella Movement" pro-democracy protests in 2014. At the time, student-led demonstrators occupied parts of Hong Kong demanding a say in the election of the territory's leader — a demand that ultimately failed.

The protesters then faced a backlash from the pro-Beijing camp as well as those who condemned the students for causing chaos in society.

"We have a very different mindset. Even when I was in high school, my mother asked me not to join political events. But the younger generation is willing to spend time and effort in pushing for political changes. If not, things will be hopeless," said Sarah.

The two generations' different attitudes can be attributed to their own experiences with social movements and the perception of China, said Gary Wong, a lecturer in the sociology department at the University of Hong Kong.

"Some of the parents are migrants from mainland China. Their experience with China, where political openness is limited, told them to avoid any participation in social movements and confrontation with the government," Wong told DW.

The younger ones, however, have a much stronger sense of belonging to Hong Kong, Wong said, adding that they also suffer more from economic stagnation, limited social mobility, poor governance and bad perception of China. The young people are thus more motivated to be engaged in political movements than their parents, Wong underlined.

27-year-old Gina is also not optimistic about Hong Kong's future. "The city will sadly be under Beijing's control again."

An avid protester at the recent "No Extradition to China" rally, Gina said she had seldom paid attention to Hong Kong politics until the bill made her realize how it would harm the city's legal system and compromise its civil liberties.

"I saw with my own eyes how the police used excessive force on protesters, and even categorized the assembly as a 'riot.' The government ignored citizens' demands for withdrawing the bill," Gina told DW.

Gina's mother, who grew up in mainland China before moving to Hong Kong, shared a completely different view. She reckoned that the police had every reason to shoot teargas to disperse protesters and maintain law and order. "I think people in her age group tend to have this mindset," Gina noted.

Some old people also believe the rumors that the protest organizers were handing over money to the demonstrators, and that the young were taking to the streets to make money, Gina said.

Is there any possibility for the gap between the two generations to diminish? Professor Wong appears skeptical.

"The problem of Hong Kong is the lack of a true democratic system… the chief executive is not elected by the general public, but by a small group of electors in Beijing, so the government is not accountable to the general public of the city. Without universal suffrage, it is hard to see any possible solution to resolve the differences," he said.

Meanwhile, Gina's 57-year-old mother said that she changed her stance, in support of the protesters, after she understood how the proposed extradition legislation might prove harmful.

The names of the people quoted in the article have been changed to protect their identities.

China has insisted that protests in Hong Kong will not be on the G20 agenda in Japan this weekend. US President Donald Trump intends to bring up the issue when he meets with his Chinese counterpart Xi Jinping. (24.06.2019)