Donald Trump has suggested China resolve ongoing tension with Hong Kong before hashing out a trade deal with the US. The remarks follow his decision earlier this week to postpone imposing further tariffs on Beijing. 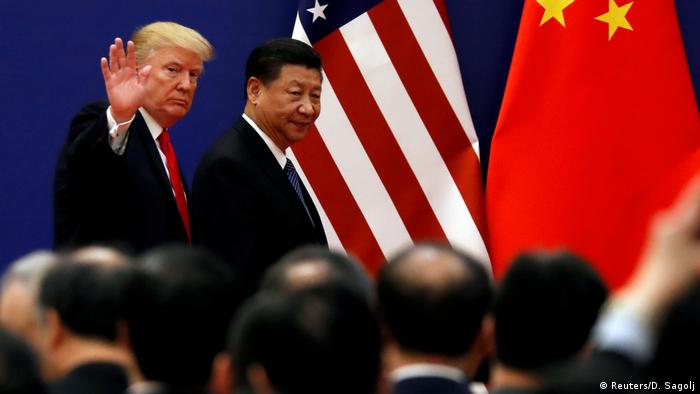 US President Donald Trump said on Wednesday that his Chinese counterpart could "quickly and humanely solve the Hong Kong problem" before engaging in trade talks with Washington. Writing on Twitter, he also praised Xi Jinping as a "great leader" in a "tough business" and suggested setting up a "personal meeting."

Trump's tweets come a day after he announced he was postponing tariffs on Chinese imports planned for next month. The uncertainty over US-China trade relations, coupled with the protests in Hong Kong, has shaken investor confidence in global financial markets.

The US State Department earlier on Wednesday expressed concern about the armed unrest unfolding in Hong Kong, and urged China to respect the island's autonomy.

Recently released satellite images showed what appeared to be armored personnel carriers and other vehicles belonging to the Chinese People's Armed Police Force, a heavily armed paramilitary unit, parked in the southern city of Shenzhen.

Hong Kong has seen weeks of mass demonstrations, with many residents protesting against what they view as a Beijing-driven erosion of rights promised to them in 1997, when the island was transferred from British to Chinese control.

Recent protests at the Hong Kong airport led to clashes with the police and forced the cancellation of nearly 1,000 flights. Flights have since resumed, with authorities saying there would be heightened security. 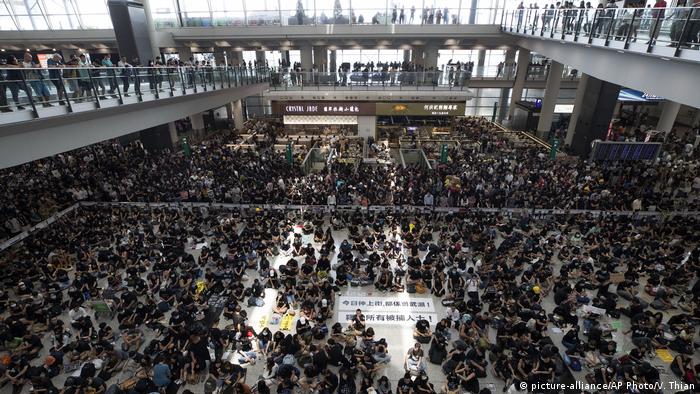 Hong Kong has seen weeks of mass protests, including demonstrations at the city's airport

A tougher line with China?

Trump has faced mounting criticism for not taking a firmer stance with China over the unrest in Hong Kong. Senior lawmakers have expressed concern over a potential Chinese intervention, with Republican Senate Majority Leader Mitch McConnell saying any violent crackdown on protesters would be "completely unacceptable."

National Security Adviser John Bolton, meanwhile, told Voice of America Wednesday "the mood in Congress is very volatile" with regard to Hong Kong. "A misstep by the Chinese government, I think, would cause an explosion on Capitol Hill," he said.

Trump had previously said little about the protests, except to express his belief that Hong Kong and China need to "deal with that themselves" and urge both sides to exercise caution.