Orange, green or black: The colors of revolutions

From black clothes worn by Hong Kong demonstrators to orange banners at rallies in Ukraine or green scarves accompanying protests in Iran, here's how colors are adopted to represent the hopes of a movement.

Many revolutionary upheavals around the globe have begun as protest movements on the streets. Often, they are associated with a particular color, such as orange during the demonstrations in Ukraine in 2004, or the green in Iran's mass protests in 2009. The images of thousands carrying these colors are still anchored in global cultural memory as symbols of strong protest movements.

In Hong Kong the growing protest movement has chosen specific colors to mark its politics. The demonstrators, who temporarily paralyzed the airport and entire swathes of the metropolis with massive protests, are wearing black, the color of grief. It was chosen to symbolize their sadness over the developments in Hong Kong. 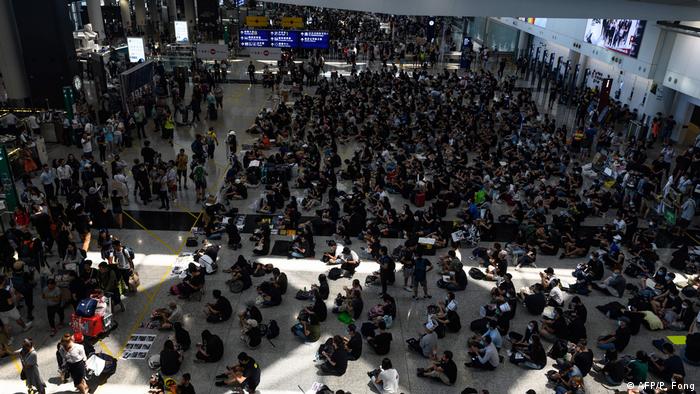 Hundreds of pro-democracy protesters at Hong Kong's airport on August 13, most of them wearing black

Counter-demonstrators, however, are dressed in white. They march in support of the current head of government, Carrie Lam, who is loyal to China.

As early as 2014, members of the first protest movement who marched for more democracy took to the streets in droves, carrying yellow umbrellas. Many demonstrators were brutally arrested on charges of disturbing public order. Today, yellow umbrellas are only occasionally seen at rallies in Hong Kong.

With bright orange posters and banners, a civil protest movement in Ukraine forced the cancellation of a presidential election manipulated by fraud in 2004. During these massive demonstrations, orange was the color worn by the opposition. It stood for energy and set itself apart from the red associated with the Soviet communist era. Opposition candidate Viktor Yushchenko was defeated by the Russia-backed Viktor Yanukovych, who preferred the color light blue during the election campaign.

With Yushchenko, Yulia Tymoshenko was the co-leader of the Orange Revolution. She became the first woman to be appointed Prime Minister of Ukraine. However, it was unrealistic to hope that Ukraine could transform overnight into a successful democracy. 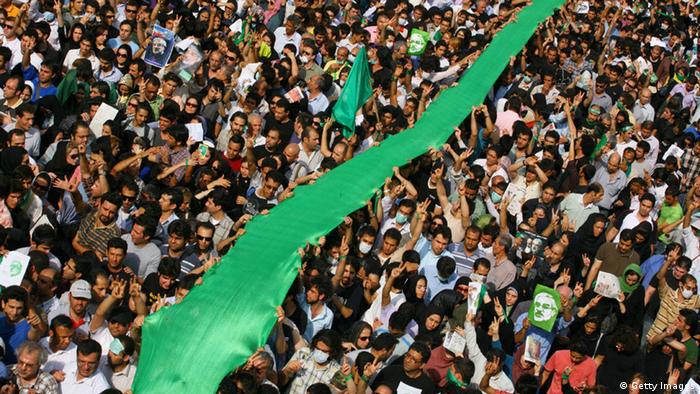 In June 2009, tens of thousands of Iranians demonstrated around the country, accusing the regime of falsifying the results of the previous election. The leadership reacted severely, and defenseless demonstrators were bludgeoned by militias. There were numerous deaths and injuries and 4,000 people were arrested. The Iranian opposition movement deliberately chose the color green, which is considered the color of Islam.

Many filmed the events on the streets of Tehran with their mobile phones. Iranian filmmaker and director Ali Samadi Ahadi, who fled to Germany in 1985, made the documentary film The Green Wave from this mobile phone material in 2010.

When the banned song "E Depois do Adeus" was broadcast on Portuguese radio on April 24, 1974, it was clear that the revolution was about to begin. Within a few hours, those organizing the coup had occupied the most important strategic points in Lisbon. The armed forces took command nationwide. 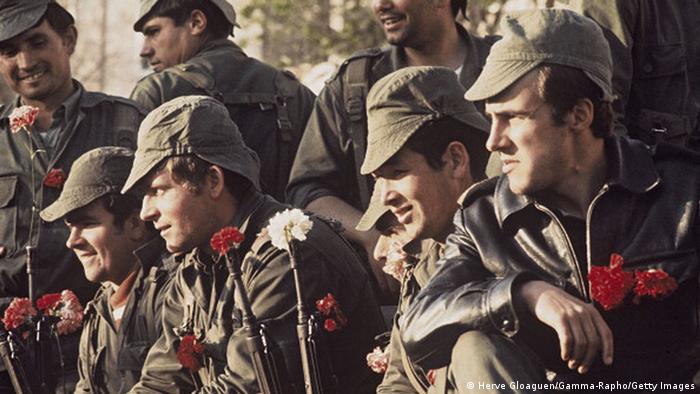 With carnations in their guns: Soldiers in Lisbon in May 1974

When tanks rolled through the streets of the Portuguese capital shortly afterwards, they were received enthusiastically by the population. Women stuck red carnations in the gun barrels of soldiers. The overthrow turned into a folk festival. A few hours later, Prime Minister Marcelo Caetano surrendered: The dictatorship in Portugal was history.

The exercises are likely meant to send a message from Beijing to pro-democracy protesters in Hong Kong, although analysts believe the Chinese government is unlikely to send in forces to intervene in the demonstrations. (15.08.2019)