Gender inequality was seemingly enshrined into Germany's reunification treaty, leaving divorced women from the former East living their retirement in poverty. But with a new government comes new hope. 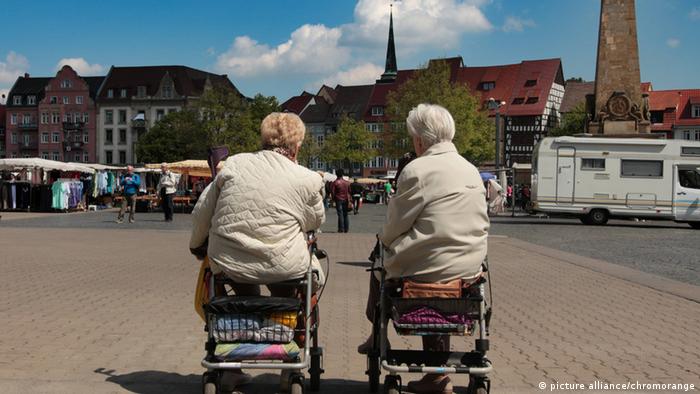 Margit Wolf worked in Leipzig for decades, raised her family and retired at the age of 65. Most German women with this biography would be entitled to a generous pension enabling them to live out their golden years in relative comfort. But Wolf, along with 30,000 other women from the former East Germany (GDR) are forced to subsist on the edge of the poverty line, at an average of €400 ($494) a month.

These women have been fighting for their rights for nearly 30 years, all because they happened to get divorced before the fall of the Berlin Wall.

Attempts to plead their case before the United Nations and the European Union have been unsuccessful, and now the Organization for the Divorced Women of the GDR (Verein der in der DDR Geschiedenen Frauen) is hoping that the new government of Chancellor Angela Merkel (herself a divorced woman from the former GDR) will finally come to their aid.

"After reunification, divorced men had their pensions grandfathered in, but the ones for divorced women were just canceled. Several women tried to sue the government as individuals but were rejected," Wolf told DW. 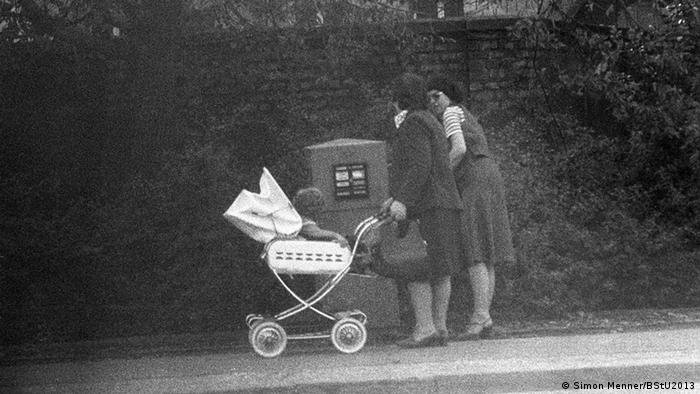 "Men in the GDR simply did not stay at home," her ex-husband included, Wolf said

After completing her studies, Wolf worked in the export business throughout the 1970s, 80s and early 90s, excluding the years she had to take care of her daughter because of a lack of state day care centers and the girl's illness.

Under the GDR, Wolf was promised that these years would be included in her pension. Now she receives €2.07 ($2.56) a month for that time.

After reunification, Wolf's firm went out of business and she was forced to take on a string of positions below her education level until her retirement due to perceived deficiencies in East German instruction, further diminishing her pension.

"I imagined my retired life somewhat differently. … The government only tells us 'you won't starve,' because we can apply for old-age welfare benefits."

Germany's 1990 Reunification Treaty seemingly covered everything in the social system, including divorced men. Yet it intentionally cut divorced women out of their pensions, calculating their pay on a scale of only "self-generated" net income that omits income earned while married and doesn't take into account time spent not working or working only part-time after the birth of children.

"For reasons that are difficult to understand, the men who wrote the treaty like [Former Finance Minister Wolfgang] Schäuble, decided to punish a particular group this way. It goes so far as to mention them by name, and note that they were offered no solution," said longtime human rights activist Marion Böker, who represented the women at the failed attempt to receive justice from the UN Convention on the Elimination of All Forms of Discrimination against Women (CEDAW).

Requests to every single session of federal and state parliaments since reunification have yet to yield any justice for these women. "New measures are continually recommended by the relevant committee for adoption and then rejected by the government," Böker told DW. 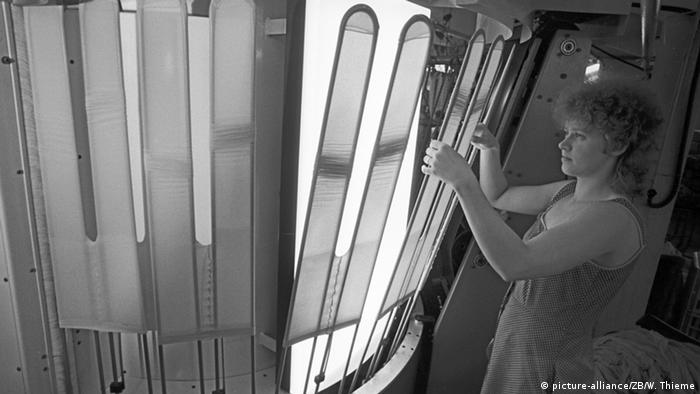 Despite their decades of work in factories, schools, hospitals and businesses, divorced women from the former GDR are left with little to survive on at the end of the month

Although requests for their rights to be enshrined in the federal government's new "grand coalition" agreement fell on deaf ears, both Wolf and Böker see a flickering light at the end of a very long tunnel.

Lawmakers from the center-left Social Democrats (SPD), the Greens and The Left party have all demonstrated their sympathy with the cause. Böker spoke with SPD leader Andrea Nahles just last week, and when the Conference of State Ministers for Women and Equality meets in Bremen in June, they have promised to make the GDR divorcees one of the main topics of discussion.

Additionally, the state legislatures of Brandenburg and Thuringia have promised to find a solution for the women as soon as possible.

But as Margit Wolf pointed out, this may be much too little, much too late. Many of the women who suffered from this systemic discrimination have already died, or are so old the changes will make little difference.

Who were the pioneers of Germany's women's movement?

Although Germany's women rights activists weren't as radical as their sisters in Britain, they started their struggle for equal rights very early, and they persevered. (08.03.2018)

Women getting ripped off: In Germany, pink razors cost more

A new study shows that women often pay more for goods and services than men in Europe's biggest economy. Though unofficial, the "pink tax" has worked its way into many different parts of daily life. (20.12.2017)